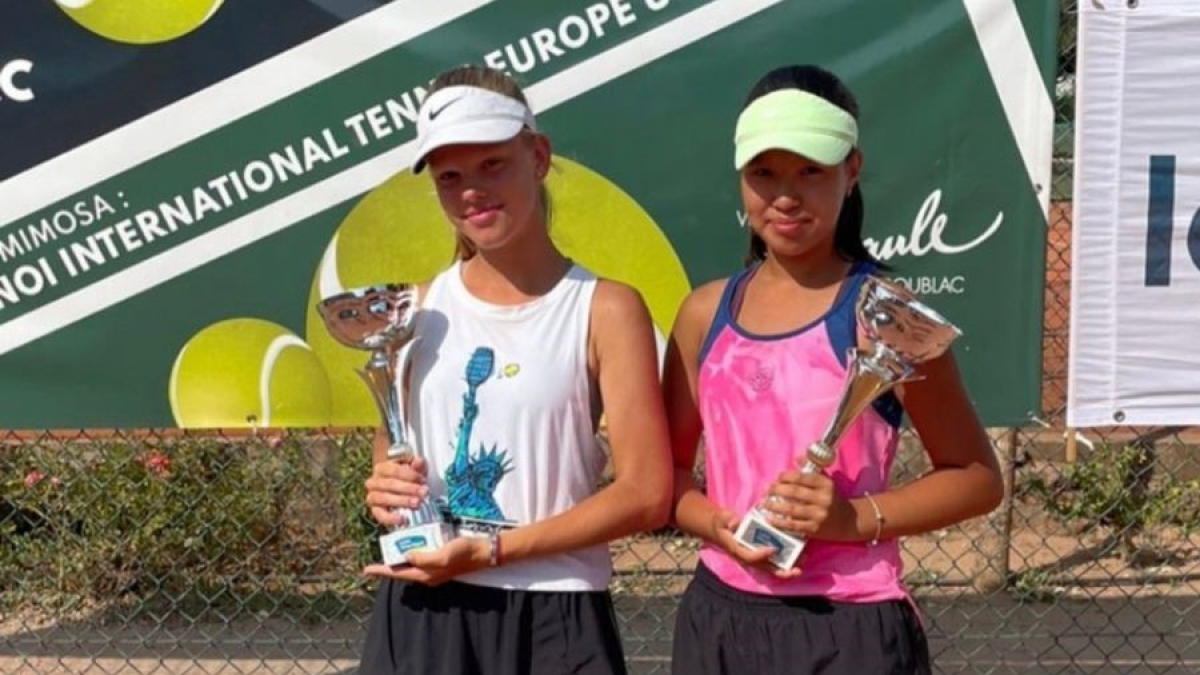 Yet another playing week at the Tennis Europe and ITF Juniors tournaments turned out to be successful for our young tennis players, the press service of the Kazakhstan Tennis Federation reports.

In France, at the La Balle Mimosa Loire-Atlantique tournament of the TE series of the first category among players under 14 years old, Kazakhstanis became champions in doubles among boys and girls. Ariana Gogulina and Satima Toregen defeated the third seeded pair of the competition Sofya Khetlerova (Czech Republic) / Sofya Krivoruchka (Ukraine) – 6:3, 7:6 (7:0). Damir Zhalgasbay in a duet with Daniel Tazabekov won a strong-willed victory over Japanese Ren Matsuruma / Rio Tabata with a score of 6:1, 3:6, 10:6.

Another Kazakhstani Ansar Nietkaliyev also became the winner of the doubles tournament. At the competition of the TE series among players under 12 years of the second category in Gdansk (Poland), Ansar, in a duet with American Camelot Carnelo, defeated the local tennis players – Voigt brothers – with a score of 6:2, 2:0 (refusal).

In Georgia, at the tournament of the ITF Juniors series among players under 18, Inkar Dyusebay won another trophy in doubles. In a duet with British Gabby Paskaus, she defeated Ulyana Romanova (Kazakhstan) / Diana Khaidarshina (Russia) – 6:3, 6:4. In singles, Inkar reached the semi-finals.