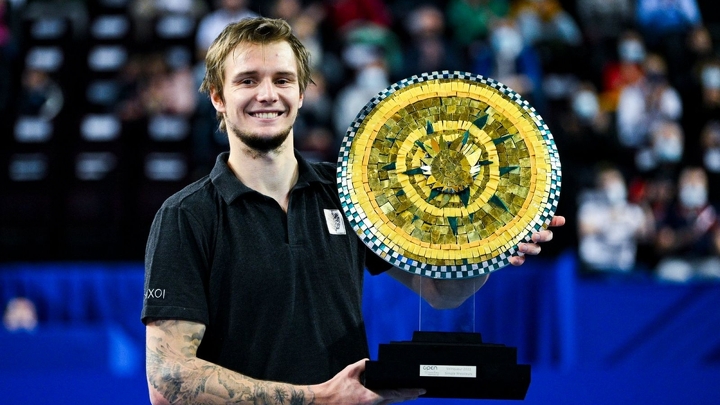 In the evening of Sunday 6 February, World No 35 and the best tennis player of Kazakhstan Alexander Bublik outplayed German Alexander Zverev in two sets with a score of 6:4, 6:3 in 1 hour 10 minutes in the finals of Open Sud de France tournament of ATP series in Montpellier. During the meeting, Bublik served eight aces and four breaks, making an error thrice when serving. Whereas Zverev served aces four times and converted one break point, making three double faults. The score of personal meetings of opponents became 2:0 in favor of the Kazakhstani.

The title of champion of the tournament in Montpellier was the first for Bublik in his career, bringing him almost 46,000 euros in prize money and 250 ranking points. Prior to that, the Kazakhstani played in the finals of the ATP series tournaments 4 times, but never became a champion.

Thanks to this victory, the Kazakhstani will become World No 31 in the updated rating.