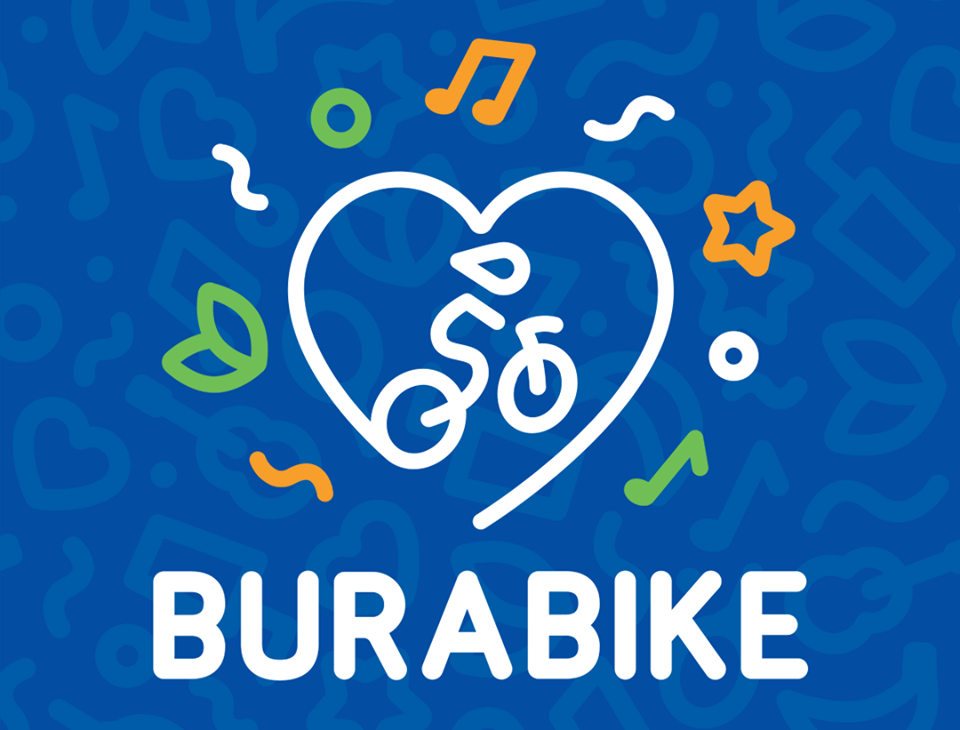 Talking about what the main charity event of Kazakhstan will look like this year.

In 2019 the event will for the first time take place under the Burabike Fest name (previously it was called Burabike and the Charity Tour de Burabay), the organising committee told. The Fest part was introduced due to the expansion of the programme and a considerable increase in numbers of those willing to take part: from 130 people in 2013 to 2,300 people in 2018. For six years Burabike has grown from a charity regional bike ride up to the national music and sports festival which has no equals in Kazakhstan. The format provides for both family recreation and youth drive in open air of the unique resort Borovoe.

The festival will become a two-day event. For six running years the event was held within one day. The bike ride took place immediately upon the registration. First riders to start were traditionally the leading inspirer of the festival, Kazakhstani businessman and philanthropist Bulat Utemuratov, and General Manager of the Astana Pro Team Alexander Vinokurov accompanied by other prominent businessmen, public figures and civil servants. They were followed by all bike ride participants who leisurely covered a distance of 25-30 km. Having made their finish, the participants received commemorative medals, enjoyed the picnic and the musical programme and then the festival was over. In 2019 the organising committee offers a more saturated two-day programme and ambitious changes in the format of holding sports runs and the charity auction.

Now two runs are planned through the festival programme: a bicycle racing on day one and a bicycle ride on day two. The bicycle racing will be for trained and professional athletes. They will be offered two distances – 35 km and 65 km. The organisers will introduce the RFID system to track the results of participants and to make winners known. On day two anyone willing to do so can take part in the 11 km bicycle ride with no age and sportive limitations. Thus, the sports part of the event will give chances both to take part in the competition and to make a slow bicycle ride along a new bike route.

The charity auction will also be held twice: on the first day at the gala dinner for the festival participants accommodated in the Rixos Borovoe hotel, and on the second day – during the daytime concert music programme in the open air. Doing so the organisers plan to involve more festival participants in charity, giving them the opportunity to participate in the auction and to adjoin its good-natured history.

“Formerly the initial value of lots which were placed on auction was rather high and not all those who wished could battle for the lots. Division into two auctions will allow to not only raise more money to help children’s medical institutions but also to involve more people into the charity auction participation. The new format will stimulate more participants to feel having a hand in a common goodwill cause, will help to develop the spirit of noble calling and engagement”, says Leya Khamitova, Marketing Director, Rixos Borovoe Hotel, organiser of the Burabike Fest.

A distinct interest of the public is always attracted by lots placed on the Burabike auction.

They, for example, always include rackets and uniforms with autographs of renown Kazakhstani and foreign tennis players, master classes and trips to world tournaments given by the Kazakhstan Tennis Federation, bicycles with autographs of famous bicyclists given by the Astana Pro Team members and Burabike ambassador Alexander Vinokurov. For several running years there have been auction lots placed by popular boxers: signed gloves of Gennadiy Golovkin and Serik Sapiyev. Lots also include pieces of art, gadgets, certificates for luxury goods produced by various partner companies. And the most expensive lot for the whole history of the auction was paintings by children of the Shchuchinsk Orphanage bought by philanthropist Bulat Utemuratov for 30 million tenge in 2016. This lot was not beaten even by Pele’s gear.

Olympic champion Alexander Vinokurov has been the Burabike ambassador and one of its most active participants for several years now. Members of the Astana Pro Team, where he is the general manager, take part in sports runs and place lots on the auction:

«Holding such events as Burabike is very important both from the charity point of view and for the development of bicycling culture and popularisation of healthy lifestyle in Kazakhstan. We can annually see that this charity ride gathers more and more participants and our team joyfully supports this beautiful initiative. It is always a big pleasure for us to take part in it, to bring here our racers, to place lots on behalf of the “Astana” bicycle team. Sums of money raised here during the charity auction are quite substantial indeed, we can see the results of these contributions every year and, of course, this really inspires. Burabike has already became an inherent part of our calendar, and I would like to express my big gratitude to the organisers for arranging such an important social event at the highest possible level”, commented Vinokurov on his participation.

Sponsor packages is one more novelty which, according to the organisers’ idea, is to increase the amount of funds raised for charity purposes. Sponsor packages will be offered in four categories from one million up to 10 million tenge and available to all big companies in Kazakhstan and the CIS.

All funds raised during the Burabike Fest are spent to purchase the needed equipment for children’s medical institutions of Kazakhstan. The final amount of the charity aid is a sum of money received through the charity auction, entry fees of the festival participants and sales of corporate sponsor packages.

«In 2018 the amount raised thanks to Burabike was 205 million tenge spent to buy two mobile intensive care units, artificial lung ventilation devices, newborn reanimation system and other vitally important equipment for the Merke, Timiryazevo and Alakol central district hospitals, the maternity home of Zharkent town, and the rural hospital of Agadyr village. We account for the funds raised and deliver the equipment in presence of Kazakhstani mass media so that everything would be as transparent as possible and the Burabike participants could see their contribution in the common goodwill cause”, noted Marat Aitmagambetov, Director of Bulat Utemuratov’s Foundation.

Almost 700 million tenge was raised for these six years, thereby perinatal centres, orphanages and children’s rehabilitation centres all over Kazakhstan could receive the required equipment. The granted equipment is actively used in their daily practice. Oleg Zaviyalov, Chief Doctor of the North Kazakhstan Oblast Children’s Hospital, told that for 5 months of 2018 they held 1,992 X-ray examinations using the fixed digital radiographic system Samsung XGEO GU60A given to the hospital by the Foundation and this allowed to increase the accuracy of diagnosing.

The Kzylorda Oblast Perinatal Centre received two humidicribs for premature newborns in 2014. On annual average, they perform 412 carriages between departments of the maternity home and to other medical institutions when complicated surgeries are required. One humidicrib is permanently located in the intensive care unit in case of urgent rides and flights to remote areas, and the second humidicrib is in the delivery department, in the stabilization room.

This year the Burabike Fest organizing committee expects more participants than in the last one. To remind, in 2018 the registration had to be closed early due to reaching the 2,500 people limit of participants. The organisers plan to increase the numbers of participants at the account of geographical expansion and involvement of participants from neighbouring Russia, Kyrgyz Republic and Uzbekistan who, in addition to racing, can also enjoy the natural beauty of Kazakhstan and get to know this tourist destination better. All conditions are being created for this. For example, now a tent camp will be set up for the Burabike Fest at the area adjacent to Rixos Borovoe for those who want to spend the two festival days in a maximum vicinity of nature. Tent camp residents will also be able to enjoy a short individual evening programme.