The strongest players of modern times arrived at the invitation of Bulat Utemuratov, the President of the Kazakhstan Tennis Federation. More than 11 thousand spectators came to see the battle of the titans.

A historical event took place on 24 October 2019 in the capital of Kazakhstan: world tennis legends Spaniard Rafael Nadal and Serb Novak Djokovic met in the court of “Barys Arena” palace. The eternal rivals held a charity match. It was unique as the strongest tennis players of the planet have never before played against each other in the post-Soviet space.

From 2016 the Kazakhstan Tennis Federation has been negotiating with Rafael Nadal and Novak Djokovic about holding the charity match in Nur-Sultan. The KTF President, business leader Bulat Utemuratov had a dream of bringing the first and the second rackets of the world to Nur-Sultan to popularise this sport.

“When the invitation came – I immediately agreed, as it’s for long time now that I have been keeping my eye on Kazakhstani tennis and am impressed with how dynamically it’s been developing”, – told Rafael Nadal at the press conference before the start of the game. “It’s a big honour for me to participate in this game as it’s about charity.” 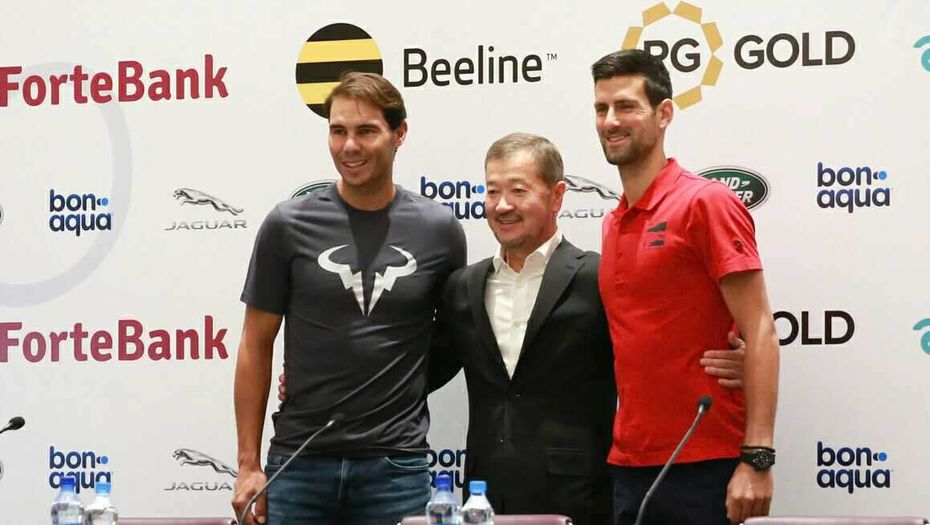 This match of the leading players of modern times in Nur-Sultan is not a commercial project.

“All funds received from the sales of tickets will be used for the development of children’s tennis in the country”, – said Bulat Utemuratov, the President of the Kazakhstan Tennis Federation, at the same press conference. “Therefore I am very grateful to Rafael Nadal and Novak Djokovic. They did everything possible for this battle to take place in Nur-Sultan. We planned to hold it yet two years ago, but due to the busy schedule of the guys we did not manage to do this then.”

Rafael Nadal noted the merits of KTF President Bulat Utemuratov, with whom tennis in Kazakhstan became available and widely spread.

“Bulat Utemuratov helps developing tennis. He is inspired with this sport and has done a lot. So many tennis courts have been built by him for the recent 12 years!” – emphasised Nadal. “Engagement of children in tennis has increased five times since he stood at the helm of the Kazakhstan Tennis Federation. He is a powerful person in ITF.”

A month and a half before the game Bulat Utemuratov was re-elected for the second term as a member of the Board of Directors of the International Tennis Federation, and then he was nominated to the position of the ITF Vice President. Since 2007 he has invested in the development of tennis in Kazakhstan over 60 million dollars. Mainly in the infrastructure development (if about 10 years ago there were 60 courts in Kazakhstan, now there are almost 200), arrangement of tournaments of Futures, Challenger, ITF and ATF series and participation in international Grand Slam competitions.

The apogee was famous tennis players coming to Kazakhstan. The visit had several purposes. Charity was not the last but not the main task. The head of the Tennis Federation wanted to show to children engaged in this sport that there was nothing impossible. The game of legendary players should inspire them to new victories. It was with good reason that, before the match, the eminent athletes held a master class for the best little tennis players in the country. 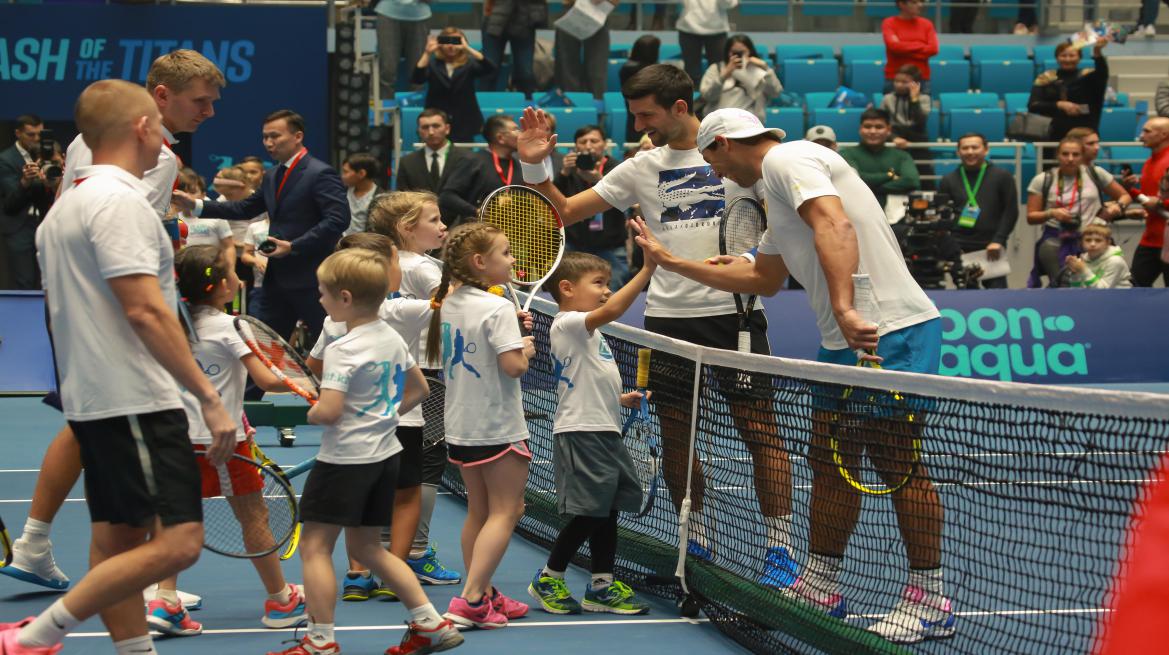 One more purpose of the “battle of titans” in Nur-Sultan – popularisation of tennis. Bulat Utemuratov invited the best tennis players of the planet to Kazakhstan so that after their game as many as possible young players would dream to take a racket in their arms and win over the world courts.

For the tennis players themselves, this was the 55th meet which became the high-profile sporting event of the year for Kazakhstanis. Fans from Russia, Uzbekistan and China also came to the charity match. The First President of Kazakhstan, Nursultan Nazarbayev, also attended the exhibition match.

And the tennis players performed not half-steam as in a friendly match, but literally snatched the victory from each other. While Rafael Nadal won in the first set with a score of 6:3, then the second set with the same score ended in favour of Novak Djokovic. Due to the equal score, a tie-break was announced. The match was won by Rafael Nadal with a minimum gap of 11:9. Now the Spaniard’s savings box has 27 victories over the Serb with 28 losses.