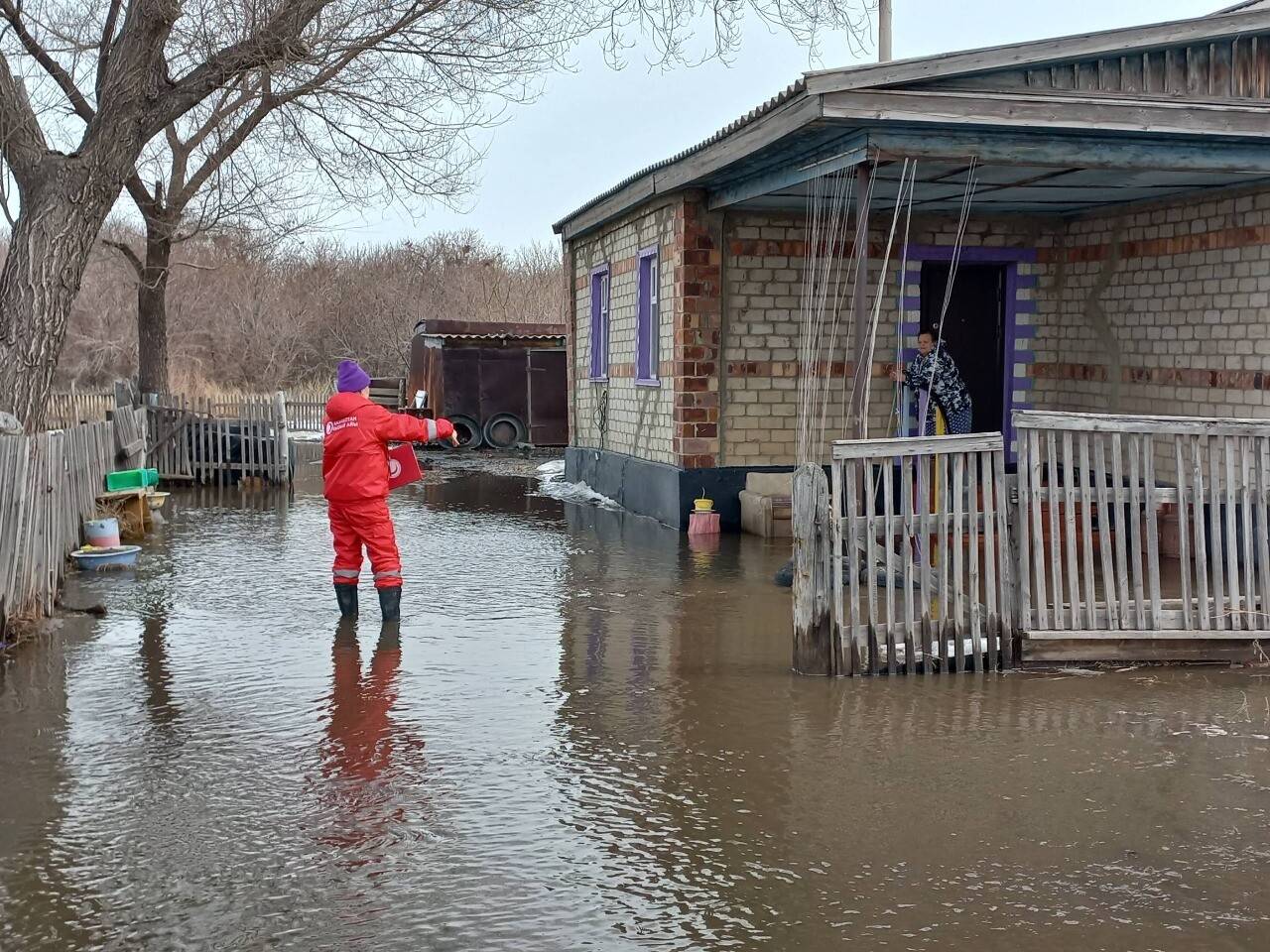 Bulat Utemuratov Foundation, together with the Red Crescent of Kazakhstan and ForteBank, issued “Aid Cards” to those affected by spring floods for a total amount of more than 110 million tenge.

Targeted financial assistance was provided to 224 families to eliminate the consequences of devastating floods in Aktobe, Pavlodar and West Kazakhstan regions.

“We have been running the “Aid Card” project for the fifth year, and during this time we have had the opportunity to see that such projects are necessary. Having a certain amount at their disposal, on average 400,000 tenge per family, people feel more confident and can plan their expenses themselves. According to our experience, the money received is invested in repairs or spent on the purchase of food and medicine,” told Marat Aitmagambetov, Director of Bulat Utemuratov’s Foundation.

“I have been living in this house for more than 10 years and water flooded our house for the first time, we did not expect this,” recalls Tatyana Kokh, a resident of the village of Rozhdestvenskoye. “We have packed some belongings and documents and sent our daughter and her one-year-old child to the relatives in the city, while my husband and I stayed in the house, trying to save the furniture. The water stood in the house for more than a day. During this time, the floors in four rooms became completely damp, the plaster on the walls came off. Though two weeks have now passed, dampness is still felt in the house, water squishes under the floor boards. Because of this, the daughter and her child cannot return home. We are waiting for warm weather to start repairs. We think we will repair one room at a time. First of all, we will buy new floor boards with the money received. We hope to have repairs completed over the summer.

The floods have already subsided, most of the residents were evacuated and settled in temporary accommodation centres, their lives and health are not in danger.

“I plan to use the money received to restore our house. Our walls are completely damp, the wallpaper in the rooms has come off, and the sofa has become completely unusable. There is a lot of work ahead,” shared Dinara Shalabayeva, a resident of Aktobe.

To remind, the “Aid Card” joint project of Bulat Utemuratov’s Foundation, the Red Crescent of Kazakhstan and ForteBank was launched in 2018. Over the years, more than 9,000 Kazakhstanis have received aid for combating the consequences of spring floods in the amount of 360 million tenge.