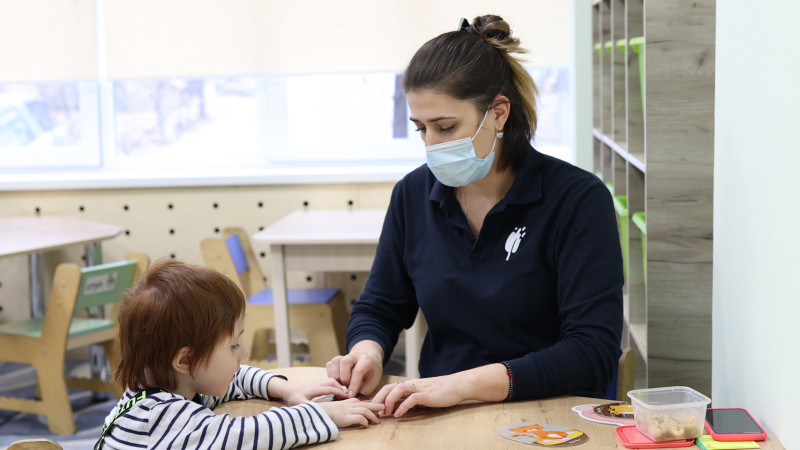 The new building of the Assyl Miras Autism Centre is located at 122 Kunayev Street. Thanks to the expansion of the centre area, adaptation programmes will cover about 300 families a year. Bakytzhan Sagintayev visited the new centre and got acquainted with the work of specialists.

Sagintayev noted the contribution of Bulat Utemuratov’s Foundation to the solution of social issues of the city. The network of Assyl Miras autism centres has proved its effectiveness, becoming the role model of correctional work with autistic children. “Moving the centre to a new building will allow the institution’s specialists to help even more children,” said the Akim (mayor).

Assyl Miras in Almaty became the first autism centre opened by Bulat Utemuratov’s Foundation in 2015. Over the past 7 years, about 2.8 thousand children have been diagnosed for signs of ASD, about 1.5 thousand children have received qualified assistance. The centre works on six intervention programmes, each of which is aimed at identifying and eliminating deficits in social, verbal and everyday skills.

“I would like to express my gratitude to the Akimat (administration) of the city of Almaty for supporting our programme from the first day of the centre’s existence. The new building provided by the city administration will allow for adaptation programmes to cover about 300 families raising children with ASD annually. Here, our specialists will help diagnose ASD, and if they detect that a child has a disorder, they will enroll the child in an appropriate programme to develop missing life skills,” said Dr. Almaz Sharman, Chairman of the Board of Trustees of Bulat Utemuratov’s Foundation.

The network of Assyl Miras autism centres, opened on the initiative of Bulat Utemuratov, currently successfully operates in 9 cities of Kazakhstan. It is planned to open centres in Taraz and Karaganda.

The significance of the philanthropist’s public activities as the founder of a charitable foundation and the president of the Kazakhstan Tennis Federation is noted at the state level. On the occasion of the 30th anniversary of independence of the Republic of Kazakhstan, Bulat Utemuratov was awarded the second class Barys Order.