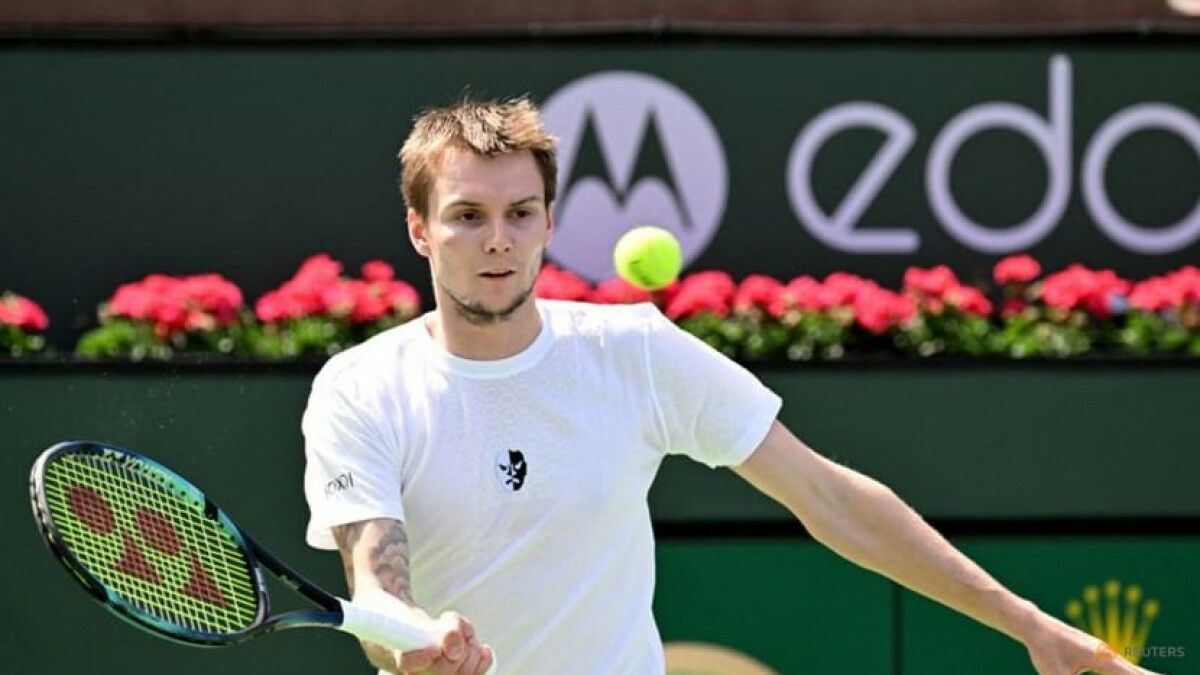 Kazakhstani tennis player Alexander BUBLIK became an author of a big sensation at the large tournament in Indian Wells. He won over the two-time Olympic champion, the winner of three Grand Slam tournaments, ex-World No 1 Briton Andy MURRAY!

It took the Kazakhstani less than two hours to defeat the world tennis star. For this time, Bublik served 11 aces, made 6 double faults and converted 1 of 5 break points. The duel score was 7:6 (11:9), 6:3. You can see from these dry figures that the real rumble took place in the first set, especially in the tie-break. Alexander himself confirmed this too.

But, according to him, if Murray were younger, then it would be much more difficult to defeat him. To remind, the famous Briton is now 34 years old, and the Kazakhstani is 24.

But one must admit that Bublik recently often pleased us with sensational results. For example, in February, he became the winner of the ATP Open Sud de France tournament in Montpellier, beating world No. 3 Alexander ZVEREV from Germany in the final. And most recently, in the qualifying round of the Davis Cup, he defeated the eighth racket of the world, Norwegian Casper RUUD, thus ensuring the victory of the Kazakhstan national team. In the third round of the tournament in Indian Wells, the Kazakhstani will meet with Bulgarian Grigor DIMITROV.

Andrey GOLUBEV too made it to the 1/8 finals of the American “Masters”. Paired with Alexander Zverev, they beat British Daniel EVANS and Russian Karen KHACHANOV – 7:5, 6:3. The next opponents of the Kazakh-German duo will be Salvadorian Marcelo AREVALO and Netherlander Jean-Julien ROJER. Unfortunately, Mikhail KUKUSHKIN left the tournament in California. The Kazakhstani lost to American Tommy PAUL – 4:6, 4:6.

And at the Women’s Masters in Indian Wells, Elena RYBAKINA defeated the winner of the WTA 250 Astana Open 2021, Belgian Alison Van UYTVANCK – 6:1, 7:5. In the third round of the BNP Paribas Open competition, our athlete will play with cool Belarusian Victoria AZARENKO.

Another Kazakhstani tennis player, Yulia Putintseva, has already zipped up her racket bag. In the second round of the tournament in Indian Wells, Yulia lost in a difficult three-set duel to Victorija GOLUBIC from Switzerland – 3:6, 6:2, 4:6.

By the way, it became known that the rival of the women’s tennis team of Kazakhstan at the Billie Jean King Cup will be the German team. The match will be held on 15-16 April 2022 in Nur-Sultan. The winner will advance to the final stage of the tournament, which will take place at the end of the year. To remind, the team of Kazakhstan qualified for the Billie Jean King Cup after winning the playoffs over the Argentines.

It is interesting that the games with the Germans will take place on a specially created clay surface in the hall of the National Tennis Centre (NTC).

“The NTC was chosen not by chance,” – says the vice-president of the Kazakhstan Tennis Federation, Yuri POLSKY. “We have very good statistics on the capital’s courts, where our teams consistently defeat eminent rivals, including teams from Switzerland, Argentina, Japan, Italy, Portugal, the Netherlands and many others. Kazakh players approach matches at home with special responsibility. Thanks to the quality preparation and support of our beloved fans and native walls, we have already won 20 matches played at home, which is an amazing statistic. We will do our best to keep this trend sustained.

All these big victories in tennis are won for Kazakhstan by former Russian players. However, we also have our own homegrown little stars. So, 13-year-old Zangar NURLANULY became the absolute champion of the second category in the Baseline Open U14 2022 Tennis Europe series in Slovakia. In the final, the Kazakhstani in a three-set dramatic match defeated Slovenian Zigo SHESHKO – 3:6, 6:2, 7:6 (7:1). This is his fifth European singles title now! Interestingly, in a duet with this same Sheshko, our Nurlanuly celebrated the victory in doubles, beating Chinese Yanghong LI and Czech Jan RASTITSA – 6:2, 7:5.

“Of course, I will celebrate the victory, but it’s not the time to relax – we must continue working. I will rest a little, and then I intend to play in a super category tournament in Portugal. Then, as part of the national team, I will go to India, where we will play qualifying matches for the Junior World Championship. Playing for the national team is very obliging for me. My national team debut will be one of those moments that I will remember for the rest of my life,” Zangar Nurlanuly admitted to the KTF press service.