It is for the sixth time that the national tennis team of Kazakhstan made it to the top division of the Davis Cup. Eighteen strongest teams of the planet met in the final round.

The final round of the Davis Cup took place from 18 to 24 November in Madrid. These are the largest international team competitions in men’s tennis. Matches are held under the auspices of the International Tennis Federation, where the head of the Kazakhstan Tennis Federation, Bulat Utemuratov, was elected as Vice President in October 2019.

This year the Davis Cup changed the format of competitions. Now it is called the World Cup of Tennis Finals. Eighteen national teams were qualified for the World Group, including Kazakhstan, on a par with such tennis powers as the USA, Canada, Spain, Serbia, France and Russia.

Kazakhstani tennis players have been taking part in the Davis Cup landmark competitions since 1995, but managed to join the World Group from 2011 only. Experts link this with the development of tennis in the country, the boom of which started when philanthropist and business leader Bulat Utemuratov joined the Tennis Federation. The KTF invited promising legionnaires who more than justified the investment. This is the entire men’s national team: ex-first racket of Kazakhstan Mikhail Kukushkin, the current first racket of the country Alexander Bublik, the strongest players Dmitry Popko, Andrey Golubev and Alexander Nedovesov. They were invited so that the successful tennis players could, while Kazakhstan is raising young cadres, adequately represent our country on world courts.

The KTF President has one main goal – to make Kazakhstan a tennis power. Our country is reaching this goal with a solid step. A bright proof of this is the fact that Kazakhstani tennis players placed themselves among the world tennis elite for the sixth time. After all, 10 years ago this seemed hard to achieve. 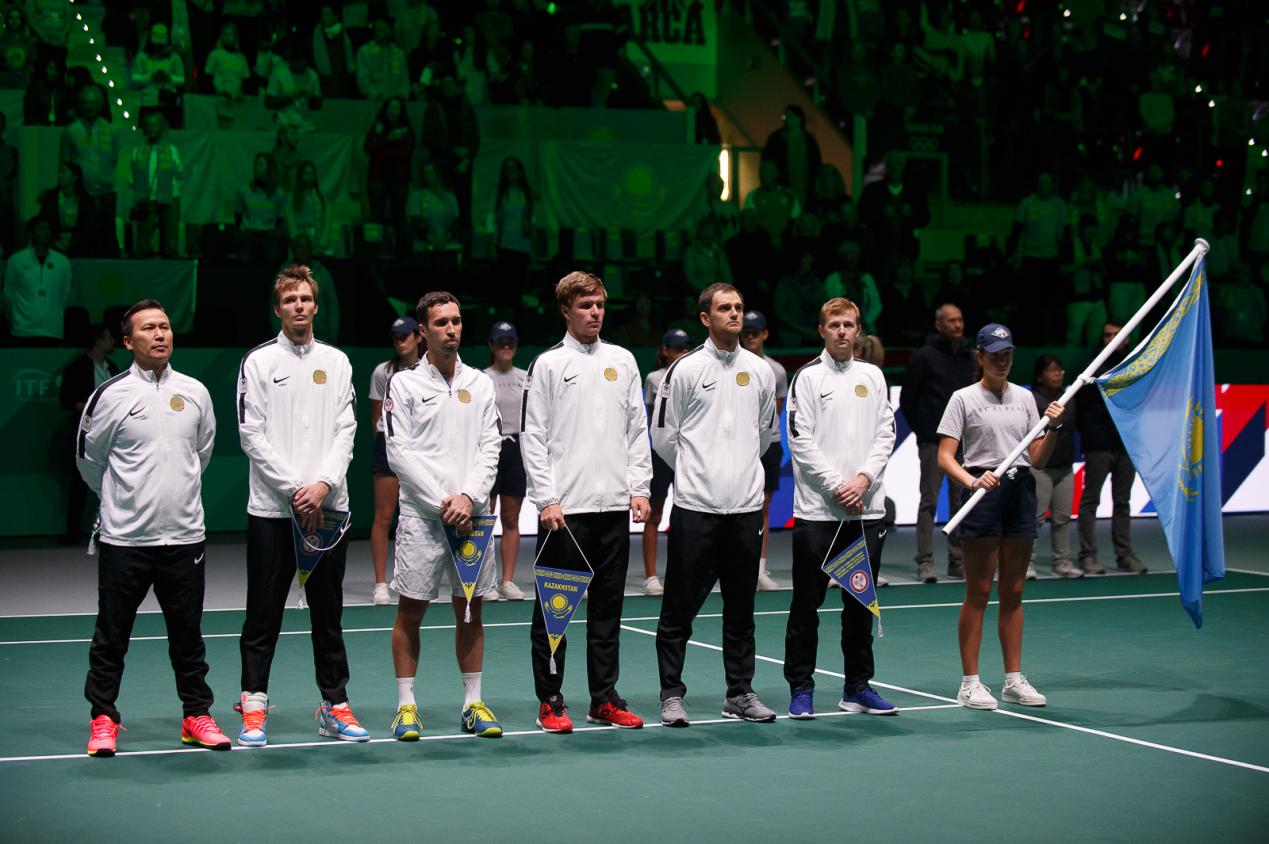 The final tournament of the Davis Cup-2019 included four semifinalists of the previous season (Croatia, the USA, Spain and France) and 12 teams selected according to the results of qualification tournaments. Two more teams received a wild-card from the organisers (Argentina and the United Kingdom). Kazakhstan was among those who successfully qualified, defeating Portugal in Nur-Sultan with a score of 3:1.

The Kazakhstani team had to hold the tournament in Group E with the Netherlands and the United Kingdom. Each match consisted of two singles and two doubles meetings in the courts of La Caja Magica stadium in Madrid.

“Great Britain is a favourite. The Netherlands – that hard nut to crack, an effort is need to win it over. No one is here just to sell the match easily. Everyone is to be fought with, a good result must be shown. Both teams have amazing players paired. We are in for tough games both in doubles and in singles. We are ready. I am happy and proud that we represent our country here,” said Dias Doskarayev, captain of the Kazakhstan team, at the press conference before the start of the game.

The Tennis Federation brought their fan-group from Kazakhstan to Madrid, and invited the local diaspora and Kazakhstani students studying in the Spanish capital. The fans have been supporting our tennis players throughout all games. 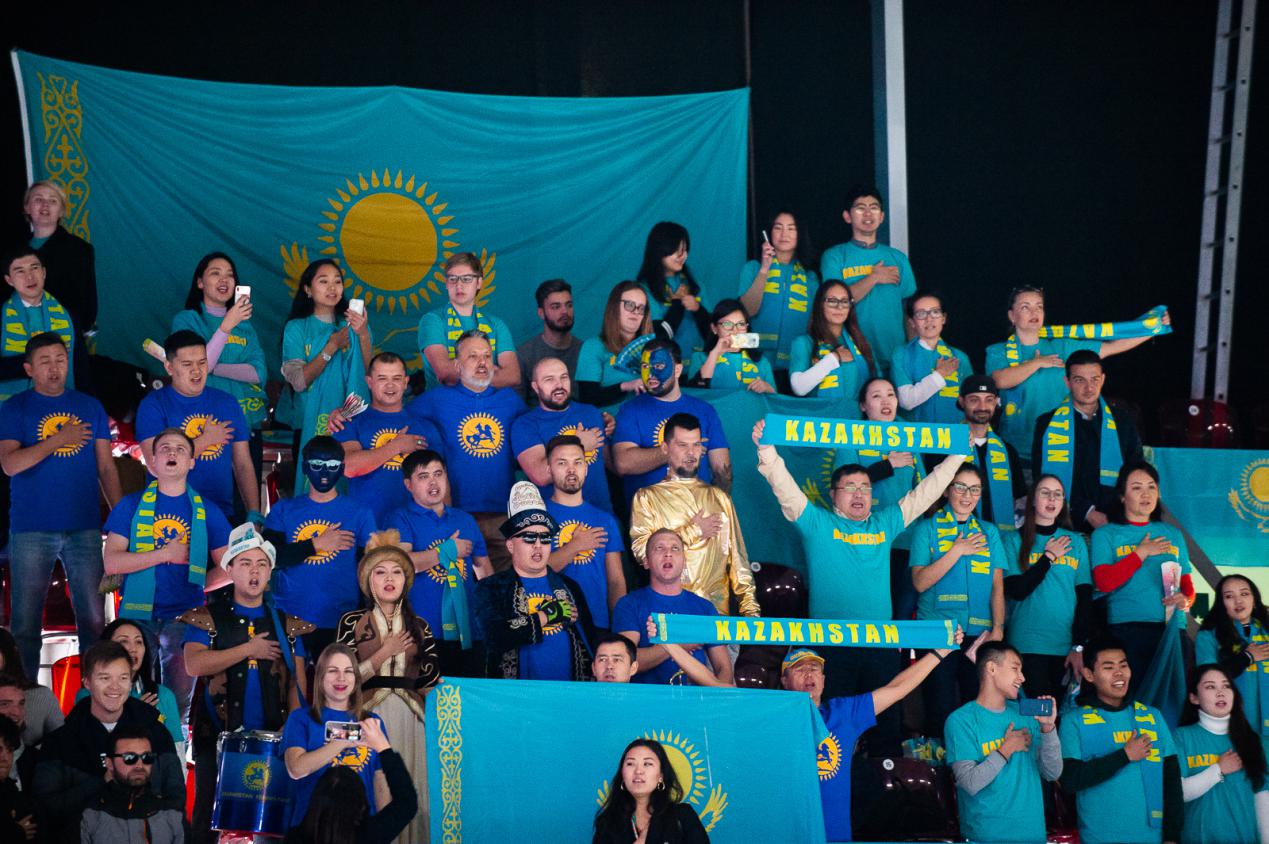 Our team was considered a favourite in the battle between Kazakhstan and the Netherlands. The guys did manage to confirm this status. First, Mikhail Kukushkin in a match with Dutchman Botik Van de Zanshulp took the victory in two sets with a score of 6:2. For the second match, Alexander Bublik lost to Robin Haase, but then took revenge in the doubles match together with Mikhail Kukushkin. The Kazakhstanis defeated their rivals Robin Haase and Jean-Julien Rojer with scores of 6:4, 7:6 (7:2). Thus, our team won over the Netherlands in Group E.

“Robin Haase and Jean-Julien Rojer were defeated because Kukushkin and Bublik played an amazing match. This is especially true about Mikhail. He was great in serving and returning. It was that physically and psychologically Kukushkin was ready for all 100%. And Alexander proved that he rightfully held a high place in the world ranking. His first serves are incomparable,” commented on the victory of the Kazakhstanis the Dutch national team captain, Paul Haarhuis.

The next rival in the group – the UK team, which was fortified before the tournament with a legendary player – ex-world No 1 Andy Murray. With his return to the court after an injury, the British team broke through to the favourites of the group.

Mikhail Kukushkin played the first singles match against Kyle Edmund. The battle ended in favour of the Brit. The second singles turned out to be in favour of Kazakhstan: Alexander Bublik took over Daniel Evans in two sets. However, in the group match the Kazakhstani tennis players lost to the strongest pair of the planet – Jaimie Murray and Neal Skupski. Thus, our team won the second place in Group E of the Davis Cup 2019.

“Kazakhstan is a young republic where tennis just started developing. The Davis Cup participants are countries with multi-century histories. For instance, the UK has been participating in the tournament since 1900. Kazakhstan has been in the top division of the Davis Cup among the strongest national teams for many years now. This should be appreciated,” Dias Doskarayev commented on the second place.

It was not a defeat, but it was a tough battle. Our tennis players did their best, but the rivals were stronger. The national team of Kazakhstan once again created the history of the Kazakhstani tennis. Now it will have to repeat its success in the match with the Dutch team next year to qualify for the final round of the Davis Cup 2020. The match will be held on 6-7 March in Nur-Sultan.