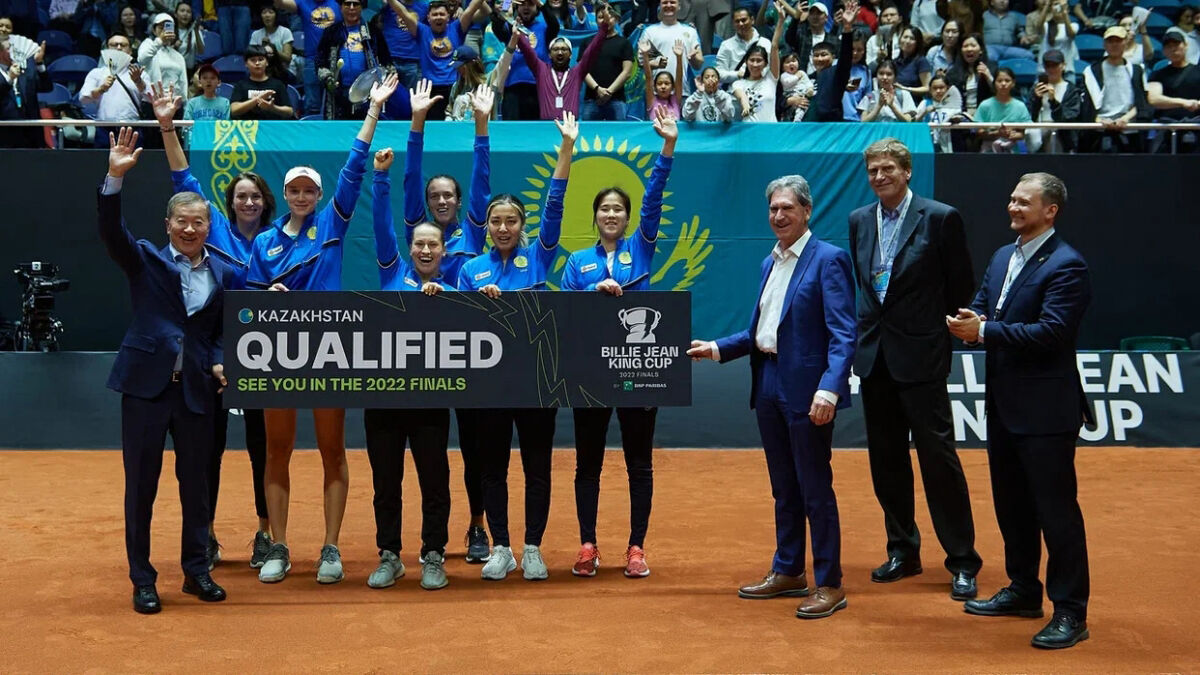 If the main team tournament in men’s tennis has been called the Davis Cup for more than 120 years now, then its female counterpart has changed not only the format, but also the name more than once. From 1963 to 1995 it was called the Federation Cup, from 1995 to 2020 it was called the Fed Cup, and since September 2020 it has become known as the Billie Jean King Cup.

Along with the new name, the tournament also acquired the official status of the World Team Championship. Now it is called Billie Jean King Cup – The World Cup of Tennis. In 2021, the Russian team became the first winner of the competition of female tennis players (the final was not held in 2020 due to the pandemic).

The women’s tennis team of Kazakhstan, having previously played away three times, lost the deciding matches for entering the Fed Cup World Group II. And now it is yet another attempt to break into the top 12 teams in the world.

Before the start of the tournament, at pre-match press conferences, captains Yaroslava Shvedova (Kazakhstan) and Rainer Schuttler (Germany), as well as leaders of the teams Elena Rybakina and Angelique Kerber were cautious in their forecasts, noting that the match would be complex for both sides.

The hosts’ advantages were both native walls and strong support from the fans, as well as the clay surface, on which both Elena Rybakina and Yulia Putintseva feel comfortable, just as the other members of our team – Zarina Diyas, Anna Danilina and Zhibek Kulambayeva do.

The first day of the match for reaching the final stage of the World Cup showed that the hosts were seriously determined to win. Putintseva, having beaten the ex-first racket of the world, the champion of three Grand Slam tournaments, Angelique Kerber in three sets, brought the first point to the collection of our team. Yulia made the fans worry only in the first set, which she lost with a score of 3:6.

Having overcome the starting excitement, in subsequent sets she made Kerber run more around the court and make mistakes more often. The score of 6:3 and 6:2 in favour of Putintseva speaks for itself.

In the next match, Elena Rybakina, playing for the national team of Kazakhstan for the first time, strengthened her advantage by defeating German Laura Siegemund with a score of 6:0 and 6:1. Thus, our national team took the lead – 2:0.

The next day, the first racket of Kazakhstan, Elena Rybakina, defeated Angelique Kerber with a score of 2:1 in a dramatic match. Moreover, the German won the starting set – 6:4, and our athlete leveled the position in the second set – 6:3. In the deciding third set, Elena, losing 3:5, managed to show her character and win with a score of 7:5.

“The match was very uneasy, it was difficult to play. But I adjusted. I realised that, of course, we would both fight to the last point. And nerves, and everything in general that was possible to feel, I felt on the court. I think I have a level and I could play better. I don’t think this is my limit. Maybe Angelique can say the same thing, because, as I said before, we have just moved to clay. I didn’t serve well today compared to yesterday. But in general, I am glad that I managed to overcome it,” said Rybakina.

This victory brought the Kazakh female tennis players a general success over the German national team – 3:0. And with this success came – for the first time in the history of Kazakhstani tennis – a ticket to the final of the Billie Jean King Cup. The remaining matches were just a mere formality.