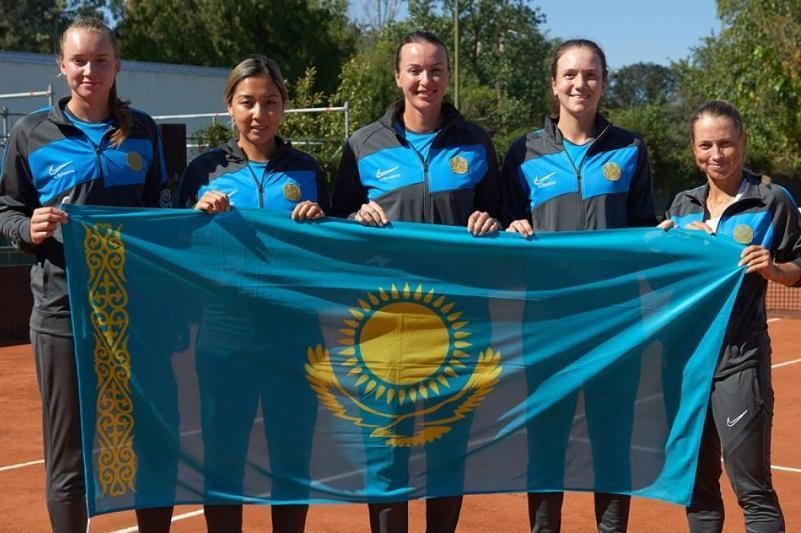 NUR-SULTAN. KAZINFORM – The confrontation in the playoffs of the Billie Jean King Cup between Argentina and Kazakhstan ended with a triumph for our National Team! The second game day of the match meeting in Cordoba turned out to be 100% dramatic. The press service of the Kazakhstan Tennis Federation has summed up the results of the tournament, Kazinform International News Agency reports.

An even score 1:1 after the first day meant that teams should start from scratch again. The morning session was opened by Elena Rybakina and Nadia Podoroska. The day before Rybakina, unexpectedly for everyone and for herself, lost to Maria Lourdes Carle. It happened because of her feeling unwell due to sunstroke. There were fears that Elena would not be able to recover and play, but the best tennis player in the country not only came to her senses, but a day later she entered the court with renewed vigor. The fate of the first set was decided in the 10th game, when Elena took the opponent’s serve – 6: 4. In the second game, the Kazakh, inspired by the success and strong support of her teammates, also felt confident. A break in the fourth game gave our tennis player an advantage in points.

Then the Argentinean managed to take the serve at the most crucial moment, when Rybakina served for the match. But then the scenario of the first set was repeated. After the change of sides, Podoroska came out to serve and at the most crucial moment Nadia’s hand trembled, she gave Elena not only the game, but the whole match. Again the score was 6: 4 and Kazakhstan took the lead in the confrontation with Argentina 2-1.

“Today I was tuned up for the game. I felt better than yesterday. The day before, we talked with the captain and came to a decision that I should go to court. The girls supported me actively, for which I am very grateful. Today’s duel was hard for me: both physically and psychologically. I was ready to fight; I set myself the task of winning in two sets, as playing in three games would be difficult for me in every sense of the word. I am happy that I was able to win!” shared her emotions Rybakina after the game.

Yulia Putintseva followed on to the court. But confidently leading her match to victory, the 30th racket of the world could not finish the meeting with Maria Lourdes Carle. Two sets ended in tie-breaks. The first was won by the Kazakhstani – 7: 6 (7: 3), and the second – with the same score 7: 6 (7: 3) – by the owner of the court, but Yulia was leading in that set and would have finished it winning if not for the muscular cramp. In the 8th game, during her serve, the Kazakhstani began to experience discomfort. After a long break and medical assistance, Yulia still started the third set, but could not finish even a game. The local medical team assisted her right on the court.

Argentina leveled the score again and now the teams had to play in doubles, this game was to be deciding. Anna Danilina and playing captain Yaroslava Shvedova were announced for our team. At first, the Kazakhstani tennis players had a great advantage in this meeting, not least due to their freshness: they have not entered the court of Cordoba yet, and their rivals Podoroska and Lourdes had two difficult games in two days. Our team defeated the Argentines in the first set, giving them no single game – 6: 0. Experienced Shvedova started her attacks powerfully from the back line, and Danilina, who plays flawlessly at the net, skillfully completed them. The local spectators fell silent, and the rivals resided in a slight shock. A struggle ensued in the second set. The Argentineans, urged on by local fans, began to snap back and were able to convert a break point, but they lacked the skill and luck that always accompanies the strongest to turn the tide of the meeting. 7: 5 – in favor of the Kazakhstanis.

Thus, Kazakhstan won a historic victory, winning for the first time in the playoff round away. The national team not only retained its registration with the World Group, but also received the right to play in the closing qualification for the final of 2022. Today winners were determined in 7 more pairs in playoff rounds: Ukraine – Japan 4:0, Poland – Brazil 3:2, Netherlands – China 3:2, Great Britain – Mexico 3:1, Serbia – Canada 0:4, Latvia – India 3:1, Romania – Italy 1:3. Now these 7 winning teams, together with Kazakhstan, have advanced to the decisive qualifying round, which will take place in February 2022. They will also be joined by 8 more teams out of 10 who achieved places from 3 to 12 in the final-2021 (two teams out of 10 will immediately go directly to the final-2022 whereas one will be from the host country, and the other will be given a wild card). Accordingly, 16 teams will be split by draw into pairs, where 8 participants of the 2022 final will be determined in matchup with each other (they will already be awaited there by the finalist and the winner of the 2021 final, the host country and one wild card holder).

To remind, the Billie Jean King Cup tournament until 2020 was called the Federation Cup, but in September it was renamed in honor of the American tennis player Billie Jean King.