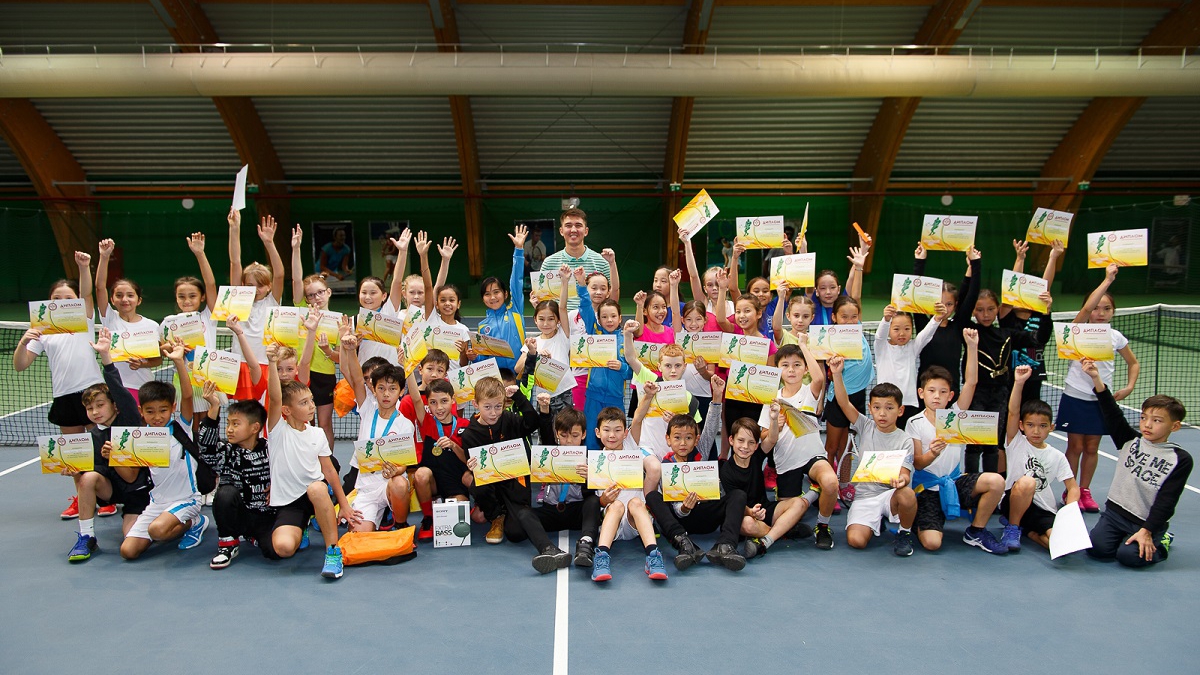 13 years ago, one event happened in Kazakhstan that generated lots of buzz among parents of little children. “That’s it, we’ll send Yarik to court tennis and will bring him up as the sports star”, such talks could be heard in kitchens all over the place, just the name of a child changed. We’ll tell you how it all started.

Very few people heard of the Kazakhstan Tennis Federation which either has been functioning, or just has been nominally launched, from 1991. Everything changed in 2007, when the organization was headed by businessman Bulat Utemuratov. The result was modern tennis courts built in each oblast centre of Kazakhstan, a programme of development of children’s tennis launched. For the period from 2007 to 2019, the number of courts in the country has grown from 62 to 297, i.e. it has become five times more in 10 years. The Tennis Federation has no less ambitious plans for 2020 too: construction of tennis centres in five cities and towns: Almaty, Turkestan, Karaganda, Lisakovsk and Rudny in the Kostanay Oblast. Parents can set their minds at rest: all centres will be equipped with inside and outside courts. But first things first.

24 October 2019, Nur-Sultan. In spite of the late hour (11.45pm), the capital’s airport is noisy and crowded: journalists and a delegation are meeting two greatest sportsmen at once – Novak Djokovic and Rafael Nadal.

Next evening Nadal and Djokovic held a charity match for 12 thousand spectators in the Barys Arena Palace. All proceeds from the sales of tickets were put in the development of children’s tennis in Kazakhstan.

“Experts call this match unique not only for Kazakhstan but for the CIS countries too, as tennis players of such a level – the first and second rackets of the world – have never yet met on the courts of post-soviet countries before”.

The outstanding sportsmen took part in several events arranged by the Kazakhstan Tennis Federation. Before the match Djokovic and Nadal had a master class for the winners and awardees of the Kazakhstan championship for players under 10 years. Besides, they participated in the opening of the new tennis centre in the Zheruiyk Park where they were invited to as the guests of honour.

The winners of Roland-Garros, US Open and Wimbledon have a huge number of fans in Kazakhstan, and not only the capital inhabitants were noticed among the spectators that evening. This once again proved that Kazakhstan has got a large tennis community.

“Having witnessed the duel of legends, children wanted to become such greatest players themselves and, of course, they rushed to join the tennis section, and it was the Kazakhstan Tennis Federation deserving credit for this. It happened before too.  On 25 September 2014 an exhibition match of Rafael Nadal against Jo-Wilfried Tsonga (6:7, 6:3, 6:4) took place in the capital. And now, the effect of that battle was just astonishing. As per open data, a huge number of kids got a craving for engaging themselves in tennis, as such tremendous events always charge emotionally so much as if it were a Kazakhstani who sensationally won the Grand Slam tournament, the world championship or the Olympic Games”, said sports observer Timur Baiketayev.

“Hello, salem”, Novak Djokovic greeted the press before the duel. And joked: “I am not as handsome as Nicholas Cage. But am ready to try your national costume on myself today”.

“You speak Russian, and I know this language a little bit. It is my first time in Kazakhstan, in this beautiful city. Thanks to Nadal that he will play against me again”, said Djokovic. “It is important for our sports that such person as Bulat Utemuratov renders support to tennis”.

The winner of the charity match was Rafael Nadal. As per the regulations, the meeting was held in two sets. Nadal was stronger in the first one (6:3), and Djokovic played better in the second one (6:3). As a result, the winner was revealed in the tie-break which was completed with an 11:9 score in favour of the Spaniard.

That is, everyone can play tennis, can’t they?

Parents to note: every big oblast centre now has its own professional trainers who are ready to reveal and train new Jokovics and Sharapovs. As the Tennis Federation is convinced that the brightest sports diamonds are hidden off the beaten track. There is an infrastructure established for this, strong trainer teams gathered and an opportunity to regularly participate in tournaments not only in Kazakhstan, but on the international arena provided.

In 2019 the Kazakhstan Tennis Federation organised and successfully held over 40 international tournaments of ATF, ITF and ATP ChallengerTour series, having received a high evaluation of the tournament organisation from the International and Asian Tennis Federations. There were also over 100 tournaments of the Republican scale and 120 “Tennis under 10” tournaments held, including the culminating championship of Kazakhstan in contemplation of the most memorable match of the year –the clash of the titans Nadal and Djokovic.