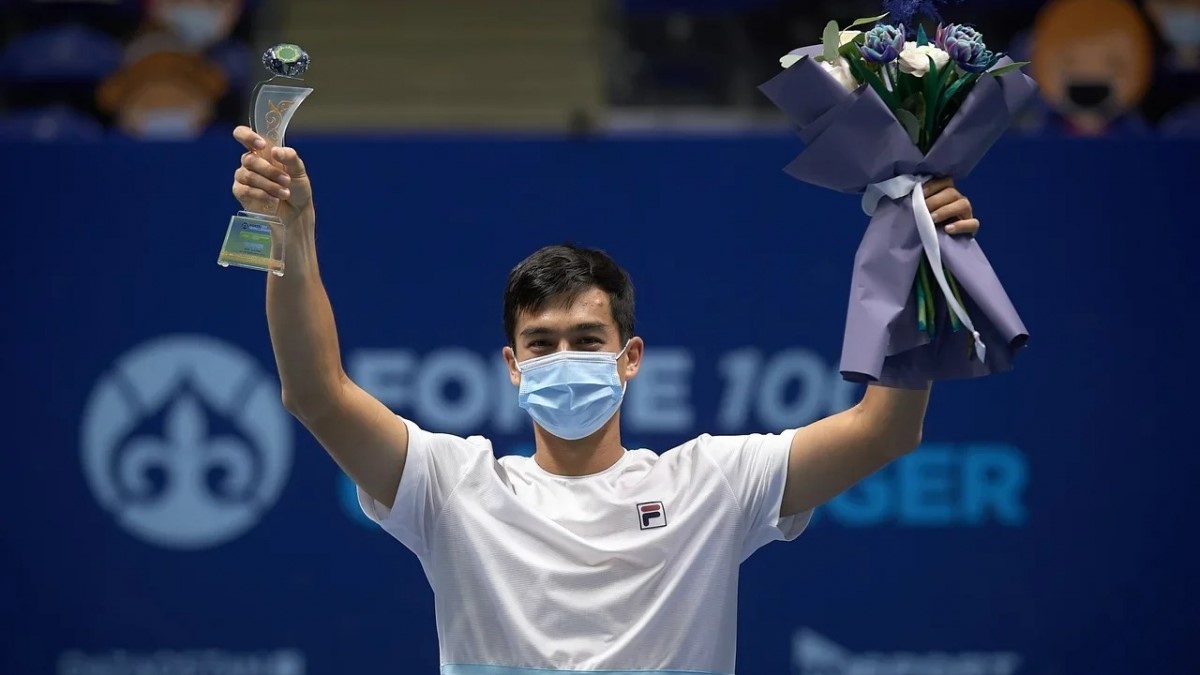 He took the victory over Austrian Yury Rodionov. The outcome of the meet is 6:1, 6:2.

An American tennis player Mackenzie McDonald won Forte Challenger 100 in singles in Nur-Sultan. The American defeated Austrian Yury Rodionov in the deciding game with a score of 6:1, 6:2, the Kazakhstan Tennis Federation reports on its website.

“Both tennis players came to the final in a good shape. Rodionov started the final confidently. In the first game, the Austrian had two break points on the American’s serve, but having made powerful two serves Mackenzie levelled the game, and put an end to the next rally with a powerful forehand. The unrealized break greatly affected the psychological state of Rodionov, who gave two games to his opponent on his serve. MacDonald pulled his opponent apart in the corners and took the first set with a score of 6:1,” the report says.

Mackenzie MacDonald played aggressively, with tight shots across the entire width of the court and tried not to let the opponent slow down the game, which brought him points. The game of the Austrian tennis player “fell down”, experts say. MacDonald was well concentrated, focused on the game and finished his shots accurately.

“Discouraged Rodionov could not return to the game and lost the set – 2:6 and the whole match,” noted in the Federation.

At the awards ceremony, the winner thanked the opponent for a good final and the organisers for making Forte Challenger 100 bright and exciting.

“When an opportunity came to play in Nur-Sultan again, I did not doubt it for a minute. Last October, at the Astana Open 2020 tournament, I managed to make it through to the quarterfinal where I fell to my opponent. My second visit to the capital of Kazakhstan was successful. I enjoyed every minute as a guest in this beautiful country,” the American said at the award ceremony.

Mackenzie McDonald placed 100 rating points on the record of his achievements and took a cheque for USD 14,400.

Photo by the Kazakhstan Tennis Federation