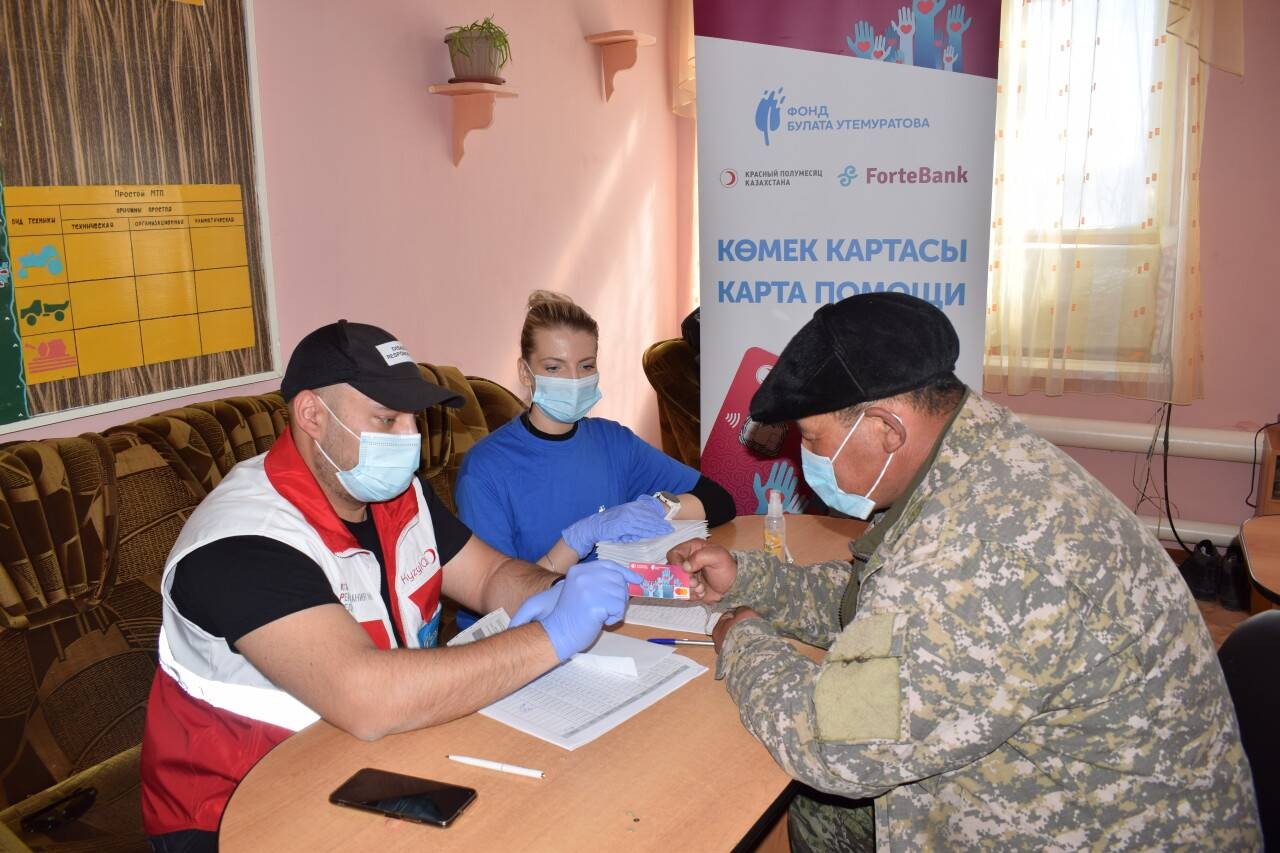 Bulat Utemuratov’s Foundation jointly the Red Crescent of Kazakhstan provided monetary aid to residents of villages in the Karasu District, Kostanay Oblast, who were affected by floods, the Foundation said.

The villages of Karamyrza, Zheleznodorozhnoe and Molodezhnoe turned to be in the flooded zone after increased snow melting.

“A large part of our house was flooded, two rooms were flooded severely. We have a small child, but we could not fire the furnace because of the water in premises,” told Talgat, a resident of the Karamyrza village.

Aid was rendered to villagers whose houses were affected the most, single pensioners, multi-child and single-parent families, disabled people.

Bank cards of 50,000 tenge per each family member were given to 58 families.

“Many of today’s aid beneficiaries are seasonal workers and the force of nature exacerbated their already dire financial situation. We hope that the money received will help people to quickly cope with the consequences of floods and return to their usual life. The danger of flooding persists in several regions of the country at once, therefore, together with the Red Crescent, we will continue to monitor the situation and, if necessary, are ready to promptly help our compatriots,” said Marat Aitmagambetov, Director of Bulat Utemuratov’s Foundation.

The charity project “Aid Card” has been successfully implemented since 2018. For three years, over 8,000 people affected by natural and made-made disasters have received financial aid for the total amount of about 300 million tenge.

In 2020, aid cards were issued for 398 families in the Kostanay and North Kazakhstan Oblasts, and to residents of the Yenbekshi District in Shymkent.

“I would like to say a big thank you that we are not left unattended. This money is a great support for us; we will be able to renovate, to start restoration of our house,” said Valentina Morar, a resident of the Molodezhnoe village.

Photo by the Press Service of Bulat Utemuratov’s Foundation