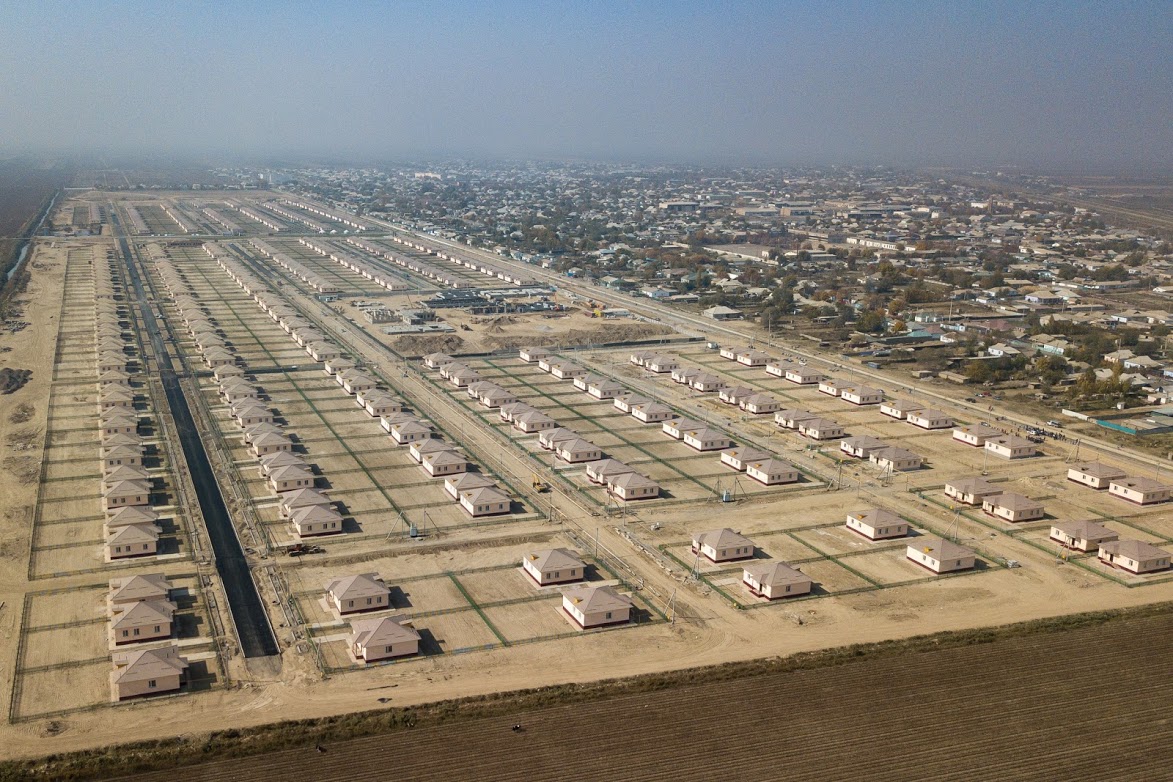 Three-room houses were granted to residents of villages that were affected by floods in the Turkestan Oblast.

Bulat Utemuratov’s Foundation allocated 6 mln dollars to construct houses for families left without homes following floods in the Maktaaral District. The emergency occurred on 2 May 2020 when the blow-out of the Sardobe water reservoir in Uzbekistan led to high water covering five villages in the bordering Turkestan Oblast.

Three residential places – Zhenis, Zhanaturmys and Dostyk – were affected the most, the bulk of houses there was destroyed. Residents were evacuated to the Myrzakent village. They were accommodated at their relatives and temporary facilities opened in a rush. The latter were opened in kindergarten and school buildings. Thousands of people lived in such conditions for five months.

“We had nothing left: our house was flooded, cattle died. We evaded our home just in what we were dressed in. First we lived at school, then with our in-laws, then – with our son in another village. Too many people were left homeless because of the flood. It’s good that gentle people did not leave us high and dry and are helping us,” tells a local resident, Dariga Kaiyrova.

Bulat Utemuratov’s Foundation built new houses for the flood victims on the edge of the Myrzakent village. A new microdistrict situated in 70 hectares appeared here to accommodate relocatees.

New housing was given to 150 families. Instead of old houses with stove heating and outdoor plumbing, the new settlers got three-room cottages of 100 square metres. The houses were commissioned as ready-to-move-in: with linoleum, doors, plumbing fixtures and tiles in toilets. As a gift, water heating devices and gas stoves were installed in kitchens. Rooms are spacious and light. Houses have own fenced parcels of land. Gas heating is laid through to cottages.

“Our house was built at the account of Bulat Utemuratov’s Foundation. I am thankful for my family was given a roof over our heads. This is a big and good deed. We will finally live as before, in our big family,” says happily Gulbanu Naushabekova.

The woman’s family is eight people who had to separate after the flooding. Parents stayed with relatives, and the young family and their children – in a kindergarten.

“Our shareholder Bulat Utemuratov was the first among Kazakhstani
philanthropists to respond to the calamity that occurred this spring. He allocated 6 mln dollars for construction of 150 houses for residents of Maktaaral who lost their homes following the disaster. This is, perhaps, the biggest contribution to the region recovery. Implementing the project we were choosing only the best materials and were strictly monitoring the quality of works,” said at the keys delivery ceremony the General Director of the Verny Capital group of companies, Erlan Ospanov.

Umirzak Shukeyev, Akim (Governor) of the Turkestan Oblast, handed to Bulat Utemuratov’s Foundation a letter of thanks from the President of Kazakhstan for involvement in the new microdistrict construction.

The Akimat paid for central water supply, heating and sewage systems be connected to new houses, street lighting in courtyards be installed and high-speed internet line be extended.

“The charity project was implemented in cooperation with the Turkestan Oblast Akimat. Our partnership became yet another successful example when the private initiative and the public support efficiently solve community problems. Last year we have financed construction of houses for 100 multi-child families in Kyzylorda and 100 families affected by ammunition explosions in Arys. Here in Myrzakent we are now implementing the third and most large-scaled project on construction of housing,” – added the Director of Bulat Utemuratov’s Foundation, Marat
Aitmagambetov.

Bulat Utemuratov’s Foundation was established in the beginning of 2014. The Foundation’s mission is to help Kazakhstan to become a better place for the life of people today and in the future.