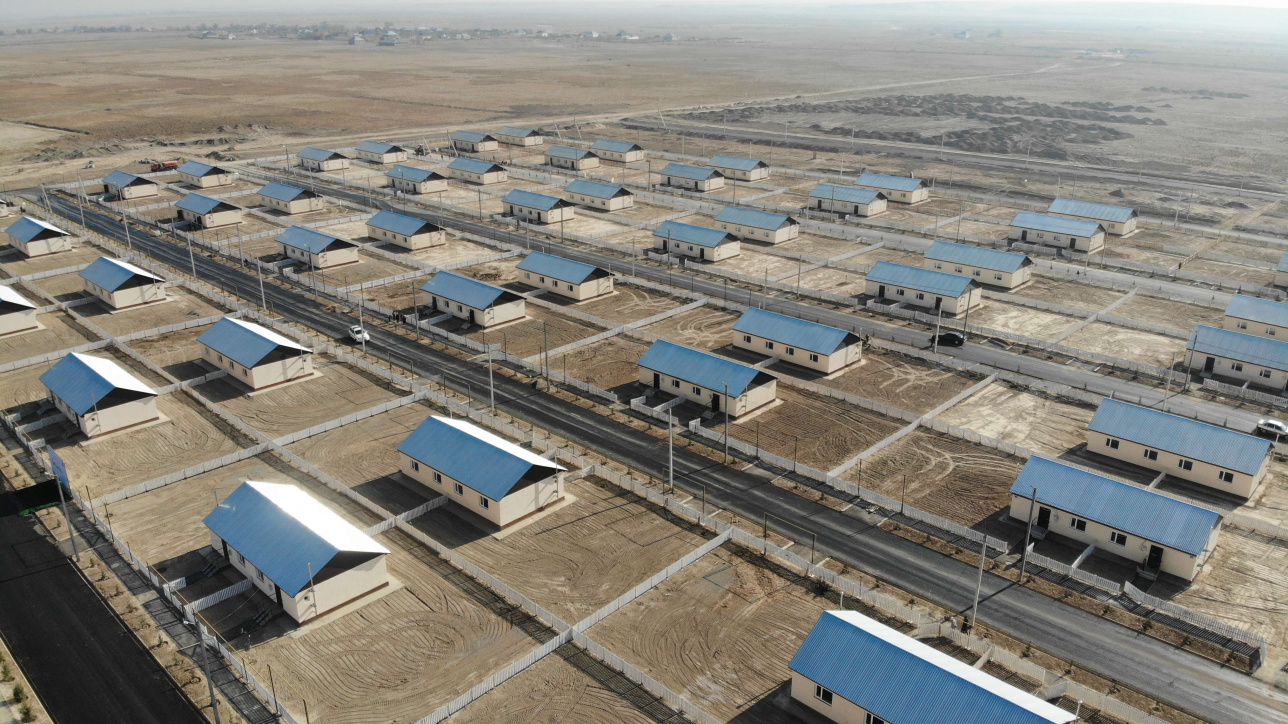 Bulat Utemuratov’s Charity Foundation allocated 850 million tenge to build houses in Arys for people who lost their homes after the series of ammunition explosions in July 2019, and for the needy multi-child families, orphans, disabled, lonely elderly people.

Bulat Utemuratov’s Foundation was among the first to respond to the tragedy in Arys when all residents of the town had to be evacuated after explosions at the military base. Ammunition rounds damaged over 7 thousand buildings (90%), about 500 houses were recognised as a total loss, thousands of people were left without a home.

After this emergency, Bulat Utemuratov’s Foundation, jointly with the Red Crescent, issued aid cards to the victims. Two thousand people received in total 60 million tenge. This money helped people to survive through the hardest days of the crisis and to buy essential commodities. The programme of rendering aid to Kazakhstanis affected by emergencies was first launched by Bulat Utemuratov’s Foundation after floods in various regions of Kazakhstan.

The next step was construction in Arys of 50 duplex houses for two owners for those who lost their houses. The first lines of the list of housing recipients were 34 families who previously lived in barracks near the military base. 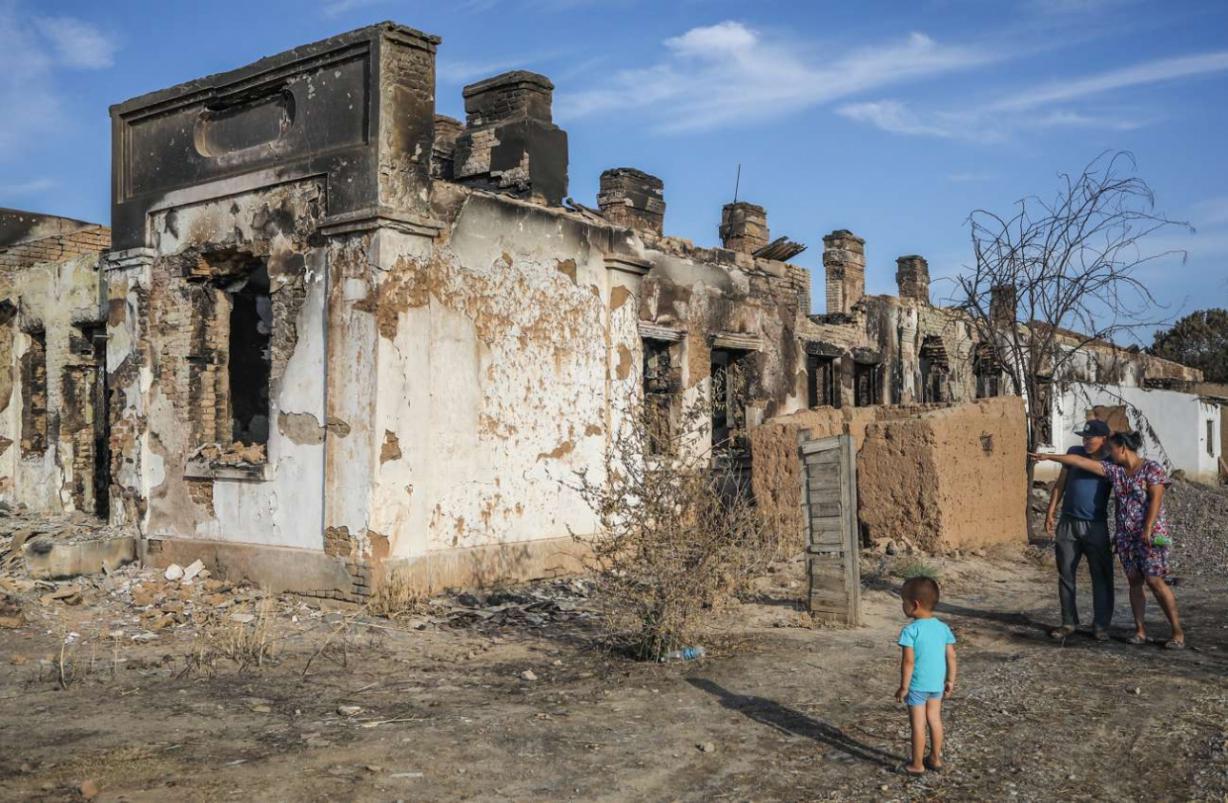 This barrack was affected the most because of its location close to the explosion source. The building was completely destroyed; therefore, the former inhabitants of the barrack were put in the list of recipients the first. 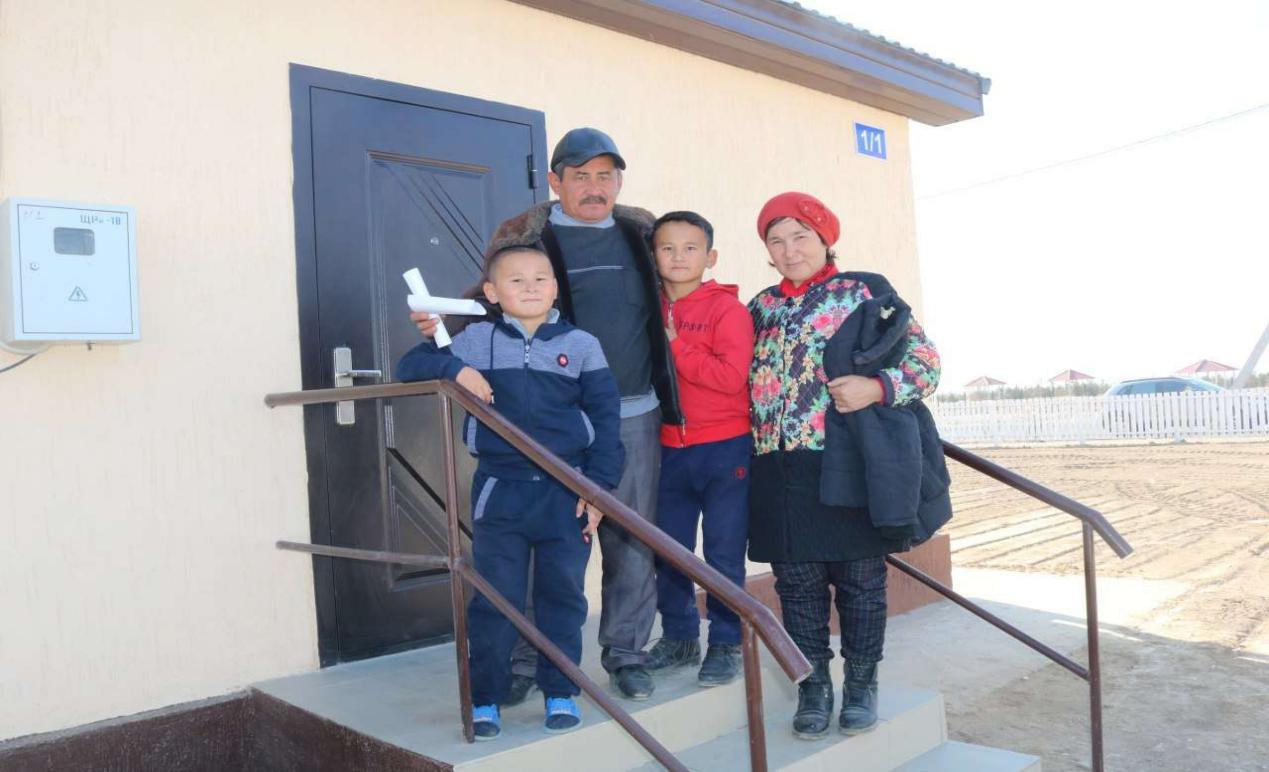 100 families received 50 duplex houses in fine finish. Each of them has two spacious light rooms, a bathroom, a kitchen, a refrigerator and a gas stove. Each house has 10 ares of land. Roads and sidewalks in the microdistrict were asphalted, playgrounds were installed, pine tree alleys were planted.

It is not for the first time that Bulat Utemuratov’s Foundation builds houses for the needy families. The “Balameken” project, that is translated from Kazakh as the abode of children, was first launched in spring 2019 to provide social support for Kazakhstanis who were in need of housing. Under this project, Bulat Utemuratov’s Foundation built houses for multi-child families in the Kzylorda Oblast. 50 duplex houses were designed for 100 families. The founder allocated 450 million tenge for this construction.

The charity foundation was set up in 2014 at the initiative of philanthropist and businessman Bulat Utemuratov. The founder has been providing a regular financial support of projects in healthcare, education and culture. The Foundation also helps Kazakhstanis affected by natural disasters and man-caused emergencies. Over 900 million tenge were allocated for the organization of assistance to the Arys people only.