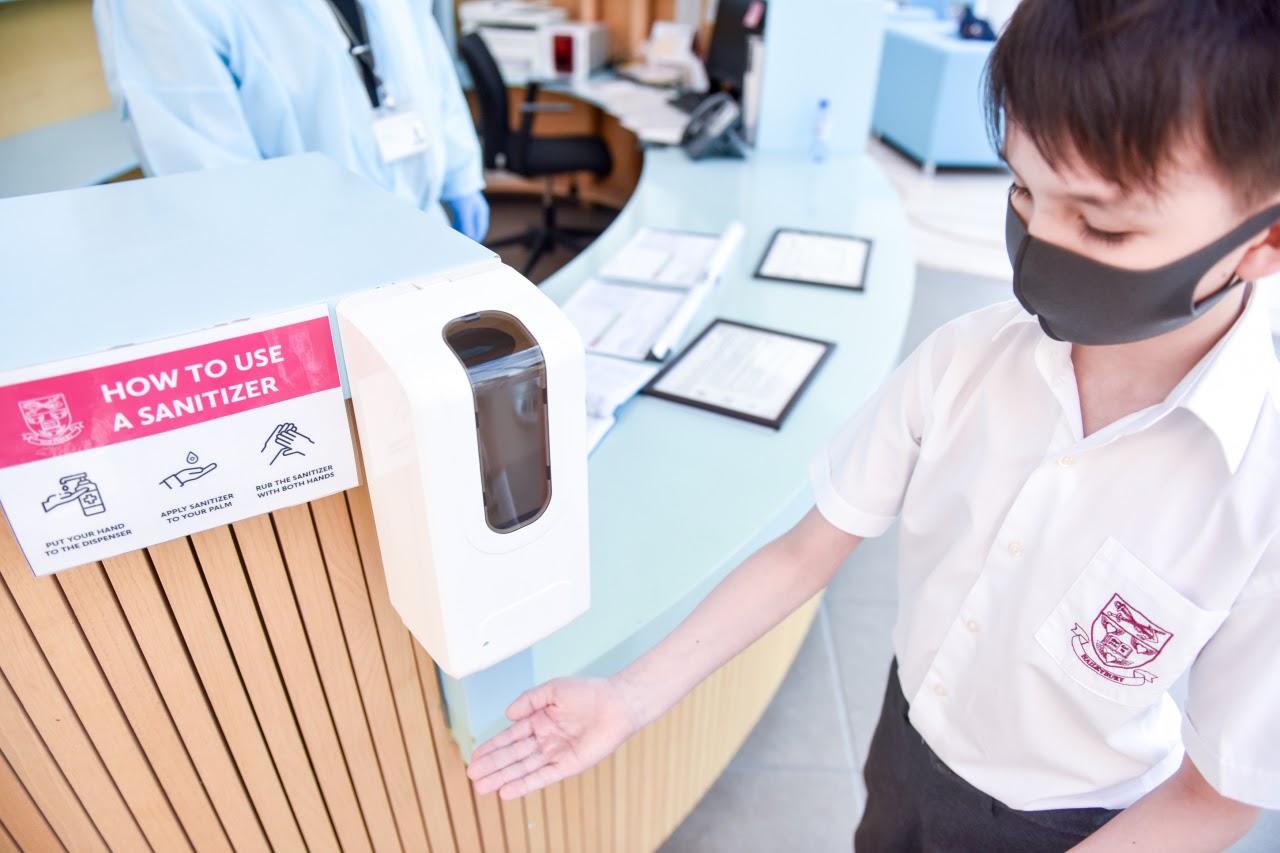 The international private Haileybury school working in compliance with the British standards of education has moved to the mixed mode of work.

The international private Haileybury Almaty school introduced the unprecedented measures to comply with the sanitary regulations to enable junior pupils to study in classrooms. Every room has air disinfecting re-circulators, sanitiser dispensers and additional tables installed to place children so that the social distance is observed. Middle school and senior pupils are taught remotely, but their tutorial process matches the classroom format as much as possible.

“We give the best knowledge and learning environment”

While children were on their summer vacations, the management of Haileybury in Nur-Sultan and Almaty developed comprehensive plans to prepare both schools to various teaching scenarios: traditional, mixed and distance. Covid-19-free environment was created in improved campuses: classroom furniture was arranged taking into consideration the social distancing, markings were put throughout the school territory, sanitizers, webcams with built-in thermovision devices and re-circulators that kill 99% of viruses and bacteria in the air and on open surfaces were installed.

The Ministry of Education permitted to open at schools only skeleton classes for pupils in grades 1-4. But the learning process at Haileybury is arranged according to the British educational standards which are believed to be ones of the best in the world. Here, instead of the usual 11 grades, a 5 key stages system is envisaged which covers a child’s life period from 4 to 18 years. Therefore pupils of the primary school – children aged from 4 to 10 years – started their schooling from September (Key stage 1 and Key stage 2). Each classroom accommodates no more than 15 people.

“Very strict safety measures were taken at our school due to Covid-19. Junior pupils are taught offline, and senior pupils are studying remotely. This is a quite strange and at the same time exciting experience in the school education. But I am sure that we provide the best possible knowledge and learning environment both for the children studying in classrooms and for the students learning at home,” says Simon Mills, Haileybury Almaty Director.

Last academic years Simon Mills headed the Robert Gordon’s College – one of the biggest independent schools of Scotland and the United Kingdom. He joined Haileybury in August 2020.

Now the mask wearing mode is in effect at the school, and personnel in contact with other people also wear protective shields (distributors, cleaners, medical staff, security service staff).

Sanitisers are available throughout the entire school territory: at the entrance/exit, in classrooms and in the canteen. Movement inside the building is possible only one-way, and signs on the floor warn about this. Separation barriers are installed between the groups to isolate children. Wardrobes and elevators do not work during the pandemic to avoid accumulation of people.

“Teachers give lessons in real time”

Haileybury tries to build the distance learning process so that it as close as possible to the traditional format. “Teachers give lessons in real time while being at school, that is, these are not pre-recorded lessons. We have equipped them with the necessary devices: cameras, powerful computers, high-speed Internet. We have conducted trainings so that all staff understand the essence of online learning. We are very proud that even in such an environment we continue to provide children with a quality education and prepare them for exams,” continues Simon Mills.

The daily routine of middle and senior school pupils did not change. They still wake up in the morning, get connected to online lessons, take rest during breaks and lunch time.

“We expect the second wave of coronavirus this winter, but in the event the quarantine measures are lifted we are ready to return all pupils to the traditional format of education right now,” added the school director.

What’s different about the education at Haileybury Almaty

The next milestone – fifth stage – is preparation for A-Level exams (programme of preparation for admission to universities in the UK or other Western countries). The programme allows students of the last two grades to focus on the three main disciplines: mathematics, STEM and English. The A-Level at Haileybury Almaty is equal to the first year of study at the university, so graduates usually go straight to the second year of the world’s leading universities.

The international private schools Haileybury in Nur-Sultan and Almaty fall under the structure of the Verny Capital group of companies which major shareholder is businessman and philanthropist Bulat Utemuratov. This is a non-commercial organisation, and the founder does not get dividends on it. The schools are the social assets of Verny Capital.