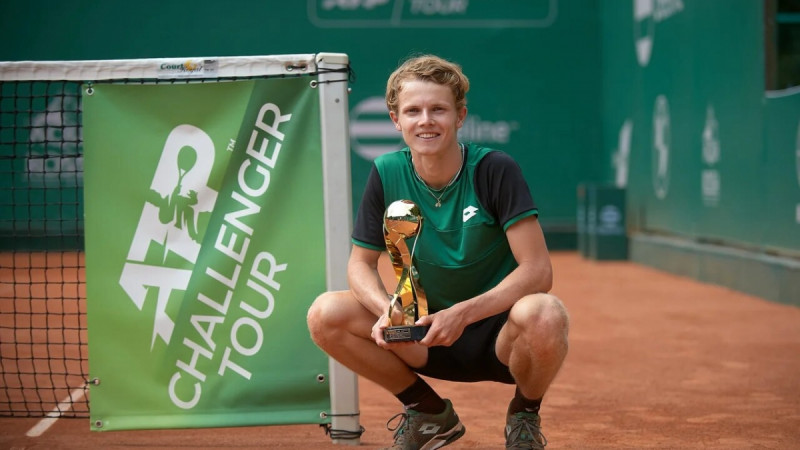 The two-week tennis festival in the southern capital of Kazakhstan has ended. There were enough beautiful games, offensive defeats with broken rackets and balls flying away into the distance, and vivid emotions expressed by the participants of the Beeline Open Challenger 80 Almaty and Beeline Business Challenger 80 Almaty tournaments, the KTF press service sums up.

Dutchman Jesper De Jong and Chilean Marcelo Tomas Barrios Vera met in the final match of Beeline Business Challenger 80 Almaty. For 21-year-old Jesper, Almaty has become a lucky city: this final was the first on the Challengers in his singles career, and a week earlier he celebrated a doubles victory here with Ukrainian Vitaliy Sachko. The rising star of the Dutch tennis is currently ranked 204th in the world rating.

For the 23-year-old Chilean, Almaty is a familiar city. In 2019, he lost here in the second round. Today – lost in the decisive battle. De Jong played aggressively from the first seconds of the match, immediately took two serves from the opponent and completed the first set in his favour – 6:1. The scenario did not change in the second game – the representative of the country of tulips continued to press and play without mistakes. He was as concentrated as possible and confidently brought the meeting to victory. In the course of the game, the Chilean had no single break point. The final’s result: 6:1, 6:2.

“I am incredibly happy about my victory! Almaty will become a special city for me. My path to the title was long, because I started the draw with qualification. My mother was the first who congratulated me, she watched the match online. I thank my coach, who believed in me,” – Jesper said after the awarding ceremony.

Taking into account the increased sanitary and epidemiological measures, the games were held without spectators and the significance of TV broadcasts was of particular importance. All matches could be seen live on the website of the Kazakhstan Tennis Federation – WWW.KTF.KZ. The tournaments were shown by TV channels: in Kazakhstan – Qazsport and Insport, in Russia – TV and radio company “Start”, in Ukraine, Moldova, Latvia, Lithuania, Estonia, Belarus – TV channels Sport 1 and Sport 2, in Uzbekistan – TV channel UzSport, in Belarus – Belarus-5.

General sponsor of the tournaments is Beeline.