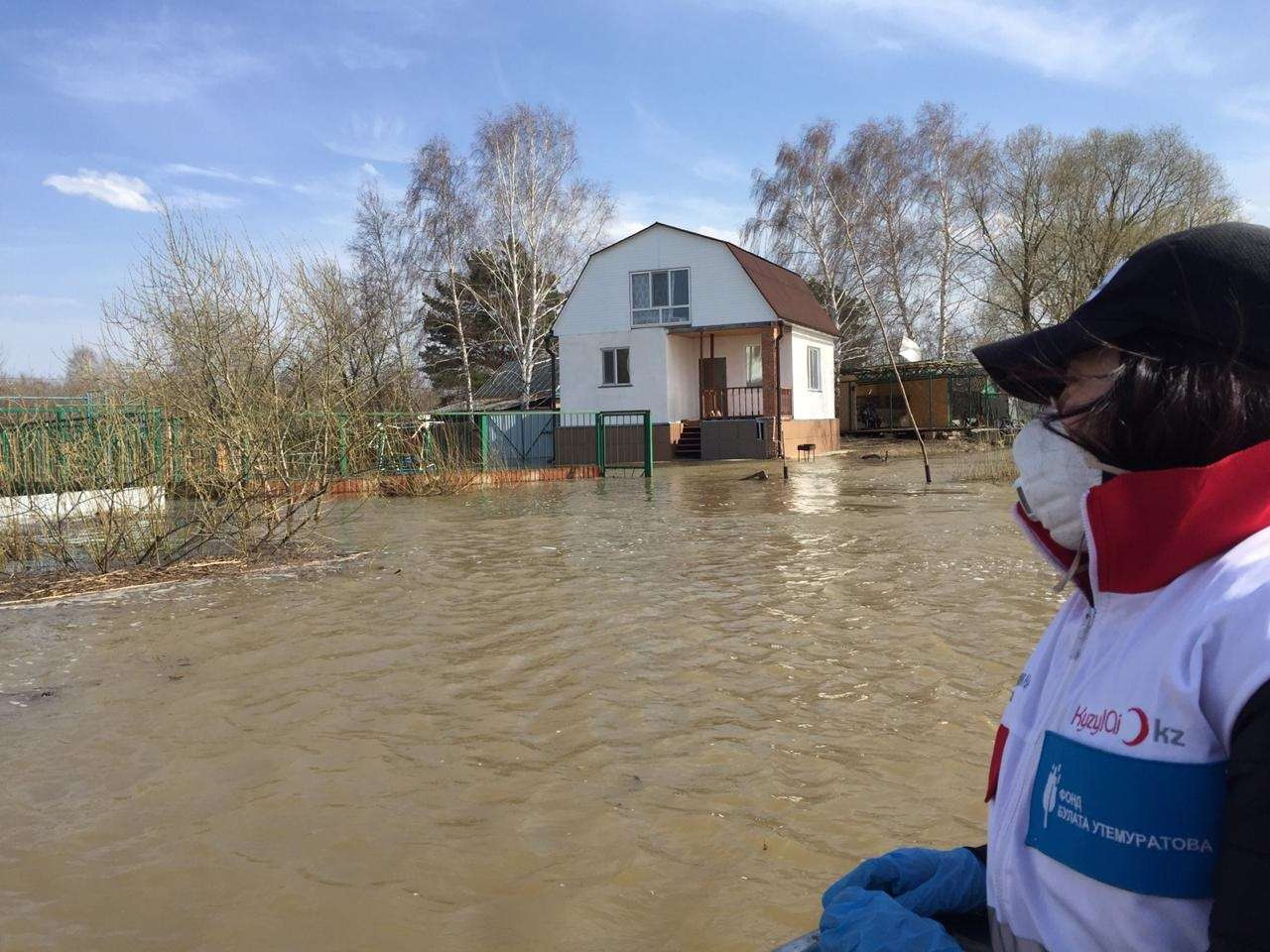 In 2018, a charity project with an inspiring name “Aid Card” was launched in Kazakhstan. It was founded by businessman and philanthropist Bulat Utemuratov. Charity assistance rendered by Mr Utemuratov is wide ranging, it touches upon many spheres of life of Kazakhstanis and always comes in time – when people do need support here and now. “Aid Cards” are issued to families that found themselves in trouble because of high waters and floods.

The algorithm of this work is clear and coordinated as this is required in emergency situations: Bulat Utemuratov’s Foundation allocates money to support those affected by natural and man-made disasters, the Red Crescent Society identifies the needy and arranges the transfer of Fortebank cards with money in the account to them.

Bulat Utemuratov has the first-hand knowledge of what it is about. It is not the first year that he has been helping entire villages and regions. Last year, the foundation of his name, together with the Red Crescent Society of Kazakhstan and ForteBank, provided financial assistance to flood-affected families of the Shet district, Pidzhim village, North-Kazakhstan Oblast and Akmola Oblast. “Aid Cards” were issued to affected families whose homes were completely or partially destroyed. The recipients included single pensioners, people with disabilities, single mothers and multi-child low-income families.

The scale of the implemented project is supported by figures: in 2018, assistance was received by 863 families in the East Kazakhstan Oblast for a total amount of almost 82 million tenge, in 2019, cash assistance was provided to 764 families in the amount of almost 114 million tenge. All this money was received by flood victims in the Karaganda, Akmola, North Kazakhstan and Almaty Oblasts, as well as by residents of the Arys town who lost their homes and property as a result of explosions in an ammunition depot.

In 2019, the Foundation rendered assistance to those affected by man-made disaster in the Arys town – the town and its inhabitants suffered severely as a result of ammunition explosions. The victims were also issued with “Aid Cards” on which funds were transferred at a rate of 30,000 tenge per family member.

They do manage to restore the town as a whole gradually, but alongside with this there are private stories from lives of real people who lost their homes and sources of income. Bulat Utemuratov, understanding the situation, decided that the direct financial support to victims had a whole range of advantages compared with humanitarian aid or in-kind assistance. And this is why:

The total amount of cash aid from Bulat Utemuratov’s Foundation comprised 60 million tenge for 2,000 people just at the first stage. This decision was taken after the joint monitoring held at points in the city of Shymkent and after the assessment of needs of the victims.

These funds helped people to overcome the first and the hardest days of the crisis and to cover their primary needs – to buy hygienic items, medicines and clothes.

The “Aid Card” project was continued in 2020. The total sum allocated by the businessman for these purposes will depend on the scale of calamities and the number of victims. The assurances of this were given by the Director of this charity organisation, Marat Aitmagambetov, speaking at a briefing in Nur-Sultan. Bulat Utemuratov’s Foundation increased the amount of assistance: now every person gets 50,000 tenge, thus a family of four gets 200,000 tenge at once.

And now, in this mid-April the Red Crescent Society response team distributed cards with money in the account to 61 families affected by spring floods in the Karamyrza village of the Kostanay Oblast. Waking up after a long, hard winter, snow began to melt in regions, and, consequently, to drown the farmsteads and entire villages. Residents of remote auls (villages) say: stocks are running out, livestock is dying, high water has come to our homes. In such cases, real money will help the population, making it possible to immediately buy food products in a nearby shop, pay for services and secure themselves in case of an emergency. 197 people received aid for a total sum of 9,850,000 tenge. With the money received, people were able to purchase essential goods and partially restore their property.

“Unfortunately, traditional spring floods repeat this year and, despite the state of emergency, we and our partners continue working and implementing the “Aid Card” project in favour of beneficiaries. We hope that we will lighten the burden of flood consequences for our compatriots,” noted the Director of Bulat Utemuratov’s Foundation, Marat Aitmagambetov.

The floods continued advancing on the northern regions of the country, and after the Kostanay Oblast came to the North Kazakhstan one. In Petropavlovsk, aid was provided to 800 people from 244 families for the amount of 39,550,000 tenge.

“This year the work of our joint response team is heavily complicated by the state of emergency and the quarantine related to the coronavirus pandemic. Nevertheless, we managed to be in the location of floods and to give the helping hand to our compatriots. We hope that we did lighten their burden of flood consequences,” said the Director of Bulat Utemuratov’s Foundation, Marat Aitmagambetov.