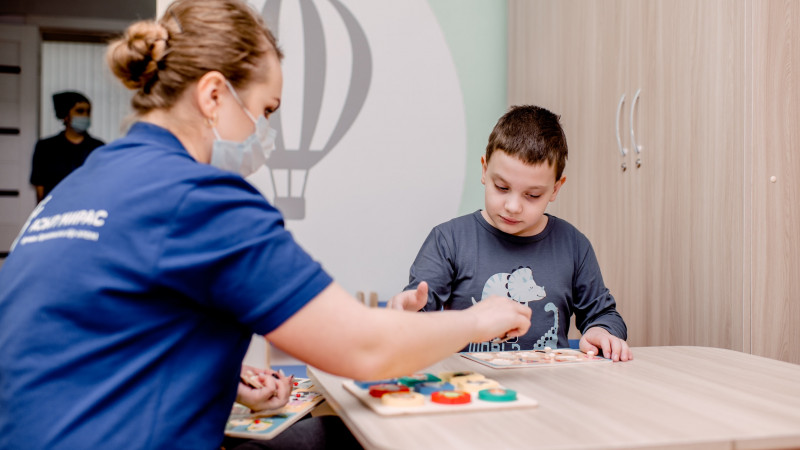 On the World Autism Awareness Day, Bulat Utemuratov’s Foundation encourages parents to pay attention to the early signs of autism in children.

“Autism spectrum disorders have many manifestations, so no two people with autism are the same. And if some manifestations, such as alalia, sleep disturbance or aggression, force parents to seek medical attention sooner, then in cases where the child seems shy or uncommunicative, time might be lost. That is why it is important for parents to be vigilant and turn to specialists at the first signs of autism,” said Marat Aitmagambetov, Director of Bulat Utemuratov’s Foundation.

In Kazakhstan, autism is diagnosed at the age after 3 years. However, in world practice, there are tools used for earlier diagnosis. For example, the M-Chat test allows parents to conduct a primary diagnosis of a child on their own. Bulat Utemuratov’s Foundation was the first to translate the M-Chat test into Kazakh, making it available to even more Kazakhstani families. The test in Kazakh and Russian is available free of charge at www.asylmiras.org

Since parents and family members monitor the child’s behaviour around the clock, it is important to pay attention to the early signs of autism:

The “Autism. One World for All” programme has been implemented by Bulat Utemuratov’s Foundation since 2015. Assyl Miras centres are successfully operating in 10 cities of Kazakhstan, and another centre will be opened in Karaganda in the near future. Services provided by the centres are free of charge. All specialists of the centres have done certified international training, which allows them to identify ASD at an early age and develop the missing skills in children. Last year alone, 2,150 children completed the courses, and for 8 years of the existence of centres over 11,000 children undertook intervention programmes.