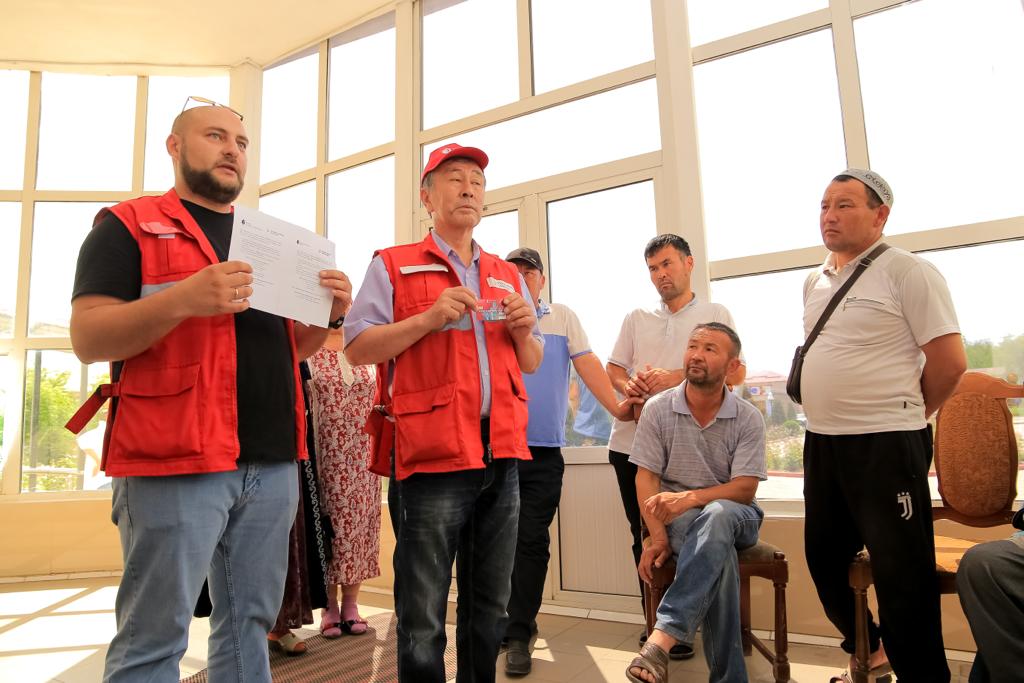 Each affected family received an average of 600,000 tenge. Targeted aid was provided by Bulat Utemuratov’s Foundation jointly with the Red Crescent of Kazakhstan and ForteBank.

Bulat Utemuratov’s Foundation, jointly with the Red Crescent of Kazakhstan and ForteBank, provided targeted aid to families affected by severe rain floods in the Turkestan region. 111 million tenge were allocated, each family received an average of 600 thousand tenge.

180 houses, in which 1,115 thousand people lived, were flooded in the Saryagash and Kazygurt districts of the Turkestan region. In particular, the villages of Kakpak, Sarapkhana, Kyzylkiya, Shanak, Karabau, and Bagyz were affected. Residents were evacuated and accommodated in safe places.

“When the courtyard and the barn was flooded, I was at home alone with 4 children, it was very scary. At first, we did not think that water would come into the house, we began to bring in things from the outside. Closer to the night, our corridor was flooded, then I began to collect documents and belongings. Within several hours the whole house was full of water, there was nothing left dry, not even bed linen. We are now waiting for the house to dry out to assess the damage. It is already clear that the floors need to be re-done completely. I think we will spend the received funds on this,” says one of the victims, a resident of the village of Kyzylkiya, Asiyagul Utayeva.

Oraz Altynbekov, a resident of another flooded village Kakpak, told about the chronology of events.

“We have a big family, 11 people. Our houses are all on the same land lot next to each other. First, the daughter’s house was flooded, she came to us with her small children. At night I went to the kitchen and saw that there was water all around. In the morning we sent the children to the city to our relatives, while we ourselves stayed to wait. For several days it was impossible to go out into the courtyard, there was water and mud all around. Then the rescuers pumped out the water, and we were able to look around. Our barn collapsed, the walls in the house began to fall. The first thing to do for us will be removing the floor, drying out underneath it,” concludes Oraz Altynbekov.

To date, rescuers have almost completely pumped out water from the streets and courtyards. Local residents are starting to return to their homes and plan to begin restoration work on the destroyed houses and buildings.

From 24 April, heavy rains in the Turkestan region flooded 4 residential places in the Kazygurt district, and 53 courtyards, 18 houses, 16 household outbuildings and a toykhana (party hall) were underflooded in the Saryagash district.

Fifty people were evacuated from flooded areas. They were accommodated in the homes of their relatives. As of the morning of 25 April, most residents returned to their homes, the Turkestan region Akimat reported. The floods killed about 200 heads of livestock.