The Kassa Nova bank is a unique case in the Kazakhstani market. A compact bank was included into the list of the most stable financial institutions and into 20 the most fast-growing companies of Kazakhstan due to the smart flexible approach to the banking sector, approach promoted by the bank’s majority shareholder, Bulat Utemuratov.

Kassa Nova does not look like a standard Kazakhstani bank. At first, the founders had in mind a network of microcredit organisations, which appeared in Kazakhstan in 2008. But as early as in 2009, the company received a licence to carry out banking operations as the JSC Bank Kassa Nova, having inherited a wide network of branches and becoming the first bank in Kazakhstan based on microcredit principles. In December of the same 2009, the company issued its first loan as a bank. Kazakhstani businessman Bulat Utemuratov, who is also a shareholder of the JSC ForteBank, became the majority shareholder of the new effective concept bank.

Kassa Nova has always positioned itself as a consumer bank focused on providing financial services to the population and small businesses. Such positioning assumes efficiency, simplicity, comfort, friendly service and orientation to the needs of Kazakhstani people in the financial services sector. Probably, this was the impetus to the development of the bank in the direction of digitality, innovation and adaptability, because these are precisely the qualities that turn banks into advanced ecosystems capable of competing with popular IT services and companies in the consumer market.

In 2017, when the JSC Bank Kassa Nova increased its authorised capital by 12.2% – up to KZT 10,365,140,000 it became clear that the bank took the right course for the development. “The increase in Tier 1 capital is planned in the Bank’s development strategy. This will improve the financial performance, expand the client base, ensure the growth of assets, the bank’s stability will increase,” – the holder of the bank’s majority stake, Bulat Utemuratov, commented on the additional capitalisation then. The additional capitalisation of the bank proved the shareholder continued investing and was determined to develop it.

According to the National Bank, Kassa Nova ranked 23rd in terms of assets among 33 Kazakhstani banks in the first quarter of 2017. The Bank was included into the top ten stable Kazakhstani financial institutions with a B/B rating on the international scale and KzBB on the national one according to the estimates of the S&P international agency, wrote kapital.kz, and Forbes Kazakhstan placed the company as the 9th in the “20 fastest growing companies in the Republic of Kazakhstan” rating.

Innovation implies the search for flexible solutions, not only technological, but also in partnership with third organisations. In November 2015, Kassa Nova Bank launched a cooperation programme with the JSC Kazpost. Since then, the bank’s customers can replenish the bank accounts of individuals in cash at any outlet of Kazpost which has the largest network of outlets in Kazakhstan – 3,200 outlets. The commission for such an operation is only half a percentage point. The client does not need to know the bank details, you just need to name the unique code of the bank – 4856, and show your identity card to the clerk. A successful solution significantly simplified the life of bank customers who live in small towns and settlements where the bank’s branches are not represented. 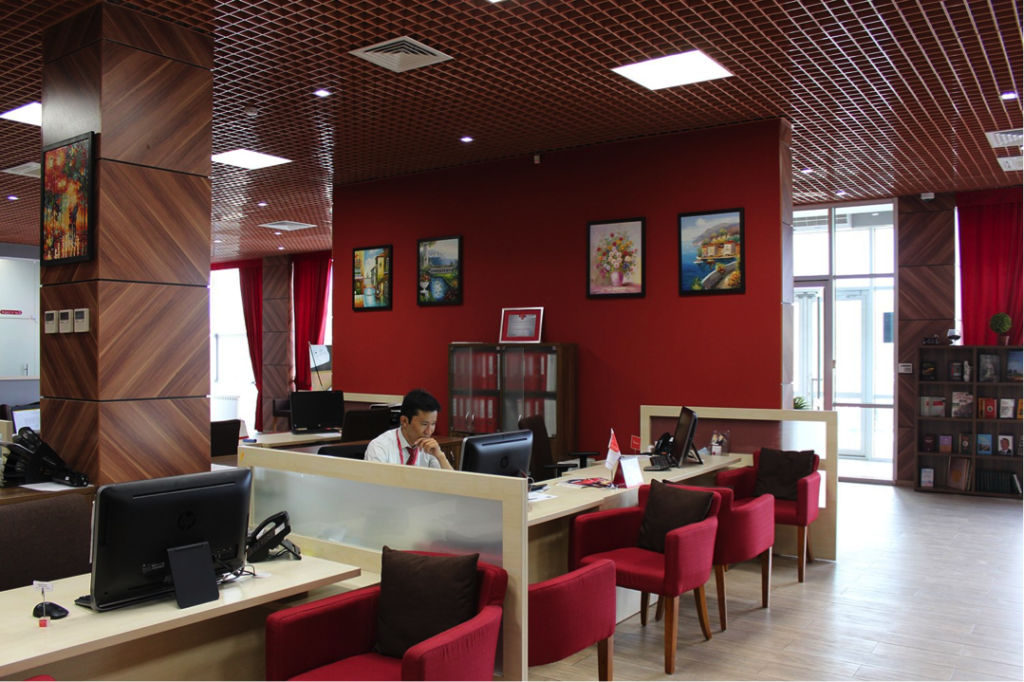 Kassa Nova bank outlets are generally losing their traditional function – servicing of clients. As Bill Gates once said: banking services will continue to be in demand, but the banks themselves – not. Customers now more often come to the branches just to take a cup of coffee, open an account for the first time, and in future will come to have a pleasant and useful time, but all other ordinary operations and some complex ones from 2013 can be performed online via internet-banking or the My Kassa mobile application in one’s smartphone. Kassa Nova outlets now look like small islands costing to the bank a little bit more than three million tenge and are, as a rule, located in large shopping malls. In December 2017 the Kassa Nova application rated second as for the usability among the Kazakhstani bank applications, according to the survey of a Russian company “USABILITYLAB”. Another bank – ForteBank, having Bulat Utemuratov as its shareholder, was on the forth place in the same rating.

Kassa Nova is committed to becoming a smart company, not a purely financial institution. Fintech is actively developing all over the world and to survive, a small bank needs to be head and shoulders above its larger counterparts in terms of smart technology and flexibility. Shareholders in the person of Bulat Utemuratov support this strategy, emphasising that not only do they plan no mergers of Kassa Nova and ForteBank, but also believe in the success of the concept of the compact progressive bank Kassa Nova, which copes well with the tasks set by the management.

In 2013, Kassa Nova Bank established its own processing center, launched the issuance of MasterCard cards, in 2016 – the issuance of VISA cards. Availability of its own processing secured a lot of advantages. In 2015, the bank renewed its Colvir banking system where modern banking technologies were implemented – from budgeting to risk management. In 2016 the bank launched online P2P transfers, an effective Nova+ deposit with an annual effective interest rate of 16% and above and several anti-crisis products from credit cards with a grace repayment period to TEMPO COMFORT and TEMPO CARD secured loans at favorable rates, for a long period and with credit lines. In 2017, for example, sales on credit cards increased five-fold, and the forecast for 2018 is even more positive. All this is not very impressive now, but three years ago almost no Kazakhstani bank could boast of such a flexible and smart product portfolio.

Any new products in the bank are considered only through the prism of “online” – if the novelty cannot be digitised, in 99% of cases it will not eventually be implemented. In promotion, the bank tested the Direct Marketing system in partnership with the Kcell mobile operator – this approach allowed for sending more targeted proposals to potential customers using such parameters as gender, age, smartphone model, and telecommunication services costs. The bank managed to use the accumulated customer base of the operator for a much smaller amount than would go to creating a similar customer base internally. The feedback percentage during the pilot mailing was 67%, and the real conversion was 20%. This became a precedent.

Another smart project in the framework of cooperation with Kcell is called “Business pulse” – free SMS for conduction of mobile surveys of customers. The method was used to fine-tune business processes in the bank’s branches and to increase the level of customer satisfaction. It turned out that this is not only handy for customers, but also beneficial for the company – the cost and the “length” of the business process to improve the service quality was reduced. It was not necessary to involve consulting, to conduct research, to arrange focus groups and to try finding out what customers think and feel, because you can just ask. The compactness of the bank allows it to quickly and efficiently adapt to the needs of the client and the changing realities of the modern financial sector in the global world.