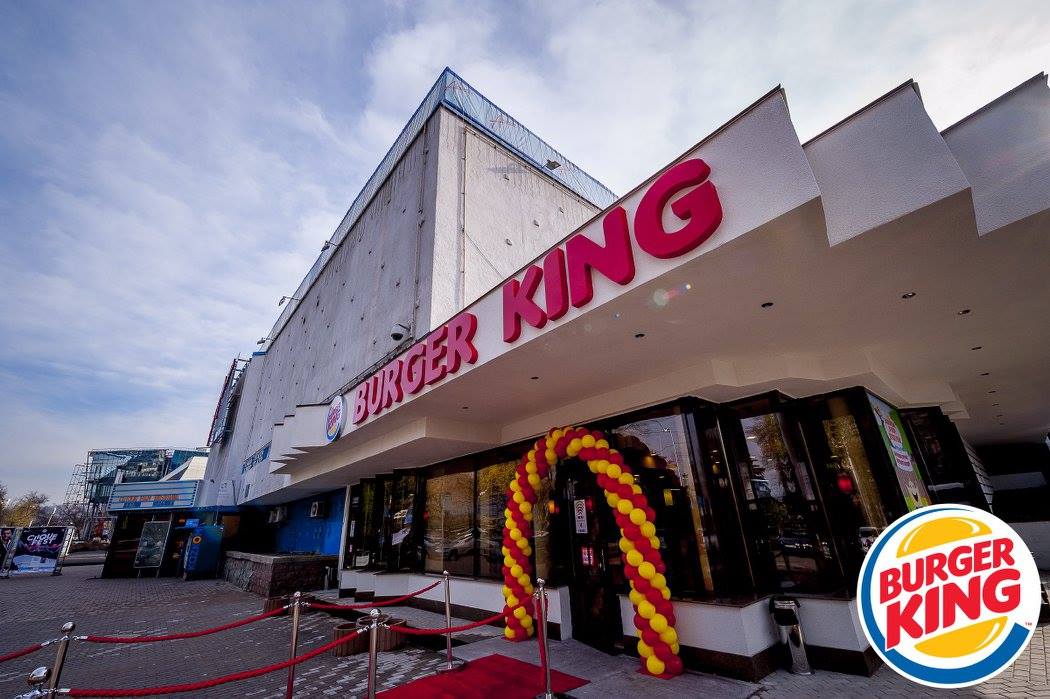 Franchising became popular among Kazakhstani businesses in the beginning of the 1990-s. Since then we have seen many times how the visibility of dozens of international networks and brands flew up and vanished. The progression of events impels to think whether it is easy to bring foreign business to Kazakhstan and, what is even more important, to make it successful in the domestic market. Let’s look into this using the example of the international network of the Burger King fast food restaurants.

Established in 1954, the international network of Burger King fast food restaurants is on the second place as for the number of restaurants in most regions of the world. The scope of Burger King can be understood if to imagine that over 19,000 restaurants in 100 countries of the world have about 11 million visitors daily. In 2012 Kazakhstan became the 83rd country where the Burger King Corporation fast food network opened its restaurants. Having decided to bring this international network to Kazakhstan, businessman Bulat Utemuratov entered a contract with Burger King to open a franchise in the territory of the Republic of Kazakhstan for the period of 12 years. In the course of work the company opened 32 restaurants in 9 cities of the Republic and employed 651 people – currently this is the largest international network in Kazakhstan which not only gave Kazakhstanis an access to the fast and high-quality service, but also created many jobs and opportunities for the career growth. The company employs quite a few staff who succeeded to progress from line personnel to middle and even senior level managers.

The Burger King global representative has a range of requirements to everyone who opens restaurants of this network. At the first stage they have to prove the financial reliability of a franchisee as the launch investments cost on the average from 316,000 USD up to 2,660,000 USD. Besides, the franchise contract usually also allows for the 4.5% royalty. Likewise, Burger King has a number of requirements which must be met not only by the franchisee but also by each of his product suppliers. On the one hand, this makes the life of visitors more comfortable – wherever in the world you come to Burger King, you can rely upon the consistent quality of food and servicing. On the other hand, this makes the life of local franchisee more difficult because not every country has suppliers who have the safety certificate approved by the Global Food Safety Initiative (GFSI).

The process of approval of a new supplier takes two years and requires capital investments to production technologies which are not something all producers in Kazakhstan are ready for, that is why Iceberg salad and potato wedges come to us by air from Holland from two different suppliers once in 48 hours. Other ingredients are also imported mainly from the European countries despite local suppliers offering much lower prices. The quality guarantee is valued by the global player more than short-term profit for local franchisees. It happened exactly so in Kazakhstan, but the Kazakhstani network, against the odds, meets the international standards: they cook meat only over an open fire, and use products only from certified suppliers in strict accordance with the regulations. Thanks to that they managed to become effective as early as in 2015: daily Burger King restaurants in Kazakhstan were visited by about 15,000 people, so in 2015 the restaurant welcomed 6 million guests. Whopper became the most popular meal in Kazakhstan –1,860,000 whoppers were sold in 2015.

In addition to the authorisation of suppliers, the terms of the Burger King franchise require close attention to the service, so the company’s management will have to undertake training abroad several times before opening a restaurant or a restaurant chain. Usually this is Miami in Florida, but there may be other locations. And after the main training, you need to regularly conduct trainings for managers in the country of the franchise outspread, to make sure that all the key principles of the Burger King service are observed.