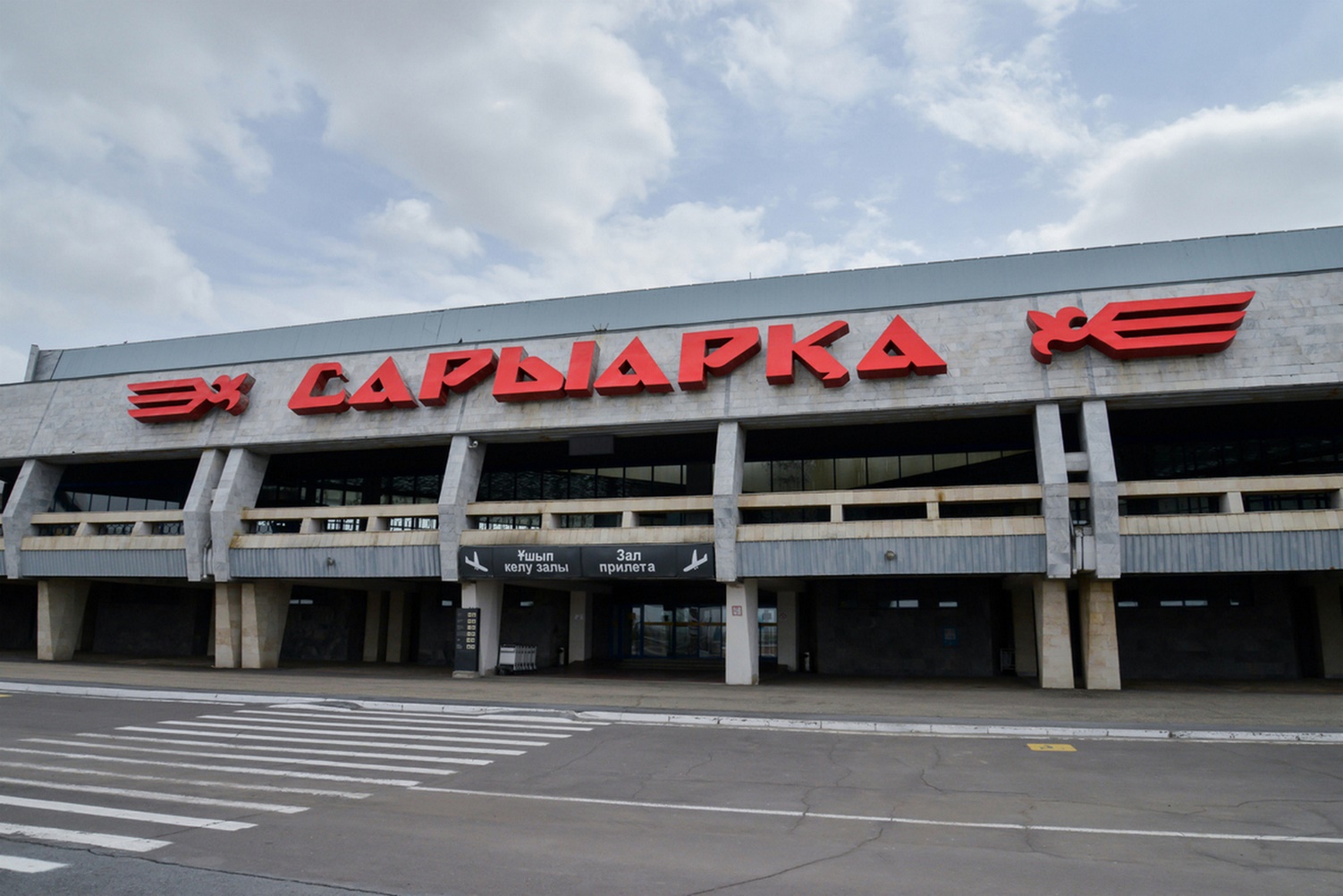 The international airport of Karaganda has been the largest in Kazakhstan as long as since the Soviet Union days. Its geographical location and weather conditions in the region set it apart and attracted airlines to perform passenger and cargo flights. The Karaganda airport could always make a boast of extremely busy schedule of flights.

This situation has sharply changed during the complicated period of the economic crisis of the 2000-s. Not only the number of international flights reduced, but also so did the internal flights, service rates and airfare shot upwards, and the passenger traffic decreased. These circumstances made it unbelievably difficult to keep the airport of 30,000 square metres running. The runway also needed injections; it became more difficult to provide for the continuous round-the-clock operations and the staff of over 600 employees.

Movement of the capital from Almaty to Astana (now Nur-Sultan) also did not play well for the Karaganda airport. A close proximity to the capital considerably reduced perspectives for growth of passenger traffic volumes. The design capacity of the airport allowing for it to service up to 2.5 million passengers a year, dropped down to the level of 150,000 passengers.

In the end of 2005, the Verny Capital group of companies has bought out the entire package of shares of Airport “Sary-Arka” JSC. Businessman Bulat Utemuratov attracted over 4 billion tenge of investments to implement a new development strategy – creation of a central multimodal hub in the territory of the Republic of Kazakhstan. The set task clearly fit into the transport strategy too – thus the new round in the development of the Karaganda international airport began.

Deputy Director for Operations Irtay Salimbekov, who has been working at the airport for over 40 years, tells that the year of 2008 ended with completion of a wide-scale reconstruction of the air terminal complex, which allowed for considerable modernizing of the technical capacities. Within a short period, capital renovation and reconstruction of the airfield was conducted, a large class A cargo terminal was built for temporary storage and processing of any types of cargoes, the current fuel and lubricants complex was expanded and additional special machinery was bought.

The airport turned its focus at cargo operations. Attraction of cargo air companies and regular servicing of airplanes performing transit air transportations via the air space of the RoK with technical landing at the Karaganda airport gave an impetus to the airport development.

Construction of the temporary cargo storage warehouse (cargo terminal) of 3,500 square metres, smooth and quality processing, favourable delivery price, – all these together were the positive moment for attraction of foreign airlines, and in 2016, in cooperation with the largest freight carrier of Russia – the AirBridgeCargo air company, a programme on transportation of flowers from Amsterdam, with further delivery thereof to cities of Russia and Kazakhstan, was opened.

“Before Covid-19, the Karaganda airport used to be a key hub for many traders working with flowers in Kazakhstan and Russia. The speed of logistics servicing and availability of modern warehouses allowed for servicing and dispatch of cargoes arriving to the airport within 3-5 hours, to compare with far more long terms in other airports. At present, the airport develops the direction of technical stops – this means a stop for refueling for cargo flights going from Europe to China and backwards. We service up to five flights daily”, told they in the Verny Capital group of companies that owns the air harbour.

It’s for the fourth year now that the cargo aircraft Boing-747 carries up to 200 tons of flowers twice a week, and the cargo undergoes a full range of the required servicing in the  Karaganda airport territory – from aircraft unloading, ungrouping at the warehouse and up to customs clearance and loading of goods for further transportation.

It is also worth noting separately the timing of all these necessary procedures: they are performed in record-breaking time, which is extremely important when dealing with such sensitive and perishable goods as flowers, and this quality is especially appreciated by customers and the airline.

In addition to flowers, it is planned to export domestic meat products via “Sary-Arka”, there is already an arrangement with local enterprises. The central geographical location of Karaganda, favourable conditions and tariffs and availability of all the necessary technical facilities at the airport speak for themselves to customers.

“The runway is equipped and allows us to receive any types of aircraft, from the smallest helicopters to the biggest aircraft in the world – Ukrainian Mriya. Currently we are actively negotiating exports of silver; the airport’s scope allows for this. At present, the Karaganda airport, thanks to the long-term system approach which was always a feature of the Verny Capital shareholder, businessman Bulat Utemuratov, is the only large flower hub in Kazakhstan.”

Arrival of the first Kazakhstani low-cost airline FlyArystan inspired with new hopes and outlined perspectives for development of passenger flights in the Karaganda airport too. A tender for stationing of the airline base was announced among 18 airports of big and small towns of Kazakhstan, and this spring the outcome was voiced. The next (after the capital and Almaty) base for the air company representation and deployment of their planes became the “Sary-Arka” airport.

“From the moment of opening of the first FlyArystan flight, the passenger flow just for three months has increased by 49% to compare with the similar period of the previous year”, says Alexander Malikov, Airport Economy and Finance Director.

“A large-scale expansion of the airline flight destination network, and there is a plan of introducing as many as eight new destinations, including not only cities of Kazakhstan but also other destinations – Moscow, Minsk, Almaty, Kyzylorda, Zhezkazgan, Ust-Kamenogorsk, Novosibirsk, and in summer time – Antalya, Sharm El Sheikh, will give more opportunities to travel at affordable prices and thus will make positive changes not only in the development of the Karaganda airport, but of the entire oblast, will lead to active development of hotel, restaurant, retail and entertainment and other services”, they are convinced in the airport.

“In the current emergency situation around the world related to the announcement of the Covid-2019 coronavirus pandemic, the focus on the development of the Karaganda airport in the cargo transportation field was of invaluable assistance”, explains Sarsenbek Kushkinov, Chairman of the Board of “Sary-Arka” Airport JSC. “The geographic location of the airport complex and modern capabilities make it as convenient as possible for technical stops of cargo flights connecting Europe and Asia. Many airlines appreciated the advantage of such a route, the readiness of the airport to promptly and efficiently facilitate their work. All possible conditions were created for organizing flights, which over the past few weeks allowed servicing a fairly large number of airplanes with humanitarian aid and other cargoes in demand.”

The long-term strategic course of development, commitment to which is proved by all the recent positive changes in the Karaganda airport’s fortune, allows to hope that it managed to escape the fate of many regional airports; and the vector set by Bulat Utemuratov will only favour further growth and inevitable success of not only the airport but of the entire country.