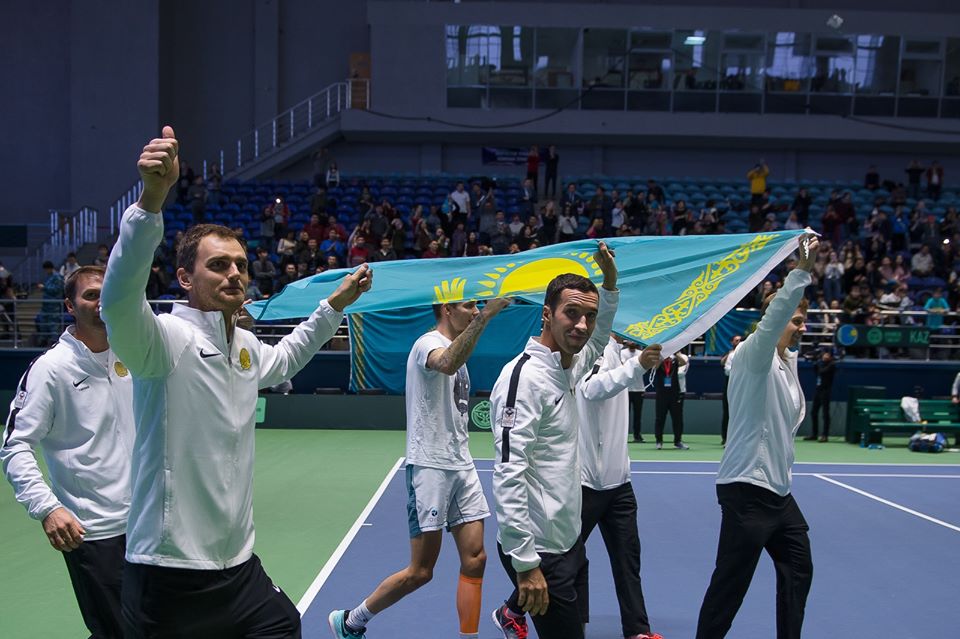 In 2007 the charge of the Kazakhstan Tennis Federation was taken by businessman Bulat Utemuratov. For 13 years, modern tennis centres were built in every oblast centre, and the programme for development of children’s tennis was launched. For the period from 2007 through 2019, the number of courts in the country has increased from 62 to 297. According to unofficial information, it was reputation of Bulat Utemuratov, selective negotiations with sportsmen and creation of specific conditions that allowed to invite legionnaires out of strong Russian tennis players under the banner of the Kazakhstani national team. Probably, without high class professionals Kazakhstan would be unlikely to play regularly in quarter-finals of the Davis Cup and in the women’s Fed Cup World Group.

“It is the team that wins, it is the trainer that loses”.

Such words were said to journalists by the captain of the Kazakhstani national tennis team, Yury Shchukin. Later he confessed: Davis Cup was on the line, the cup matches held on 6-7 March in Nur-Sultan against the Netherlands became for Yury the first ones in his capacity as the captain of the national team.

“Captain means responsibility. As they say: It is the team that wins, it is the trainer that loses. During the game you are next to the player at the bench, you tune his tactics, you work with trainers. By the way, we always invite youngsters to training camps, even when we play away – guys from the reserve are with us. They train with the principal team, they need to feel the game speed at a different level, all nuances of the mature tennis. When we play at home, we pull in even more guys from the reserve so that to involve and view everyone who might be useful for the first team”, said Shchukin.

The players he trains are with a potential and he watches them closely.  “Lomakin, Tashbolatov, Sagadat, Yevseyev, Khabibullin – these are our nearest reserve. We work with them in training camps and keep the track of their performance further in tournaments”, added Shchukin.

“This year we aim for at least the semifinal of the Davis Cup, we have played so many times in quarterfinals and now are a little bit stuck at this stage. If we manage to reach the semifinal, then the final will be very close too. I am sure that our team is capable of this. Sportive luck is important too”, said the trainer noting that last year our national team took a principled victory over the Portuguese team with a 3:1 score, which allowed  Kazakhstan to get through to the final round of the Davis Cup.

“We want to make it to Budapest”

One more achievement of the Tennis Federation is support of Kazakhstani female tennis players. The women’s national team showed a decent playing during qualification at the Fed Cup-2020.

The playing day in the battle between Kazakhstan and Belgium in the Fed Cup qualifying round started with the duel between Yuliya Putintseva and Elise Mertens. The day before both sportswomen won one point each for their teams. After defeat in the first set with a 1:6 score, Putintseva did manage to even up scores in the beginning of the second one, to take the game in the tie-break, but it was still an overwhelming task to resist the attack of the 19th racket of the world. The result of that meet was 1:6, 6(1):7 in favour of the Belgian. This time the Kazakhstani could not repeat her unbelievable comeback when, playing with Bonaventure and being just a step away from the defeat, she recouped twice on her rival’s serve and won.

Then Zarina Diyas came out to the court, who in compliance with the drawing procedure had to play with the 115th racket of the world Ysaline Bonaventure but the captain of the Belgian team, Johan van Herck made a replacement and put forward for this matchup with our compatriot Kirsten Flipkens who held the 34th position in the world rating. Before that, the sportswomen met just once. In 2014 Zarina Diyas downed Flipkens in the first round of the WTA tournament in France with 2:2, 6:7(3), 6:3 scores. Their current second meeting ended with the Belgian’s victory – 6:1, 6:4.

“We have nothing to lose – we visit. But the Belgians need to reconfirm their status, their fans are expecting them to win. Therefore I and all girls have to show our best tennis, so that to stand up decently to them, to win and to take Kazakhstan to the final part of the tournament. We want to make it to Budapest”, said Yuliya Putintseva before the match with the Belgians.

And in the meantime the International Tennis Federation has postponed the Fed Cup-2020 final and play-off games for an indefinite period. This was done because of the coronavirus pandemic.

“New dates of the Fed Cup final and play-off games will be announced as we go along. We will continue the cooperation with all tennis federations to minimise the consequences of Covid-19 spread. In the meanwhile the ITF Consultative Group for Covid -19 issues will continue to monitor the situation and further decisions will be based on official information and expert recommendations”, reads the message from the International Tennis Federation.

In the new season the Tennis Federation intends, as a minimum, to beat up the historical result of previous years and to make it into the David Cup semifinal. A victory in the grand tournament is one of the main goals for the Kazakhstan Tennis Federation and the national team is on track to this.