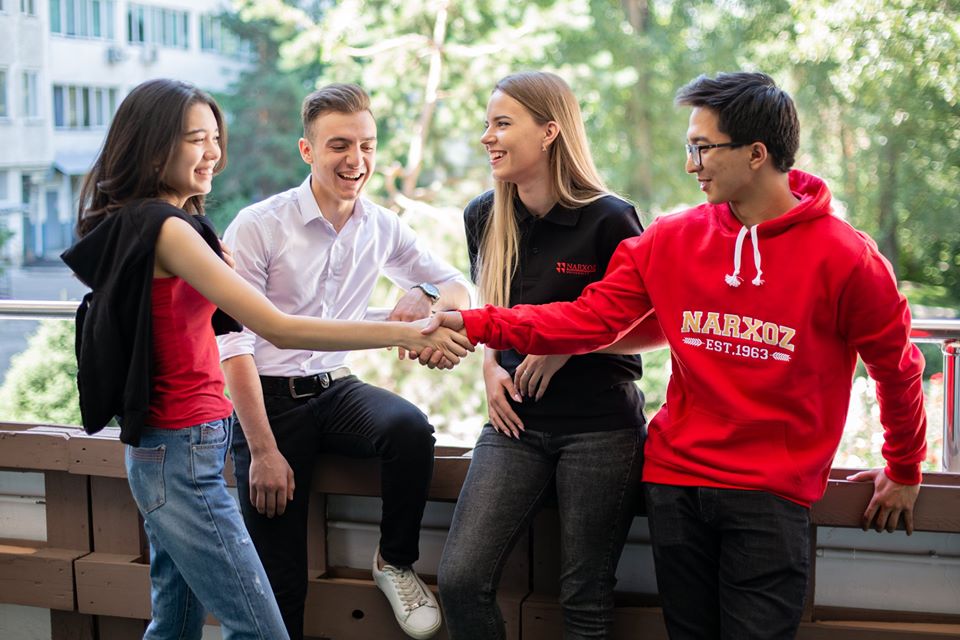 Narxoz is one of the oldest universities of Kazakhstan. It was founded back in 1963 as the institute of economics, currently Narxoz implements over 50 programmes of a wide range at all levels of education: Bachelor’s, Master’s and Doctor’s. For these years, over 150,000 people graduated from Narxoz, many of them hold executive positions in government entities.

Only two Kazakhstani higher education institutions managed to be included in the University Impact Rankings, which from last year has been published by British magazine Times Higher Education (THE). Forthefirsttimeintheworld, THE proposed to appraise higher education institutions by the level of their influence on the sustainable development of the society and their contribution to achievement of goals in the sustainable development sectors set by the UN.

On 18 May, thePresident’sdecreeappointedYerulanZhamaubayev, NarxozUniversitygraduate, to the position oftheMinisterofFinanceoftheRepublicofKazakhstan. HebecamethesecondMinister – graduateofNarxozwithinthe current Government – after BakhytSultanov, the Minister of Trade and Integration, who has a diploma in economics. AnotherNarxozgraduate – AlibekNurbekov–became Master’s degree student at Harvard. He got the prestigious Edward A. Mason programme scholarship and is studying Public Administration at the Harvard Kennedy School. And these are just very few stories of success out of hundreds.

Education at the Narxoz University is guided by international standards and practices, says Professor Stanislav Buyansky, Acting Rector, PhD in Law. The reality is that it was these standards that underwent changes in the context of the pandemic and quarantine – education went online, affecting the strategy of Narxoz too.

“Today, many unexpected external factors, such as, for example, the coronavirus pandemic, can impede the implementation of short and medium-term tasks. In a situation when many universities in Kazakhstan and Central Asia are forced to weaken their positions by reducing staff and closing branches, the Narxoz University can not only profile itself as a university with a high level of crisis management, but also show active development, opening of new academic programmes regardless of the circumstances. We strive to position the University as an educational institution that can guarantee a successful career after graduation, even against the backdrop of an economic crisis,” says Buyansky.

Narxoz has adopted a new strategy: by 2025 theUniversity, usinginnovative approaches to education, plans to become the centre of attraction for talented youth, the leader in training specialists with managerial competences in economics, business, law and social science in Central Asia. And financial sustainability, high profitability, growth of the university’s position in national and international ratings, growth of the number of applicants up to 1,500 people annually and leadership in the scientific field remain the determinant reference points for development.

“A wide offer of higher education in the market stimulates competition and struggle for each student. Within the framework of this concept, it was decided to focus on the development of three areas of the educational process: firstly, the modernisation of the most competitive and recognised national programmes; secondly, the active promotion of corporate programmes and skills enhancement programmes for government bodies and business entities; thirdly, the development of double diploma programmes with foreign partner universities,” says the Acting Rector.

The University includes four schools by the areas of education, eight research centres, research and educational departments, five representative offices in the regions of Kazakhstan, as well as the college of economics.

Suchprofessionsas “Finance”, “Jurisprudence”, “AccountingandAudit”, “InformationSystems”, “CateringTrade”, “Economics”, “Marketing” and “Management” areincluded in the rating of the best educational programmes in the view of the Atameken National Chamber of Entrepreneurs.