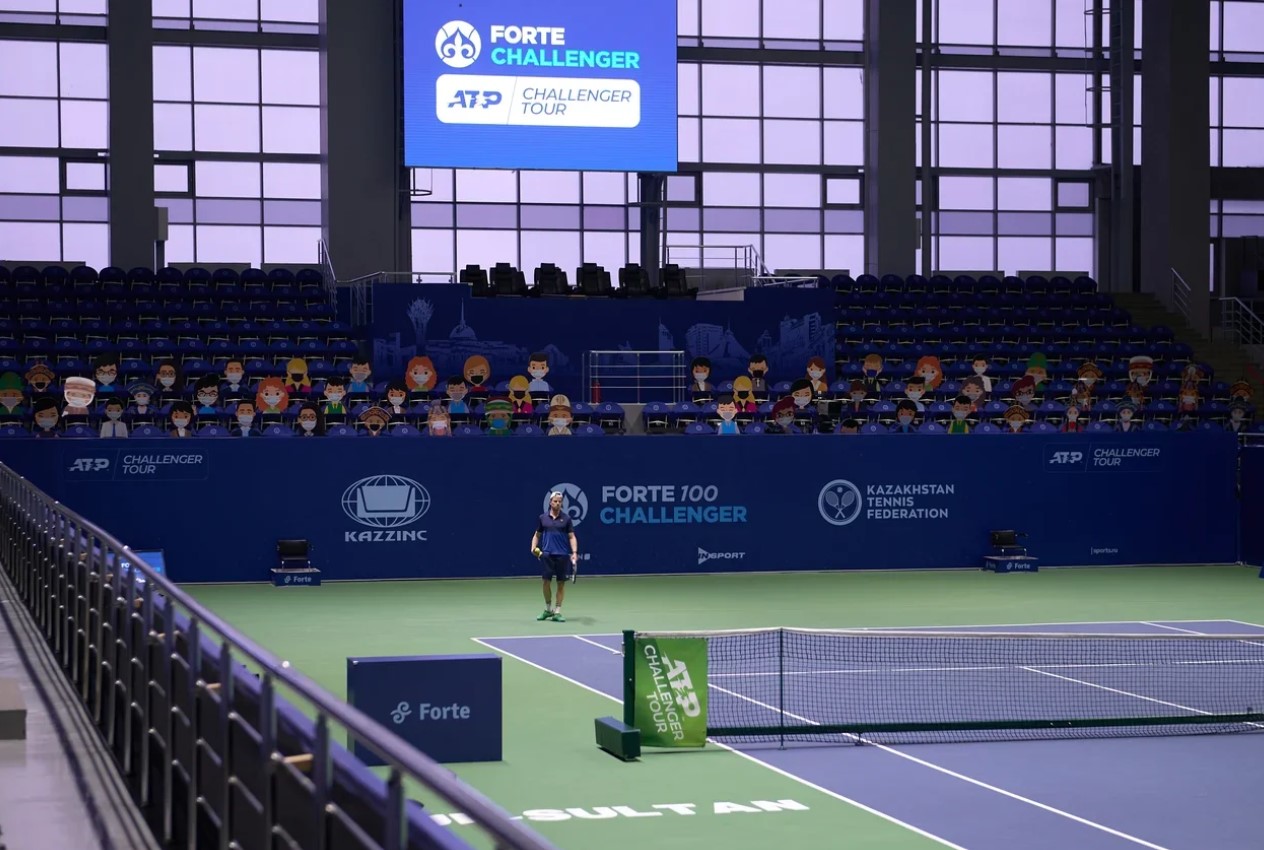 This February and March the Kazakhstan Tennis Federation held two ATP tournaments in Nur-Sultan at once. Forte Challenger 100 and Forte Challenger 125 were held on the courts of the National Tennis Centre, the winners received 100 and 125 world ranking points, respectively.

Last autumn Kazakhstan got its first experience in holding a tournament of the ATP 250 series. Participants and managers of the Association of Tennis Professionals themselves highly appreciated the level of organisation of competitions in the context of the pandemic when great attention is paid to the compliance with health safety measures in particular.

As at the beginning of 2021, due to the pandemic, many competitions around the world were still cancelled, the ATP asked the Kazakhstan Tennis Federation to hold two tournaments at once. This created an excellent opportunity for players who completed their performance at the Australian Open to immediately come to the capital of Kazakhstan and play two challengers.

“When an opportunity came to play in Nur-Sultan again, I did not doubt it for a minute. Last October, at the Astana Open tournament, I managed to make it through to the quarterfinal where I fell to my opponent. My second visit to the capital of Kazakhstan was successful. I enjoyed every minute as a guest in this beautiful country,” said McDonald at the award ceremony.

The Forte Challenger 125 final was won by Czech Tomas Machac.

“I like Kazakhstan, I am here for the fourth time and will be glad to come back again,” he said after the victory.

Taking into account the increased sanitary and epidemiological safety measures during the tournament, the games were played without the admission of spectators and within the framework of a strict protocol. Athletes could not just walk around the city and moved only from the hotel to the courts. But this will be another reason to return to the capital of Kazakhstan.

An important innovation was introduced at the Forte Challenger tournaments: broadcasts of all matches in excellent quality were available not only on the QazSport TV channel, but also on the website of the Tennis Federation.

The tennis players were able to get a little away from their routine during a charity photo session with dogs from the capital’s shelters. The organizers held this action to draw attention to the problem of homeless animals.

The costs incurred by the organisers to hold the two tournaments were actually not big, as Yury Polskiy, Vice President of the Kazakhstan Tennis Federation told.

“The prize fund of both tournaments is known – 260 thousand dollars in total. But these expenses were fully covered by the ATP. Organisation of the tournaments costs about the same amount. Of course, we ourselves would not undertake to hold such tournaments, because it is very expensive. However, the ATP gave us a reasonably large grant, so our actual costs were low. Basically, we paid for the accommodation of players and coaches or other accompanying persons for the duration of the tournament,” says Yury Polskiy.

The players noted that the Kazakhstan Tennis Federation, having paid certain efforts, managed to hold the challengers at the ATP 250 tournament level.

The ATP is definitely interested in continuing cooperation. The Federation has applied for a permanent licence to host tournaments in Nur-Sultan. Due to the instability caused by the pandemic, the calendar may occasionally give chances to host a tournament on a one-off basis.

“We don’t want to work on such conditions, simply because that if the president of our Federation, Bulat Utemuratov, starts something, then he puts it on a permanent basis. We have to be sure that a tournament will definitely be held, not least because we need to be able to come to arrangements with sponsors for a long haul. There is interest now, but potential sponsors want to know that the tournament is not a one-time action, but a long-term project,” added Yury Polskiy.