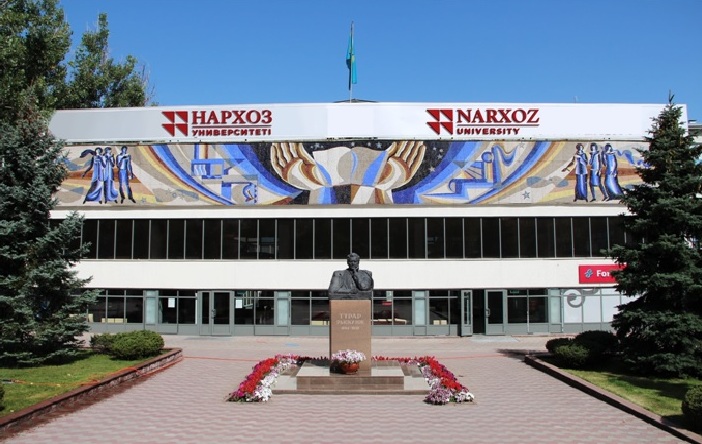 A little bit over a year ago the position of the Narxoz University Rector was taken by Andrew Wachtel – a man with an unordinary biography and a new vision of the education of future. He was invited to work in Kazakhstan by Kazakhstani businessman and philanthropist Bulat Utemuratov who, for many years now, has been actively developing his alma-mater and achieved a considerable progress here – corruption was eliminated, a large-scale scholarship Narxoz Challenge was introduced, the University infrastructure was renewed substantially. By today, Bulat Utemuratov has invested in development of Narxoz about 100 mln dollars.

“There are resources here, one can create something really marvelous. But this is a huge effort. It is necessary to raise the attractiveness of the University among students, persuade parents that their children will get competitive education here”, commented Andrew Wachtel on his decision to become the Narxoz University Rector.

The new Rector was assigned the task of carrying out a full transformation of the Narxoz University: modernize the educational programme, change approaches to tuition, create a favourable ecosystem in order to start teaching specialists of the future capable of critical thinking and adapting to the dynamically changing world. To achieve these, it will be necessary to freshen up the faculty staff, to introduce new education programmes and to build a new infrastructure.

The Narxoz building has become obsolete both morally and physically

It is planned to dramatically change the layout of the University, a huge 400-meter rectangle erected in the best traditions of the Soviet architecture. According to the design, the central part of the building will be demolished and a new, more contemporary, structure of the entrance space will appear on that place. Renovation of the building will be performed within the nearest 2.5 years.

Reconfiguration of the space will help students feel freer within the walls of the University, will enable them to love this place and will inspire to spend more time in informal communication with professors and other students, to undertake research and entrepreneurship projects.

The labour market in the modern world changes much faster than the educational institutions can adjust to it. Ten years ago no one knew that one of the most highly sought jobs would be the mobile application developer, because there were no applications as such. Same as now: we do not know what professions will be in demand in 2029 году – probably, these professions or supposed artifacts thereof have not come into existence yet.

Instead of a profession – fundamental knowledge

A higher education institution should, in the first instance, provide education which would allow a student to independently build up his or her profession in future, and to change the direction if the need be, to move with the times.

Besides, there is too much information now, but no need to remember it anymore – one needs to be able to use it. And universities have no monopoly for knowledge anymore. That is what students will be taught in Narxoz after modification of educational programmes: to think critically, ask right questions, see phenomena as a big picture, identify the main and the secondary, find original sources. What exactly will change?

1. Importance and prestige of the basic course will be boosted

Every Kazakhstani university has a general education programme studied by students in their first year before moving on to the majors. Students of many universities consider this part of their education to be a chore needed just to check the box. Narxoz fundamentally disagrees with this for a range of reasons: these subjects not only give students a necessary basis that makes them comprehensively educated people but also allows to master the proper process of learning, the University believes.

2. The basic course will be formed anew

To make the general education programme beneficial at its maximum, and the Narxoz graduates as competitive as possible not only in the Kazakhstani labour market but also internationally, the basic course will be formed anew. From next year it will include a compulsory course of programming for all specialities because the knowledge of Word and Excel is not sufficient for the digitalised world. The curricula of all Narxoz students will soon also include “Macroeconomics Theory”, “Ethics” and “Entrepreneurship”.

3. The format of studies will change

In the classical or Soviet perception of higher education a professor is expected to share information in the lecturing format, and a student – to thoroughly take notes, memorise and narrate at exams. This model has lost its effectiveness in the modern world. All this information can be found on the Internet, often available publicly.

What is really important? To consider concepts from different perspectives, apply in real life, structure and prioritize. That is why Narxoz students will come to classes having already read educational material, and in the audience they will dispute with other students of different backgrounds and with professors. And the tutor’s role will be to teach students to ask the right questions, put information in the context and find how to use it.

4. The curriculum will become trilingual

Knowledge of the English language gives the graduates unconditional advantages in the global market of labour and further higher education. But teaching in English only would be flat-out wrong, they believe at Narxoz, if only because the majority of graduates stay to work in the country and must know all main concepts in local languages. That is why after re-formation of the education programme teaching of 70% of the curriculum will be done in English, and the rest 30% – in Kazakh or Russian. Thus, it will be possible to train trilingual specialists.