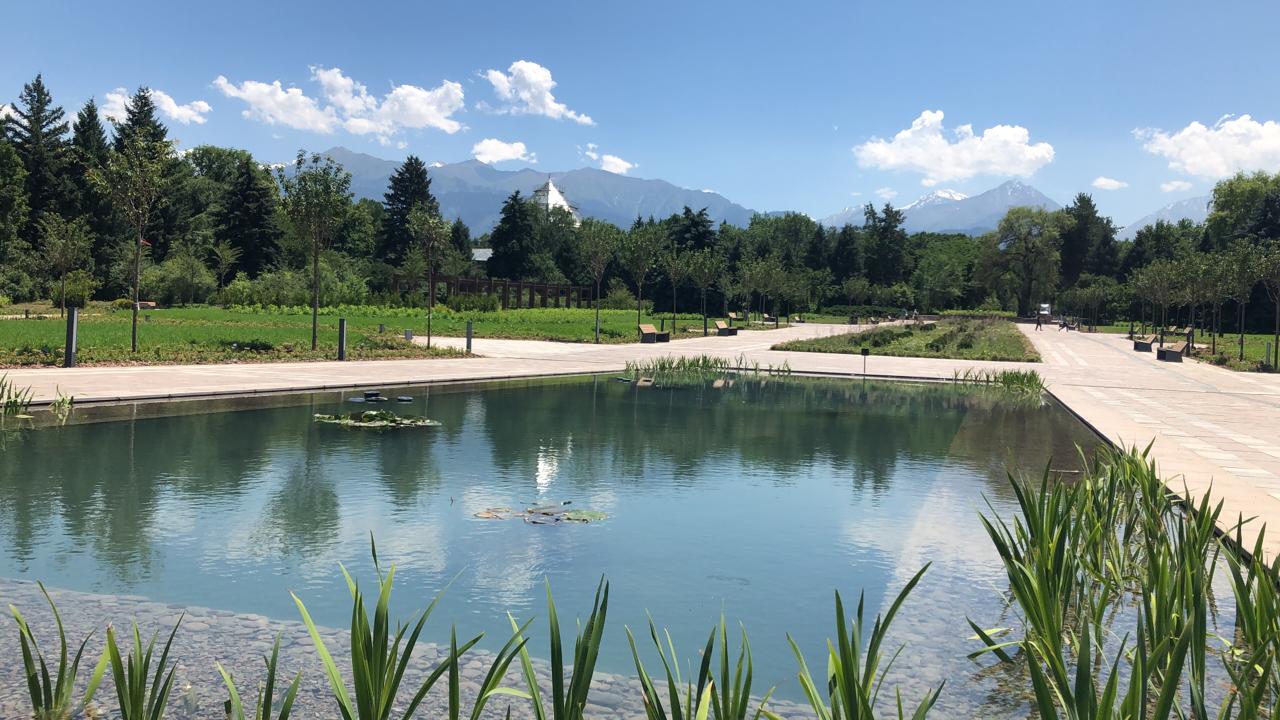 The Central Botanical Garden openedon 15 June after reconstruction. The entrance was free of charge for the whole week so that residents of Almaty and guests of the city could see with their own eyes how the territory was transfigured. At that time, volunteers, curators and employees of the Institute of Botany and Phytointroduction were on duty in the garden.

The project was initiated in 2018 by Kazakh businessman and philanthropist Bulat Utemuratov, who funded it through his charity foundation. The total cost of reconstruction was 15 million dollars. The aim of the project was careful restoration of the Botanical Garden with preservation of the integrity and distinctive character of its territory, modernisation of infrastructure andmultiplication of the green fund.

Shortly before the opening, on 12 May, the Central Botanical Garden was visited by the President of Kazakhstan, Kassym-Zhomart Tokayev, as part of his working trip to Almaty. The head of state got acquainted with the results of the reconstruction.

“We took the implementation of this project very seriously so that to not only preserve the green fund of the garden but also to multiply it, enriching it with new collections. Careful restoration and use of advanced technologies are the two main principles which we were guided by. We put our souls and hearts in this project, did our best for the renewed botanical garden to catch fancy of the Almaty residents. This is our gift to the city which is presented altruistically: the garden will stay in the state ownership and will continue its scientific activity,” said Bulat Utemuratov.

Most of the funds spent on the reconstruction went to the purchase of plants to restore and multiply the green fund of the Botanical Garden. All seedlings were imported from Europe, from nurseries in Germany and Poland. Over 1,300 trees, about 3,000 rose bushes, and about 130,000 cereals and perennial grasses were planted.

A new fence was installed around the perimeter of the Botanical Garden during the reconstruction; these measures and a video surveillance system should help stop vandalism.

Thespecialattentioninthecourseofthereconstructionwasgiventothe “smart” irrigation of plants and introduction of electronic technologies in the park territory. The irrigation ditch network in the garden has long fallen into disrepair, and the two existing wells have long ceased to provide water to the garden.

As part of the reconstruction, the irrigation and watering system was restored. Two new artesian wells were drilled with a capacity of 40 cubic meters per hour each, the throughput capability of the two existing wells was increased from 20 to 25 cubic meters per hour. A water intake was built from the Kerenkulak River, flowing on the southern side of Al-Farabi Avenue.

In order to turn the Botanical Garden into a modern, comfortable and environmentally friendly public space, its open areas were radically revised. Three new entrance pavilions were erected here. Visitors can get into the garden from Timiryazev Street, from the Atakent Exhibition Centre, as well as from Al-Farabi Avenue. All pavilions are made of natural materials, they have electronic ticketing systems and the inherent infrastructure of tourist and public places – souvenir shops, small cafeterias, toilets.

ThebestmanagersoftheVernyCapitalGroupofCompanies were involved in the implementation of this project.

Now the garden is ennobled and expanded to 27.7 hectares of public areas, 50,000 square metres of roads and paths were repaired, along which 1,500 lanterns were installed, and garden furniture (250 benches) was renovated. In the northern parterre, the pavement was replaced with natural stone, a “dry” fountain and a pond with aquatic plants were created. The wasteland was turned into the southern parterre with three ponds, a pergola, a field of mixed herbs, maple, linden, birch and pine alleys.