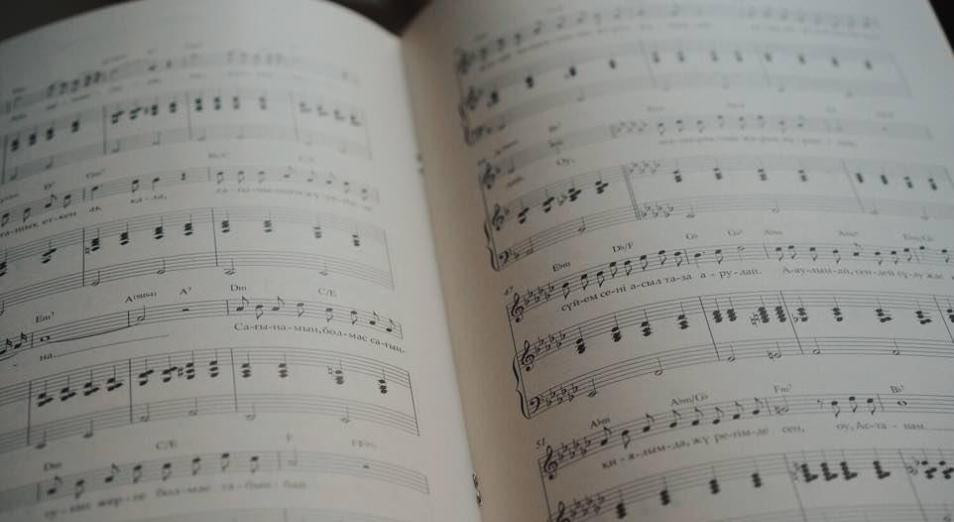 The Batyrkhan Shukenov Foundation was set up in 2015, after the tragic death of the renowned Kazakhstani. And three years later the foundation got a new manager – Shukenov’s niece Nargiz took over the management of the foundation, and the musician’s brother, Baurzhan Shukenov, chaired the board of trustees. New ambitious goals were set then – now the foundation supports young Kazakhstani talents, like Batyr himself once was, preserves and reinterprets the musician’s heritage. And Bulat Utemuratov’s Foundation helps them in doing so.

“It was Bulat Zhamitovich who called me to talk, he asked what we thought about commemoration work. I shared with him my plans which are now being implemented under the patronage of Bulat Utemuratov’s Foundation. It was an instant understanding of the importance of our work – Batyr’s name always knitted together a great circle of musicians and cultural luminaries. It is still serving and moving the processes related to culture and its perception in Kazakhstan,” says Baurzhan Shukenov.

The first project implemented by the Batyrkhan Shukenov Foundation jointly with Bulat Utemuratov’s Foundation was establishment of five scholarships for students of the Chair of Wind and Percussion Instruments, Kurmangazy Kazakh National Conservatoire. Every laureate received 500,000 tenge. The winners were selected by video applications. The jury of independent experts, conservatoire teachers, representatives of the Batyrkhan Shukenov Foundation and Bulat Utemuratov’s Foundation were assessing not just performance skills and artistry of candidates but also their motivation, to understand their vision of a creative career, to reveal the most talented and ambitious of them.

“When a musician reaches a certain level, he has to show himself off – as a performer or in international contests. To be prepared for this, one needs a good instrument, a programme and training – this requires investment. Thanks to good relations with the conservatoire teachers we are able to keep the track of achievements made by the scholars, and I think that, with the support rendered by Bulat Utemuratov’s Foundation, we will have an opportunity to help them in their future careers if they show their worth and set high goals,” says the Chair of the Foundation’s Board of Trustees.

This year the scholarship was awarded only to the students of the Kurmangazy Conservatoire, in 2019 the Foundation is going to expand and to divide the contest into several levels – higher educational institutions, vocational schools and specialised secondary musical schools – and to nominate laureates in each category, to render support to all participants of the music scene.

On 26 October the Foundation announced another important project – publication of the “Sagym Duniye” collection, notes edition of songs by Batyrkhan Shukenov set to music of Kazakhstani composers. It included 14 songs by Batyrkhan Shukenov in the Kazakh language. Notes are tailored for amateur musicians, musical school students. The publishers want “Sagym Duniye” to bring the Kazakh academic music to every home, to make it more accessible and popular. They have already sent the collections out to all Kazakhstani musical schools. One can buy notes from the “Meloman” network in all cities of Kazakhstan and online.

“Many pieces of music were lack of scores, therefore we had to not only buy out copyrights and publishing rights but also to pay for creation of orchestrations and piano reductions. Great job was done by Adilzhan Tolukpayev who adapted compositions and put them to notes. The entire work was financed by Bulat Utemuratov’s Foundation via our Foundation, and any proceeds from sales come directly to Batyr’s heirs,” says Nargiz Shukenova.

As long as back in May the Batyrkhan Shukenov Foundationb and Bulat Utemuratov’s Foundation agreed to hold the 1st Republican Contest for wood-winders named after Batyrkhan Shukenov – talented solo saxophonist – from 26 to 30 November. The contest was preceded by intensive preparation, as participants had to prepare a serious concert programme, including performance with an orchestra. The first round was held online, and the second and the third rounds were held in the concert hall of the Kurmangazy Conservatoire in Almaty where the relevant public attended: students of the Conservatoire, their parents, music community members and journalists. The event was attended by Batyr’s mom – Dilara Ibragimovna Shukenova, and Yakov Matveyevich Tkachenko – renowned Kazakhstani saxophonist and Batyr’s first teacher.

The winners were selected in five categories: flute, oboe, clarinet, bassoon and alto saxophone, among 28 participants who made it through to the second round of the competition – students and professional musicians. Competitors had to show themselves off in the solo performance, in duet, trio, quartet quintet and ensemble performance accompanied by the “Camerata Kazakhstana” orchestra.

“We have many contests for vocalists, for folk instrument performers, piano and violin players – at a high level. To our opinion, winders were a little bit in a shadow. One of the tasks is to use Batyr’s name to draw more attention to the wind instruments, to this contest and to organize it at a high level: to invite a reputable international jury, to define a level, a point of reference for further work,” says Baurzhan Shukenov.

On 30 November, during the festive gala concert, winners became known – all of them are from Almaty and Astana: Khadisha Yelibayeva won in the “Flute” nomination, Almat Zhailaubayev – in the “Oboe” nomination, Tlek Dautkan – in the “Clarinet” nomination, Olzhas Ashirmatov – in the “Bassoon” nomination, and Arukhat Mussaipov – in the “Alto Saxophone” nomination. Contestants were assessed by the recognised international jury: well-known musicians from France, Germany, Russia and Kazakhstan. Among them – Christian Elin (saxophone), Nikolay Popov (flute), Akim Mukhatzhanov, Nicolas Krauze (conductor), Nuraly Tanatar.

In two years the organisers are planning to enter the internal arena, to invite near and far abroad musicians to participate, that will help to expand the repertoire and to give an impetus for improvement to the Kazakhstani musicians. Baurzhan and Nargiz Shukenov note the importance of the fundamental approach attributable to Bulat Utemuratov’s Foundation which allows them to nurture long-term plans of the Foundation’s activities.

“We have already approved the 2019 programme. Big job is planned for the contest next year – it was decided to hold the contest for brass winders and percussionists.”

In 2019 the Batyrkhan Shukenov Foundation plans to produce a collection of audio and video editions. All solo legacy of the musician will be recorded on discs: two solo concerts and several editions found after his death. Many of them are now unavailable on information carriers, they are not on the Internet. This extensive and important work on preserving the heritage of the eminent culture figure of Kazakhstan carried out by the Batyrkhan Shukenov Foundation management will also be supported by Bulat Utemuratov’s Foundation. One will be able to buy collections in the “Meloman” network of shops where Batyr’s albums were sold when he was alive.