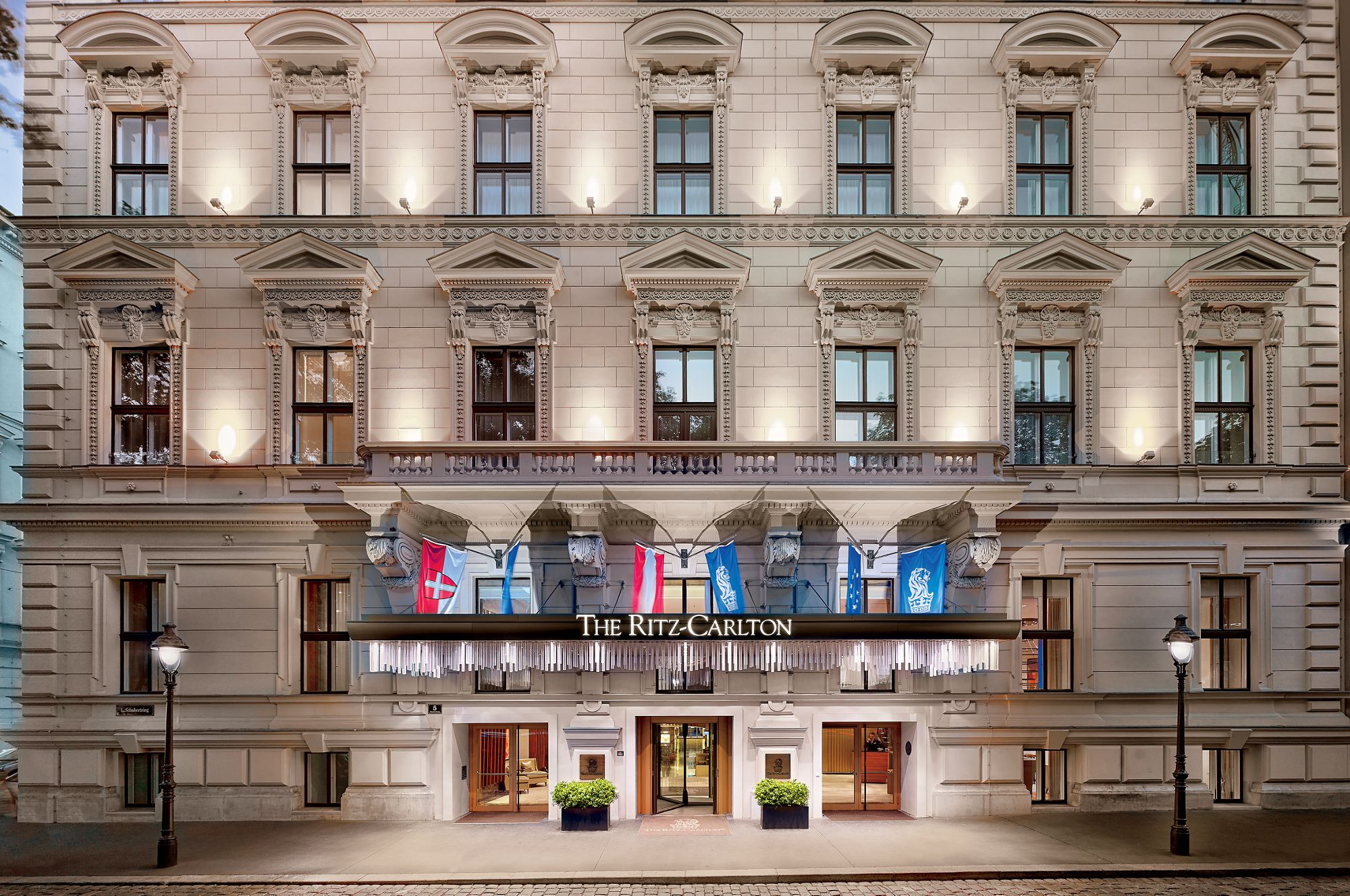 Ritz-Carlton is an international network of luxury hotels. Globally the network is managed by The Ritz-Carlton Hotel Company, subsidiary of the largest hotel holding Marriott International. Marriott International is more than 6,500 properties across 127 countries and regions of the world. Marriott brands are the most successful and high quality ones in the world. For example, The Ritz-Carlton Hotel Company became the only service company awarded with the Malcolm Baldrige National Quality Award twice – in 1992 and 1999. Ritz-Carlton hotels in Astana, Moscow and Vienna fall within the portfolio of the Verny Capital Holding working in the sector of direct investments and managing, inter alia, funds of Kazakhstani businessman Bulat Utemuratov. The Moscow Ritz-Carlton is located in the historical centre of Moscow in the Tverskaya Street, in the vicinity of the Red Square and the Moscow Kremlin – two major sightseeing places of Russia’s capital. This location was always used for hotels: in the XIX century – “Paris”, in which Nekrasov liked to stop, and in the Soviet years – the 22-storey “Intourist”, classical for the socialist republics. The hotel gained its present-day appearance in 2005-2007, when they built a new 11-storey building designed by well-known architect Andrey Dmitriyevich Meerson with a more classical facade in the eclectic style. Well-known Kazakhstani businessman Bulat Utemuratov purchased the project in 2011. Even then, Russian experts called the deal profitable, given the location of the hotel, the functionality of the business and its prestige in the world community.

Next year, 2012, another Ritz-Carlton hotel was added to the portfolio of the holding company – this time in the Austrian capital, Vienna. Bulat Utemuratov opened a 202-room hotel in Schubertring – a famous historical area, close to the Vienna State Opera and the Museum of Fine Arts. The Ritz-Carlton Hotel is housed in two 19th century palaces, which are protected as monuments to the cultural heritage of Austria. Unlike the other two hotels from the Verny Capital’s portfolio, Ritz-Carlton Astana is located not in the historical part of the city, but in the high-tech complex Talan Towers – the holding’s signature project in the sphere of commercial real estate. The whole complex of the Talan Towers is 120 thousand square meters. One tower has “A” class offices, another – the hotel and apartments, and there is a shopping gallery in between.

To build the Talan Towers, an international team of the best consultants, designers, architects and contractors was invited with the aim of creating a new magnet place. Ritz-Carlton Astana cost its owner Bulat Utemuratov 430 million dollars, writes the Atameken Business Channel. The interiors of the five-star luxury hotel Ritz-Carlton with a ballroom, meeting rooms, a spa and a swimming pool, were developed by the hotel interior design company Richmond. The company’s director, Terry McGillicuddy, said in an interview to Forbes.kz: “All rooms and suites of the hotel are distinguished with luxury and glitter, as well as with exceptional service and comfort, as expected from a world-class project.” And the Atameken Business Channel told that the team was inspired primarily by the nature of Kazakhstan: “We tried to bring Kazakhstan’s spirit into the interior of the hotel, using abstract compositions to show the rich nature of this country. When the lobby was being designed, the mountains and rivers of the country became the inspiration for us, so the lines were used there. In doing so, we used the materials of the highest quality. I am so proud of this project.” Ritz-Carlton Astana opened on the threshold of EXPO-2017 in June 2017, so that it was possible to accommodate high-ranking guests in a five-star hotel of a popular international network. The head of state, Nursultan Nazarbayev, cut the ribbon together with Bulat Utemuratov. Kazakhstani politicians, businessmen, celebrities and socialites gathered at the opening – the opening of a hotel of such a level took place in the capital for the first time. Milla Jovovich and Fyodor Bondarchuk were the hosts of the evening, and the guests were entertained by the legendary British band Jamiroquai and incomparable Patricia Kaas.

The hotel was built in compliance with the best international practices of “green” construction: not only were ecological building materials used here, but, for example, all construction waste was recycled. “We deliberately spent a lot of time designing “smart” systems. For example, the sockets in the hotel’s lounge bar are mounted in the backs of sofas and even under the bar counter – for the comfort of customers. We discussed with the designers at length how to implement this technically,” – explained the Director General of the Verny Capital Holding, Yerlan Ospanov, in an interview to Informburo.kz.

In April 2018 the Talan Towers multifunctional complex became the first holder of the gold level LEED certificate in the field of “green construction” in Kazakhstan. The hotel has the total of 157 rooms: 108 Deluxe rooms, 17 Club Rooms, 11 Junior Suites, 10 Executive suites, eight Carlton Suites, and three Ritz-Carlton Suites. The cost of the rooms varies from KZT60,000 for Deluxe to KZT4 million for the Ritz-Carlton suite, depending on the time of booking, season and additional services. Hotel guests can use the spa and wellness center, the fitness center, but almost all the reviews on Booking.com most of all praise the beautiful view of the city from the panoramic windows of the rooms and unchallenged service.

The entire Ritz-Carlton network, regardless of whether this is in Astana, Moscow or Vienna, understands service as something much more than a cozy and beautifully furnished room and a soft bed. Guests who live in luxury rooms, for example, have a personal butler service available. Butler is a professional who becomes the main contact for a guest, available 24 hours. Butler ensures the fulfillment of all the wishes of the guest, becoming his link with all the services of the hotel.

The hotel follows the philosophy of “We are ladies and gentlemen at the service of ladies and gentlemen”, because employees here are considered as the soul and the main advantage. Only loyal and company-loving employees, in whose education the company invests a lot of resources, are able to provide the proper level of service to the guests of the premium hotel. This policy was set by the Marriott International company and is unfailingly maintained by all franchisees, so visiting any Ritz-Carlton in the world guests receive a consistently high level of service to which they are accustomed.

The first-class service is provided by an international team of professionals. “In our hotel, a multinational team consists of hospitality industry experts from very different countries: Peru, France, Turkey, Germany. All of them worked towards the opening of several hotels of our network. I have experience in opening nine hotels of The Ritz-Carlton network,” – says Dennis Kurt Jung from Germany, General Manager of The Ritz-Carlton Astana. Ritz-Carlton welcome guests as family members – make unexpected but always pleasant gifts, look for reasons to pay attention, exceed expectations, and not just provide the basic services listed on the site when booking.