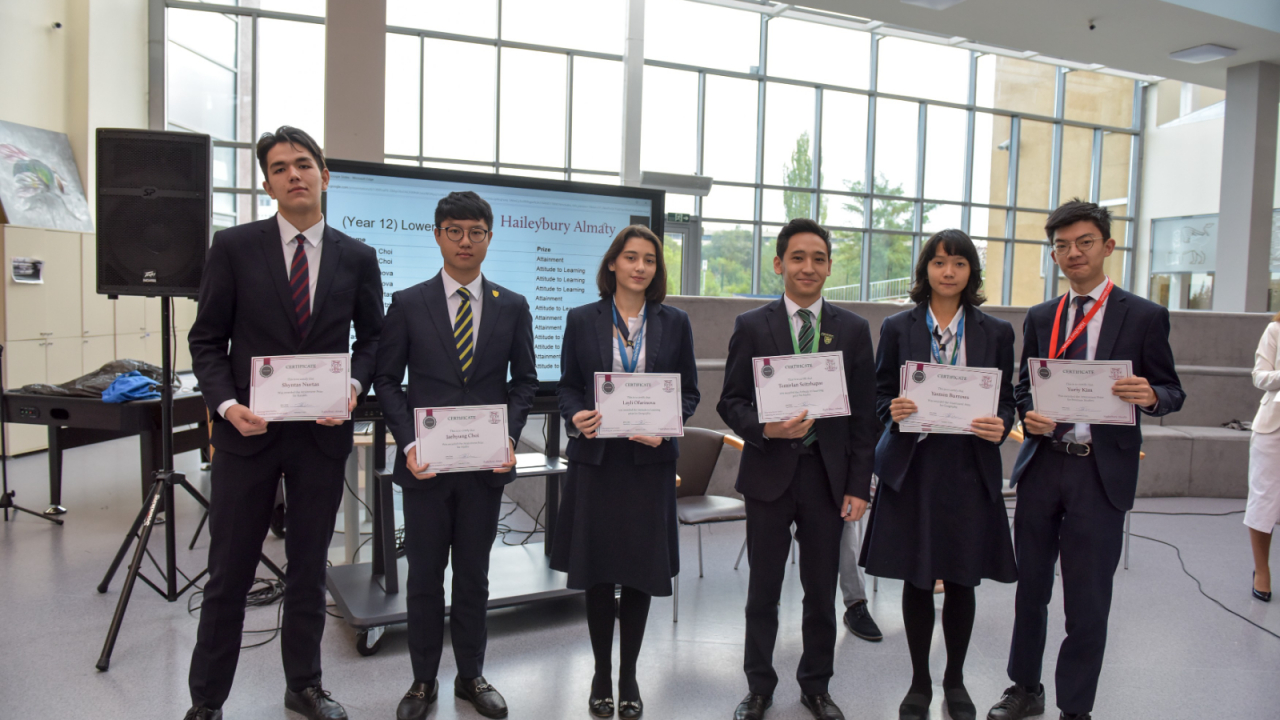 What distinguishes graduates of Haileybury Schools in Kazakhstan and how to get an educational grant.

Haileybury Almaty and Haileybury Astana are private schools, where education is organised in the best tradition of British education. Senior pupils are taught according to special programmes that helps them enter the best universities of the world.

Schools are not a commercial, but a social project. The income is reinvested in creating better conditions for students, and part of it is allocated for scholarships for the free education of talented children. Therefore, Haileybury in Kazakhstan is not a story about expensive private education, but about gifted students, their hard work with the support of professional teachers.

You will recall that the shareholders do not get dividends from the schools, therefore the administration distributes income on its own, directing it to material fitting out and attraction of the best teachers. Haileybury Almaty, for example, is the only school in Kazakhstan that has connected gas equipment and received permission to use gas in scientific laboratories.

The schools hire the best foreign teachers, build additional facilities to develop not only mental but also physical capabilities. So, in 2019 Haileybury Astana opened a new sports centre of 1,851 square metres, and last year they have finished reconstruction of the school theatre.

The schools plan to develop STEM, currently the most modern direction, – an abbreviation that stands for Science, Technology, Engineering and Maths.

Who can get a grant to study at Haileybury Schools

One can enroll in a school based on the results of competitive testing on a paid basis. Gifted Kazakhstanis from the age of 16 can study for free, having received a grant to study in high school. Each year, at the initiative of the principal shareholder, both schools allocate 10 free slots each for the 12th and 13th years of studies.

In the last grades, students are prepared to take tests according to the international pre-university qualifications A-level (in Haileybury Almaty) and the international baccalaureate programme IB (in Haileybury Astana). The schools team cooperate with  the World’s TOP Universities Counselling and advice service, which helps students enter some of the world’s most competitive universities, including Oxford, Cambridge, Russell Group universities and the US Ivy League.

One of the students who won a grant is Shyngys Bilyalov. The young man studied at one of the public schools in Almaty, and is now a student at the University of Cambridge.

“There is a huge difference between public schools and Haileybury. There are only 10-12 pupils in a class, thus everyone has a chance to be actively involved in lessons. The most exciting and tense moment is the time of making applications to universities. It would be almost impossible to enter Cambridge without Haileybury Almaty assistance,” believes Shyngys Bilyalov.

From the new academic year (2021/2022) Haileybury Almaty plans to expand the grants programme: now 13-year-old students will also be able to participate in the competition.

How to enter world top universities

Upon results of the last academic year, five students of Haileybury Almaty got the highest A-level points in all subjects. One of them, Aiganym Raimzhanova, received invitations from several US and British educational institutions at once.

“In the end I was choosing between the University College of London and the Brown University in the USA. Decided to settle on Brown. The process of enrollment at American universities is much more complex: if for British universities I have passed just IELTS and one essay, then for enrollment at the American ones  – SAT, SAT Subject and essays for each university,” tells Aiganym Raimzhanova.

Another Haileybury graduate Gaukhar Alzhanova received an invitation from the Yale University that is one of the Big Three most prestigious universities in the USA.

“This is the school’s merit. Because  it is here that I was taught, apart from international educational programmes, to be engaged in charity, was given an opportunity to take part in the British Science Olympiad and to take the pre-university course in engineering. Teachers gave their references that is so important for applying to study abroad. I think that a combination of factors brought me to my dream – to become a student of one of best world universities,” says Gaukhar Alzhanova.

She advises those willing to enter the top universities to pay a special attention to writing their essays.

“Before starting to draw it up, I advise applicants to seriously think about the main question: “What have I done and am doing to make this world a better place?” After all, it is precisely such students who can bring something special to the student life are looked for by the Ivy League universities,” the girl emphasizes.