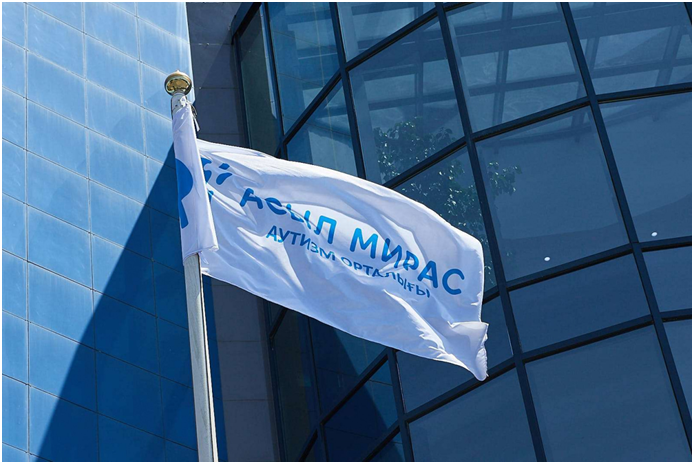 From 2015 Bulat Utemuratov’s Foundation private charity has been implementing the “Autism. One world for all” project. The Foundation has already opened seven Assyl Miras autism centres within this project in various regions of Kazakhstan, where comprehensive and free of charge support is rendered to children with autism spectrum disorders and their families: this includes diagnostics, selection of intervention programmes, monitoring and progress assessment. In total, philanthropist Bulat Utemuratov has allocated 12.5 mln US dollars for this project.

“Assyl Miras” centres use only the most advanced international techniques and practices. From the start of the project in 2015 these have been tried out by over 8,000 children, more than 70% of whom did diagnostics, and 74% of children with confirmed ASD became participants of intervention programmes. On the average, children’s life skills improved twice as a result of intervention programmes. The seventh autism centre opened its doors in July 2019 in the city of Shymkent with the support of the local city administration.  Now children with ASD here too have hope for revealing their special features at the earliest stage, and for efficient intervention for getting life skills and improvement of the quality of life of the entire family.

Raising awareness is one of the important sectors of the activities run by Bulat Utemuratov’s Foundation. According to the official statistics of the Ministry of Health, there are not more than one thousand autistic children in Kazakhstan, but just for the period of work of centres, from 2015, parents of over 8,000 children approached them. And according to the statistics of the US Disease Control and Prevention Centre, ASD is diagnosed in one out of 59 children in the world.

“When we just started our work in this filed, every 159th child in the world was born with autism”, said Director of Bulat Utemuratov’s Foundation Marat Aitmagambetov. “Last year every 59th child was born with this specific feature, and for the beginning of 2019 – already every 49th.”

In May 2019 representatives of Kazakhstani mass media, bloggers and activists witnessed a performance about autism – collaboration of the Assyl Miras project and the modern theatre “ARTiSHOCK”. Guests were invited to the Almaty autism centre but were not warned that there would be a performance. There the theatre actors went before them turning into the centre staff and parents of special children, told real personal stories, lived through and passed on to spectators the emotions which ASD children families feel every day.

This performance became a great opportunity to bring the public attention to the essence and the process of rehabilitation, why and which skills children get in the end, and how this impacts the life of their entire family. As Zhanyl Mukasheva, the Foundation Programme Director, says, skills can be verbal, daily living and social – it is necessary to help a child to form in total up to 1,500 skills. At this, a child might have no skill of indicating, i.e. he or she cannot explain to the loved ones that he is in pain or that he is hungry. In such cases early diagnostics play a critical role, but thist exists mainly in big cities, and the statistics in remote locations by contrast are sad – people are ashamed of special features of their children or have no access to information.

A press event was held for capital mass media and bloggers too. In order to popularize knowledge about ASD and methods of its correction, the Foundation staff held a familiarization conference in Nur-Sultan and asked journalists and opinion leaders to take information to their audiences so that more parents suspecting ASD in their children could bring them to Assyl Miras for diagnostics. The Centre staff also noted that young parents are often unaware of the signs and consequences of ignoring the symptoms of ASD, or they are embarrassed to recognize them, which leads to further complications and a decrease in the quality of life of their children.