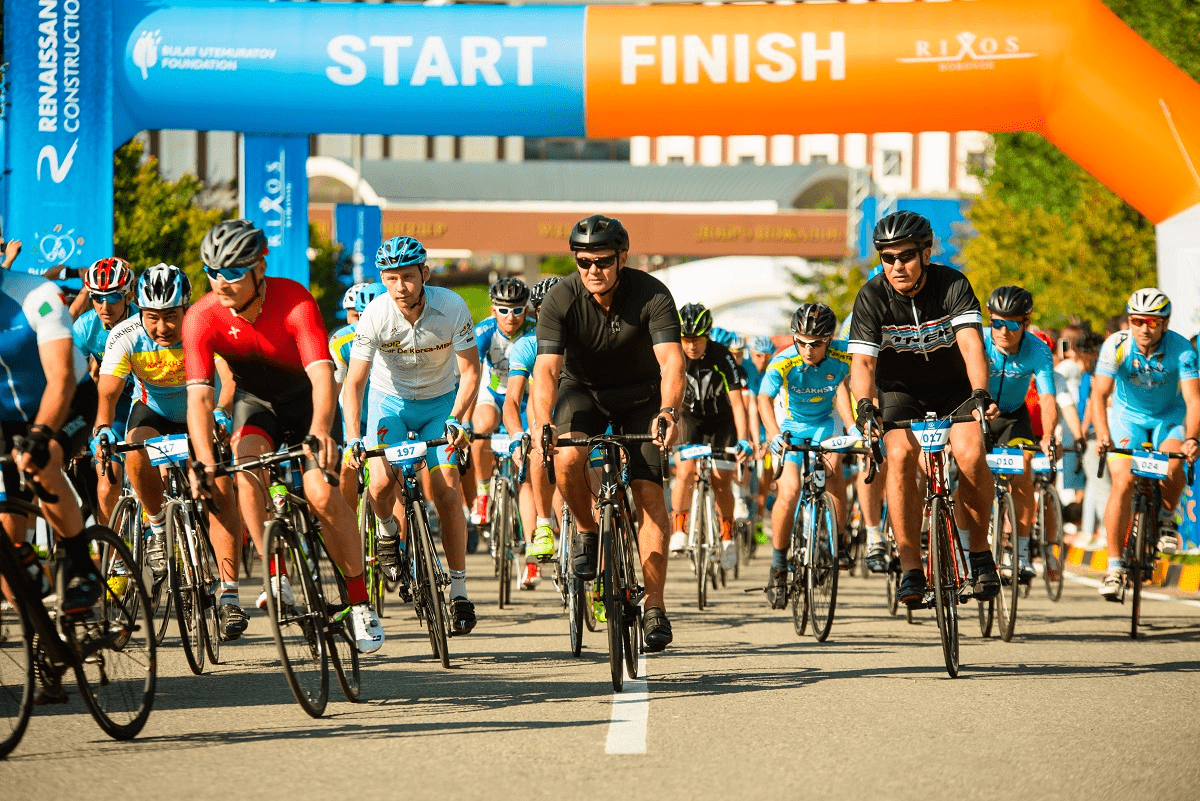 For seven years this charity bike ride has transformed into the mass sports and music festival with the tent camping, performance of stars, master classes, tennis tournaments, bike race and two-day auction.

It is for the seventh running year that Bulat Utemuratov’s Foundation and the Rixos Borovoe Hotel has been holding the charity Burabike Fest in Borovoe. This good tradition was launched in 2013 – then only about one hundred people took part in the bike race. The sum of funds raised through the auction was 11.5 million tenge. This money was spent to buy equipment for the Oblast Perinatal Centre in Kokshetau.

For these seven years the bike ride became a recognizable and anticipated end summer event. Now the number of participants is counted in thousands, and the sum of funds raised – in hundreds of millions tenge. The bike race itself transformed into the sports and music festival where Kazakhstanis come in entire families to not only ride bikes, but also to relax outside. 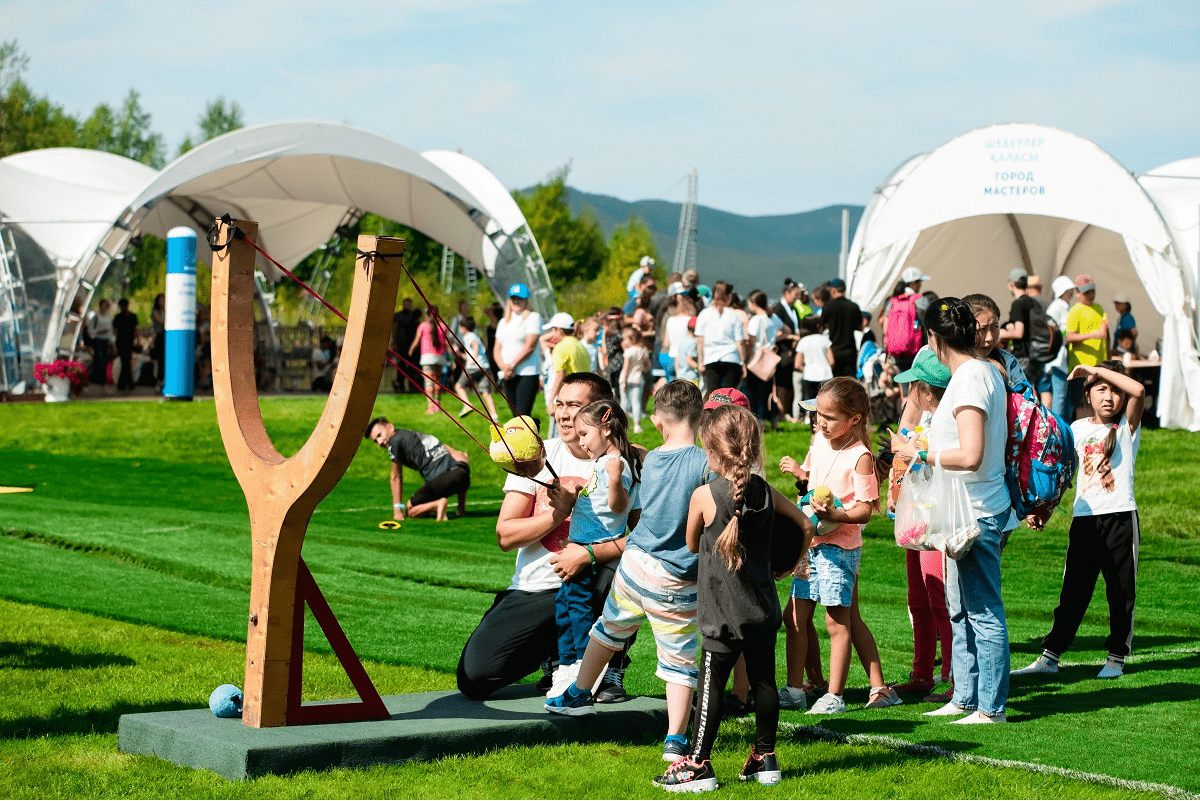 This year the festival’s format was changed due to the large number of participants. First, it became a two-day festival. Secondly, a tent camp was set up in the territory of the Rixos Borovoe Hotel. This turned it more like big international festivals which are traditionally held open-air in the end of summer.

“This year we set up a tent camp, organized concerts, programmes for children”, – tells the festival initiator, Bulat Utemuratov. “This is both sports and family leisure time accompanied by music. People get a lot of pleasure from the bike ride. And what’s most important – the money raised are spent for charity purposes. We annually renew the list of medical institutions which need our support”.

The charity purpose of the festival remained unchanged – collection of money to purchase vitally important equipment for oblast, district and rural medical institutions. For the years the festival has been run, Bulat Utemuratov’s Foundation managed to raise over 1 billion tenge. The festival guests sponsored purchase of equipment for 27 hospitals, rehabilitation and perinatal centres, orphanages, associations of children with special needs.

This year they planned to buy equipment for five medical institutions:

But there turned to be more money raised during the two-day auction. Therefore, the charity festival organizers expanded the list of beneficiaries, having included the District Hospital in Shelek Village, the Petropavlovsk City Rehabilitation Centre and the Traumatology and Orthopedics Research Institute in the city of Nur-Sultan. 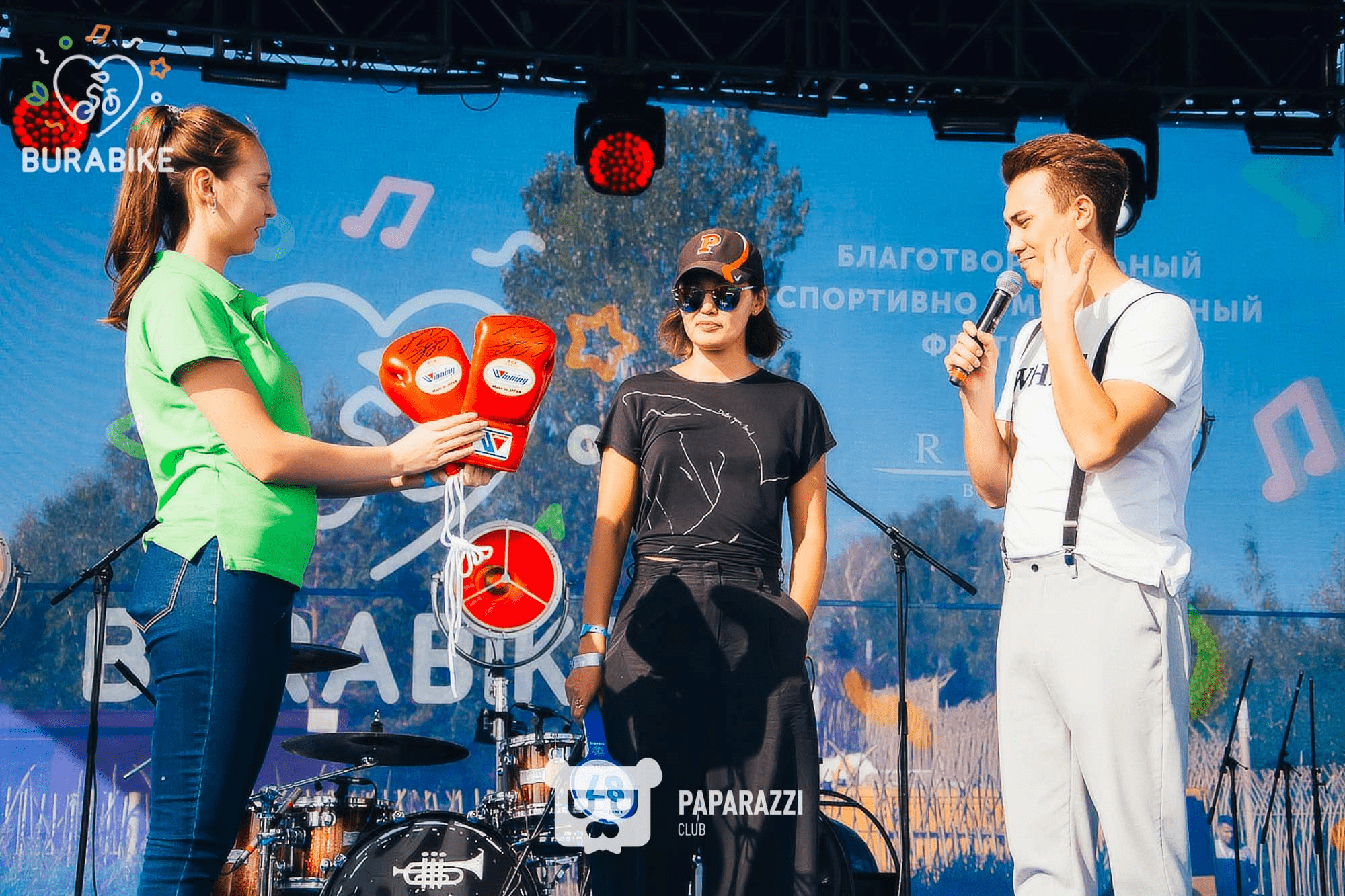 “This year Burabike cracked several records: both as for the number of participants – over 4 thousand people, and as for the amount of charity funds raised – over 300 million tenge”, – says Foundation Director Marat Aitmagambetov. “It’s a record-setting amount. For example, last year we raised 205 million tenge. Thanks to sponsors, philanthropists, participants we will expand the list of beneficiaries.”

This time the festival was attended by over four thousand guests. They could enjoy an eventful programme. On the first day, an amateur race on road bikes was held for two distances: 35 and 70 kilometres. 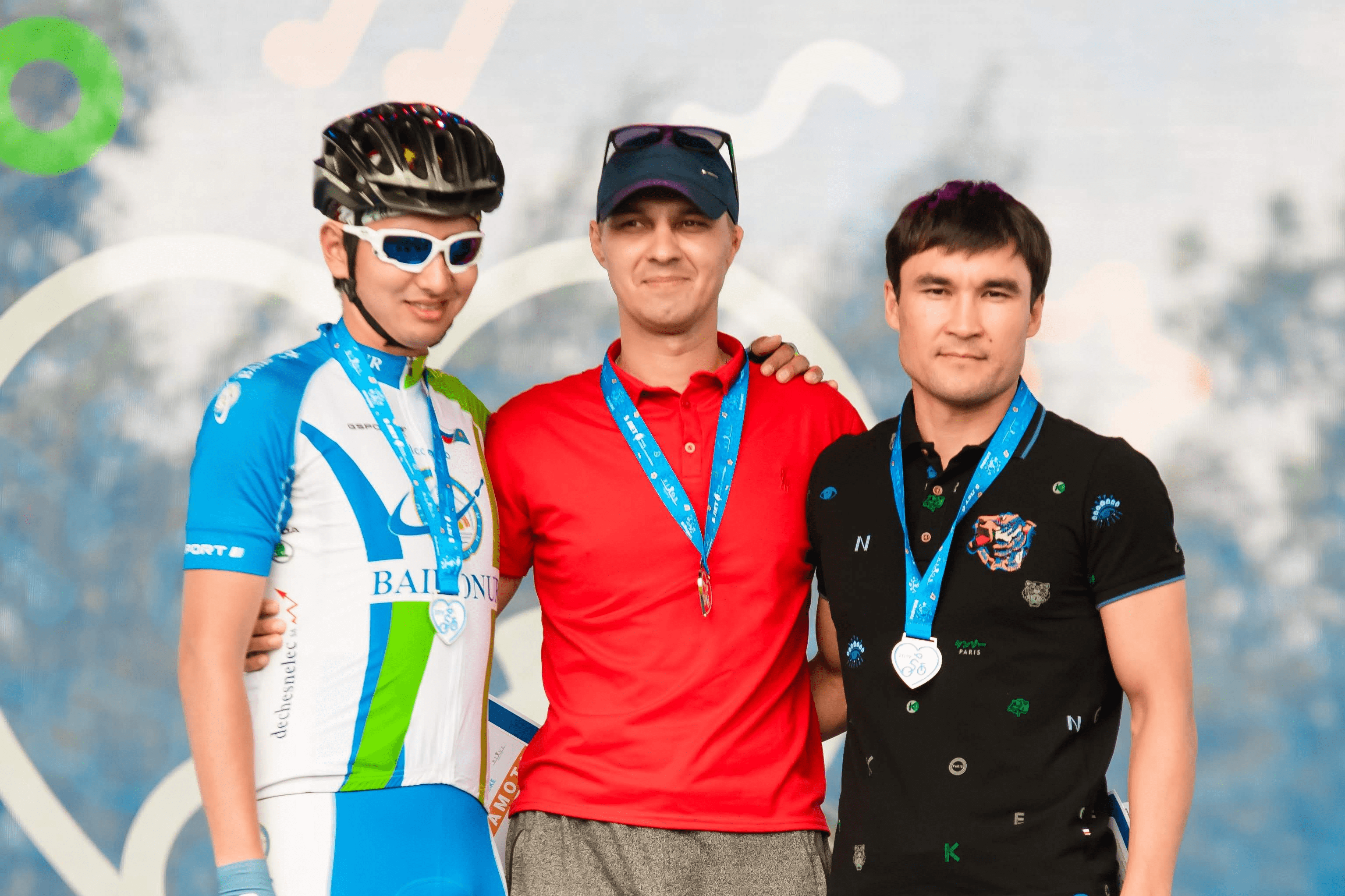 Sports lovers had a tennis tournament, and those who wanted to relax al fresco – watched a concert sponsored by The 31 Channel where Kazakhstani showbiz stars performed.

The first day of the festival ended with a gala dinner and a charity auction for philanthropists and prominent businessmen. The organisers could raise 164 million tenge.

The most valued by buyers lot was a custom-engraved bench which will be put in the territory of the Almaty Botanical Garden after its reconstruction. This lot was sold for 20 million tenge. A set of five flutes out of the collection of Kazakhstani singer Batyrkhan Shukenov was sold like hot cakes for 13 million tenge. 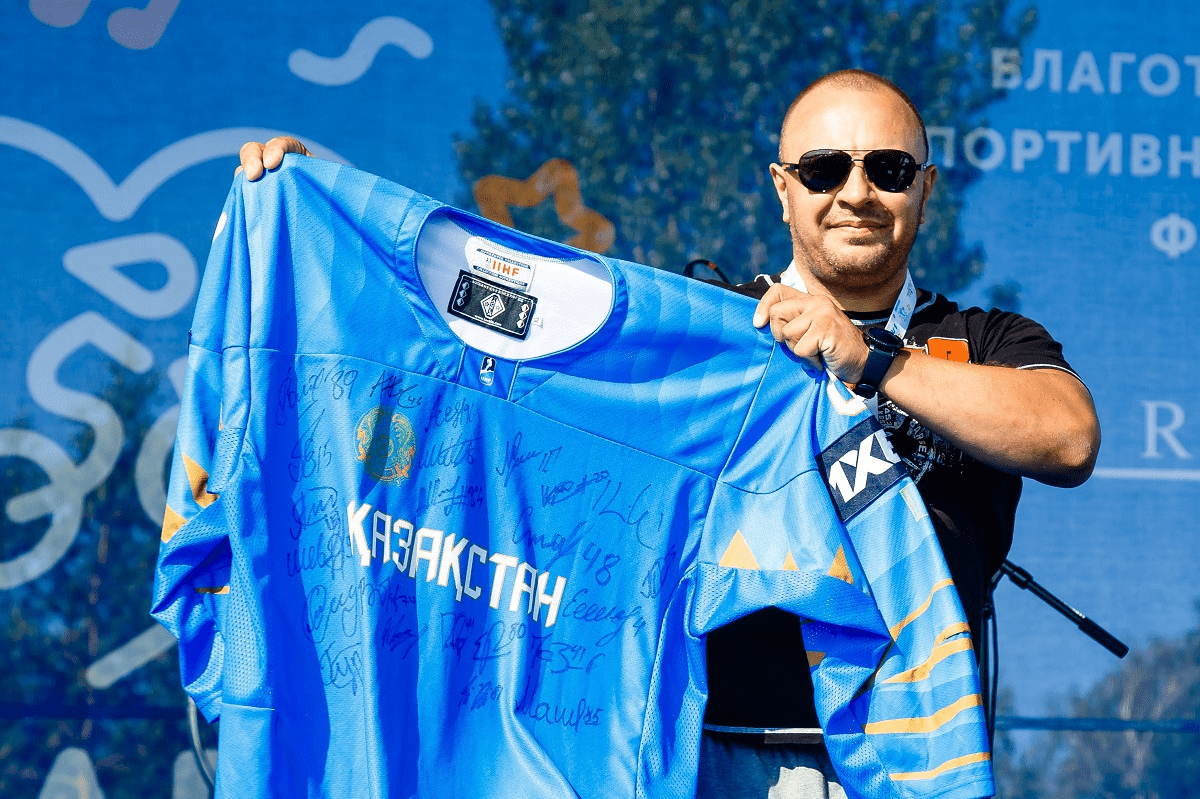 And among the guests one can come across with famed sportsmen, prominent politicians and businessmen like Berik Imashev, Alexander Vinokurov, Raimbek Batalov, Nurlan Smagulov, Arystanbek Mukhamediuly and others.

“The initiative of Bulat Utemuratov is worthy of respect”, – believes the owner of Astana Group, Nurlan Smagulov, who has been taking part in the festival for the seventh year in a row. “First, this is sports, secondly – charity. He combined these two things which I much like myself. The organizer of this festivity is a man of big heart. Therefore, it’s great to toe the starting line together and to have a ride.” 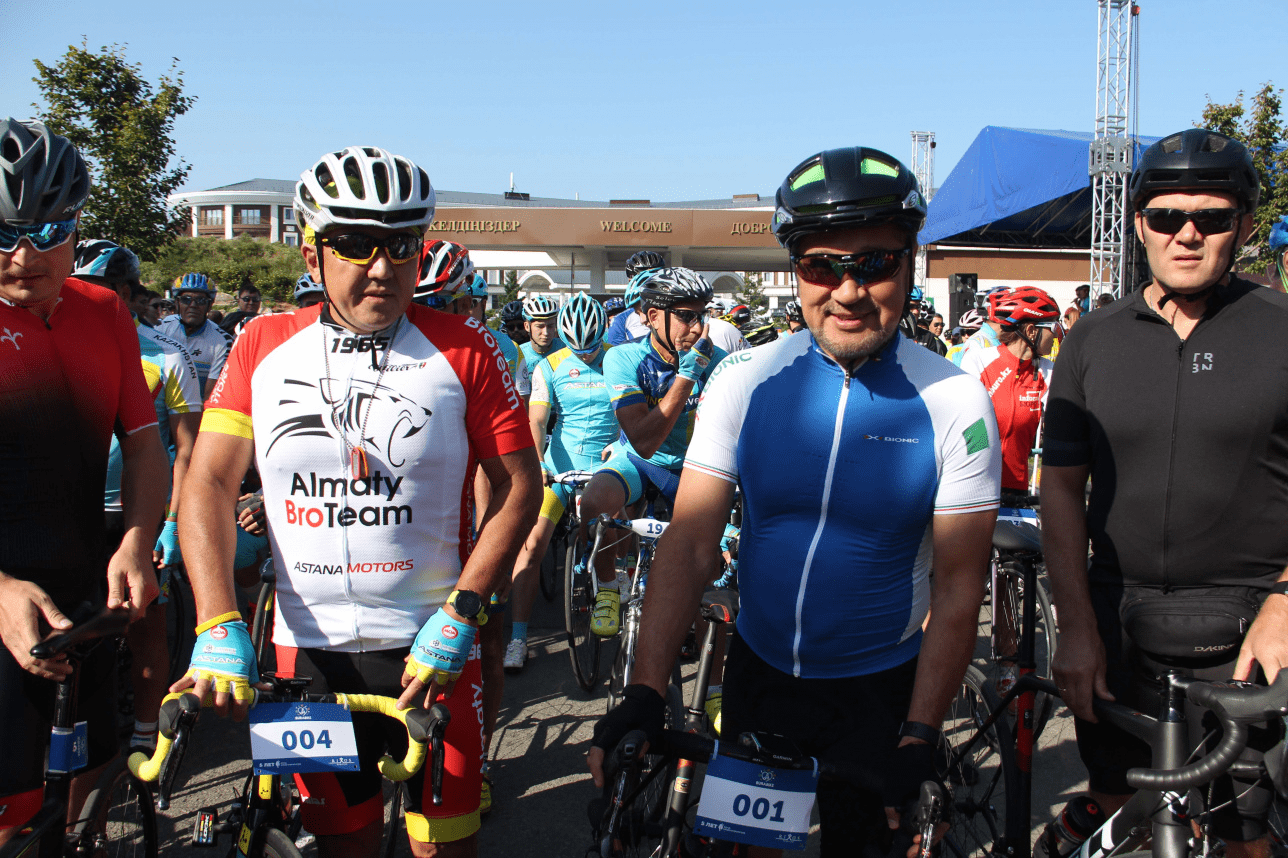 The second day of the festival was not less intense: bike ride of 10 km for all comers, open air, performance of popular Kazakhstani musicians, creative master classes and, of course, the charity auction. This time the organizers raised 6.2 million tenge, including proceeds from the auction, donations and revenues from sales of branded sports outfit. Plus registration fees and sponsor contributions exceeded 130 million tenge. So the record amount of 300.2 million tenge was collected. 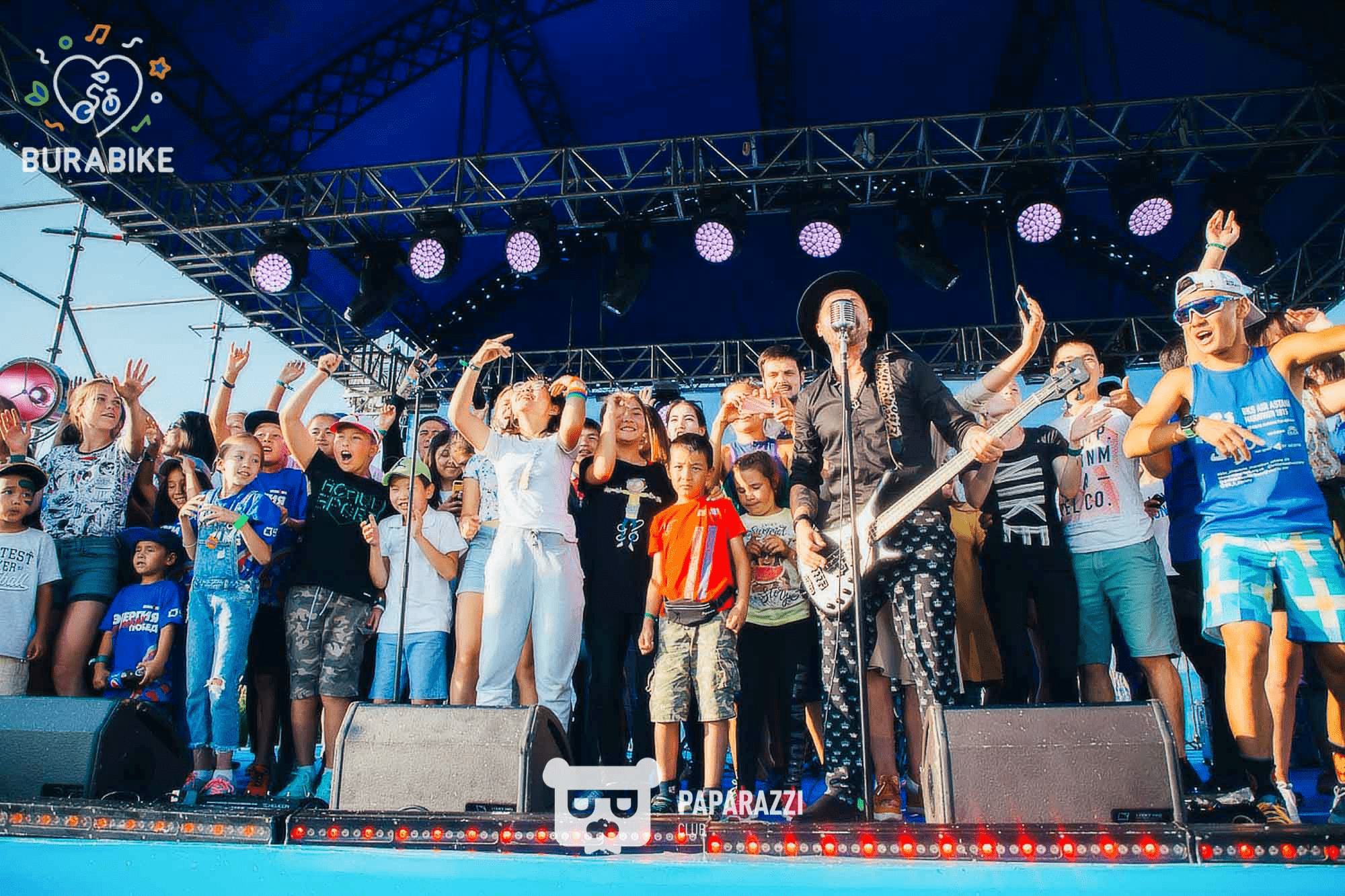 “We are grateful to every participant, sponsor, auction lot buyer for their contributions. Thanks to holding Burabike Fest, quality of medical services is improving in various regions of our country, and people there can get access to the most advanced diagnostics and rehabilitation equipment”, – summarized the Director of Bulat Utemuratov’s Foundation, Marat Aitmagambetov.

Burabike Fest initiator Bulat Utemuratov is not going to change the tradition – next year the Shchuchinsk-Borovoe resort area will again host the open air charity festival. Its format is not yet known, but the organisers promise it will be not less eventful and exciting.