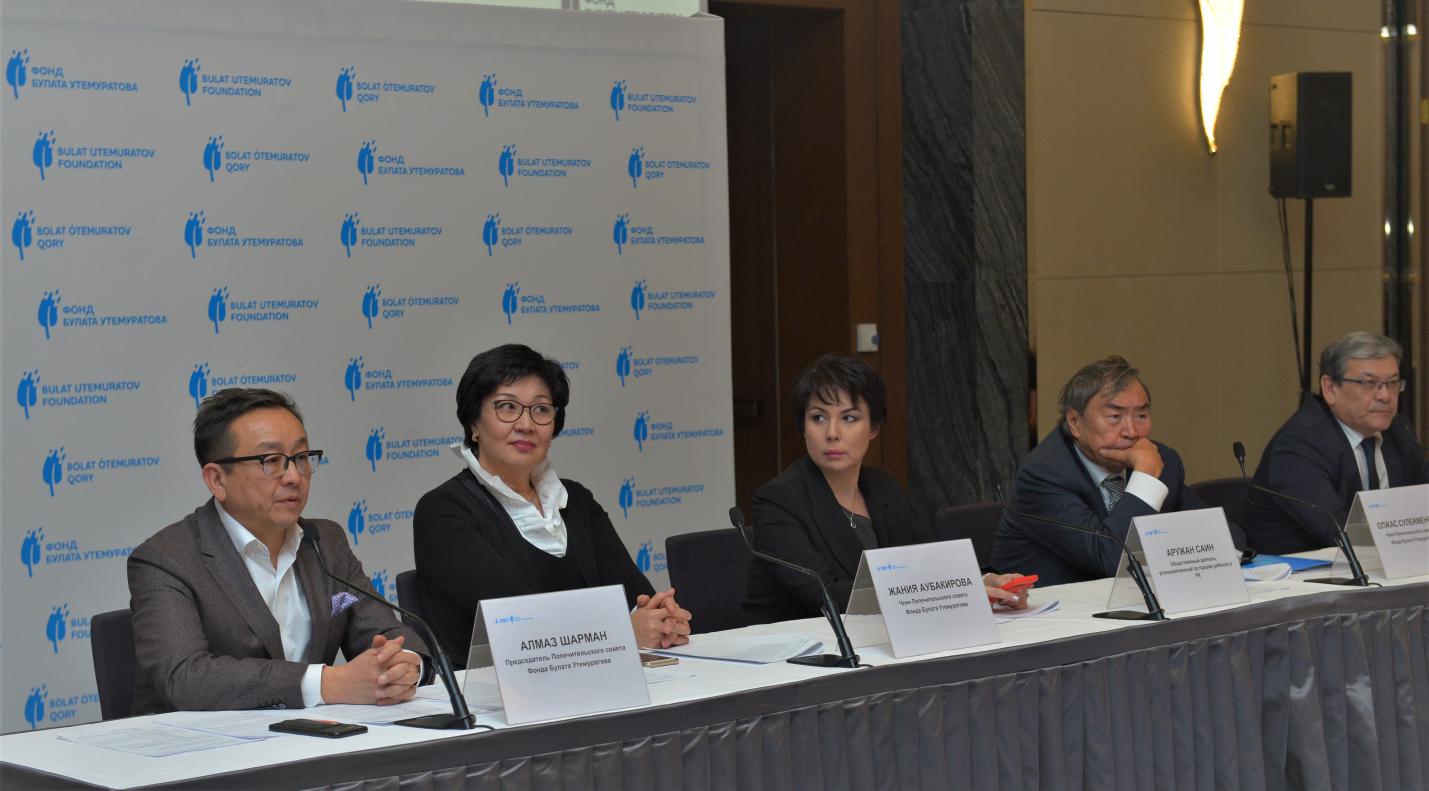 The Foundation is the only one in Kazakhstan which opens autism centres in regions. In 2019 the Foundation expanded its activities and built houses for multi-child families in Kyzylorda and those affected in Arys.

Bulat Utemuratov’s charity foundation has been existing for the sixth year. It was set up in 2014 by prominent businessman and philanthropist Bulat Utemuratov. The Foundation’s mission is to help Kazakhstan to become a better place for the life of people today and in the future. The priority is development and sponsoring of projects in healthcare, education, culture and sports.

In 2019 the Foundation expanded the geography of its charity activities having allocated money for construction of cottage villages for the needy families in regions of Kazakhstan.

Opening of autism centres in regions of Kazakhstan

In 2015 Bulat Utemuratov’s Foundation, at the initiative of its founder, launched the “Autism. One world for all” programme. The main purpose of this project is opening of autism centres in regions. Thanks to the support rendered by the Foundation, autism centres were opened in various cities to help children and their parents.

“In 2019 the number of Assyl Miras centres increased up to eight. New centres – in Shymkent and Petropavlovsk – were added to the existing centres in Nur-Sultan, Almaty, Aktobe, Kzylorda, Uralsk and Ust-Kamenogorsk. In total, over 6 thousand children were enrolled in the Assyl Miras programme for five years of its work, of these children more than 2.5 thousand were enrolled in 2019 only. All the services of Assyl Miras autism centres are free of charge”, emphasised the Chairman of the Foundation Board of Trustees, Almaz Sharman.

Bulat Utemuratov’s Foundation allocated 12.5 million dollars for the “Autism. One world for all” programme.

Construction of housing for the needy

In 2019, at the decision of the founder, Bulat Utemuratov, the Balameken project was started. The essence of the project is construction of houses for multi-child and low-income families. The Foundation’s money was used to build duplex cottages:

“This is a bright example of how passionate, patriotic citizens help their own state to improve the life of compatriots”, noted the member of the Foundation Board of Trustees, poet, writer and literature scholar, public and political figure, Olzhas Suleimenov.

Bulat Utemuratov’s Foundation allocated 1.3 billion tenge for the construction of houses in Kyzylorda and Arys.

Reconstruction of the Botanical Garden in Almaty

From 2018 Bulat Utemuratov’s Foundation has been implementing the reconstruction of the Botanical Garden in Almaty. In spring 2020 the city inhabitants and guests of the southern capital will get a renewed infrastructure, landscaped territory, where new plants will be set out.

“The project was agreed at the public hearings involving representatives of the Akimat (city administration), public council under the Akimat, mass media. This year we have set up two volunteer groups of passionate citizens. The first group performs public control over the reconstruction works, and the second one will be engaged in setting out plants during the forthcoming spring”, told Marat Aitmagambetov, Director of Bulat Utemuratov’s Foundation.

The main purpose of this project is to restore the green oasis of the city in compliance with the original plans of its layout done in 1932 and taking into account the best samples of the world botanical garden designs.

For several last years, Bulat Utemuratov’s Foundation has been rendering financial aid to Kazakhstanis affected by floods. In 2019 the so called Aid Cards issued by ForteBank were received by people in Karaganda, North Kazakhstan, Akmola and Almaty Oblasts. The total of 400 families received in summary 54 million tenge.

These are people whose houses were damaged by spring floods. The priority is given to lonely pensioners, disabled, single mothers, multi-child and low-income families.

Besides, 2,000 people affected by explosions in Arys received monetary aid for the total amount of 60 million tenge.

The biggest charity event of the country – sports and music festival Burabike-2019 – has beaten all records of the previous years.

This time the fest format was changed and expanded – two days of competitions, master classes and concerts in the open air. The festival was attended by over 4 thousand people, and the sum of charity donations reached 300.2 million tenge.

This money was spent to buy expensive medical equipment for hospitals in remote areas of Kazakhstan.

Bulat Utemuratov’s Foundation has been for two years supporting projects of the Batyrkhan Shukenov Foundation. Among these:

In 2020 Bulat Utemuratov’s Foundation will continue the adopted strategy and will expand the current projects.