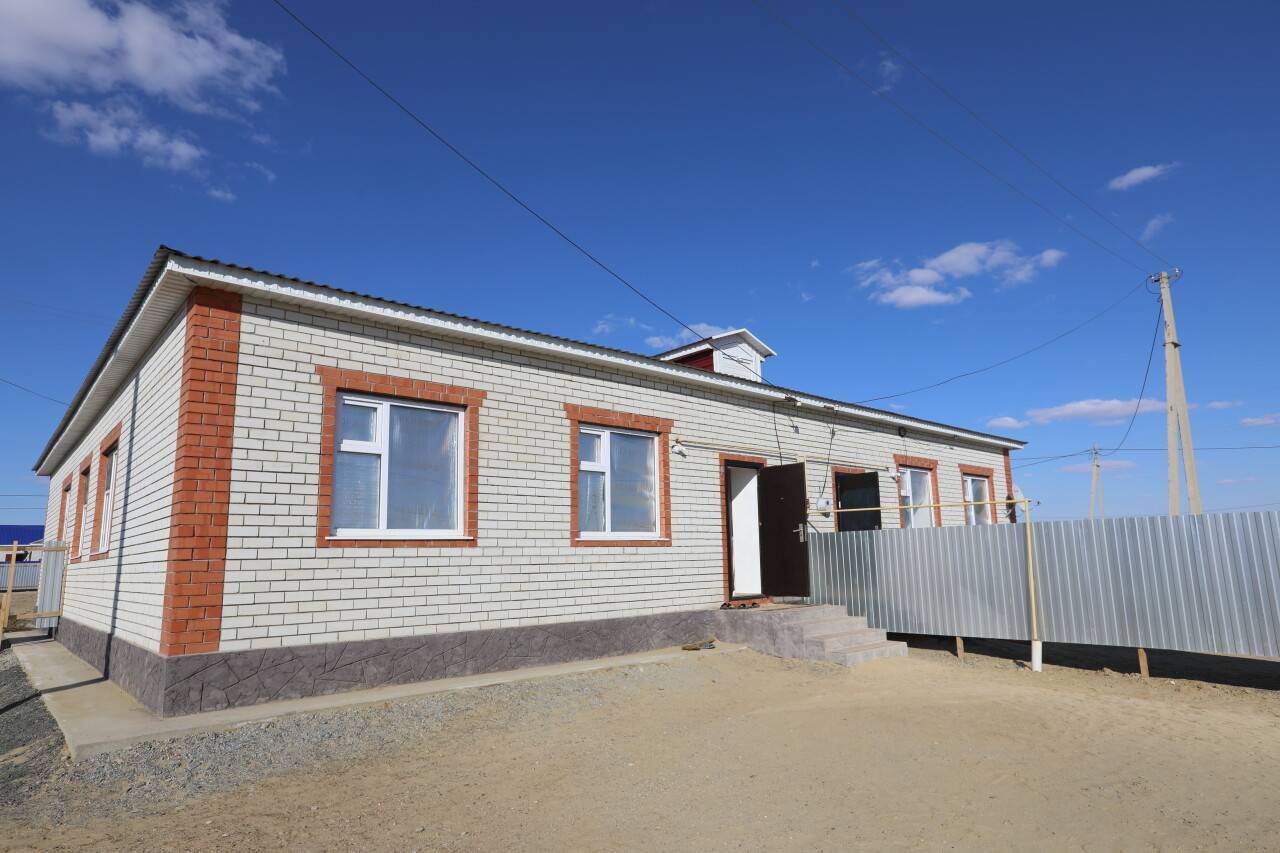 A charity foundation allocated 291 mln tenge to buy apartments for the residents of the Aralsk District where this year’s drought caused a massive loss of cattle. Another 263 mln tenge – for the needs of the affected villagers.

Forty needy families received keys to new apartments in Aralsk on 6 October. The sponsor of new homes – Bulat Utemuratov’s Foundation – allocated almost 300 mln tenge for purchase of 10 new blocks of apartments housing 20 three-room and 20 two-room apartments. In addition to new apartments, each family has the right for a land plot of six are and, as an icing on the cake, for a gas stove and a hot-water boiler.

According to the Akim of the Kyzylorda Oblast, Gulshara Abdykalikova

, apartments were given free of charge to the people on the waiting list from socially vulnerable groups of the population.

“14 families lived in an old crumbling building. They were the first to move in the new apartments. Recipients of other apartments are multi-child families, orphans, abandoned children, disabled people and families upbringing disabled children. I express gratitude to Bulat Utemuratov’s Foundation which initiated this charity project and brought joy to the families,” said Gulshara Abdykalikova.

Houses for the needy were bought within the framework of Bulat Utemuratov’s Foundation’s “Balameken” project. For three years, the Foundation has allocated  4.1 billion tenge to provide housing for 390 families:

“This year the Foundation sponsored purchase of new apartments for 40 families in the Aralsk town for the amount of about 300 million tenge. The project was implemented in close cooperation with the Akimats of the Kyzylorda Oblast and the Aralsk District and we are very grateful for their support. I wish the new settlers a happy, peaceful life in their new homes. Let comfort, prosperity and warmth reign in your houses,” said Marat Aitmagambetov, Director of Bulat Utemuratov’s Foundation

Guldariya Mizhanova – resident of Aralsk, mother of eight – does not hide her feelings: “It’s a happy day for us today – we have received keys to the new home! The apartment is light, clean and has modern conveniences, we like it very much. We extend a heartfelt thank you to Bulat Utemuratov’s Foundation and the Akimats of the Kyzylorda Oblast and the Aralsk District.”

This July Bulat Utemuratov’s Foundation allocated 263 million tenge to provide aid to the drought-affected Aralsk District. The money was spent to reconstruct the “Aspay” water discharge structure that was built in 1974 for irrigation of the Kamystybas-Akshatau lake system. For the last four years, no water was coming here from the Syrdarya River. After the reconstruction, even the Small Aral Sea began to fill up.

“Thanks to the timely financial support of Bulat Utemuratov’s Foundation, urgent actions were taken to reconstruct the discharge structure. Today one can see the outcome of this work – water level in the lakes has been gradually raising. Now water, having overflown the “Aspay” structure, comes to the northern part of the Aral Sea,” told Akim of the Aralsk District Serik Sermagambetov.

In addition, the money allocated was used to purchase hundreds of tons of compound feed for livestock of 1,318 low-income families who found themselves in a difficult situation. This will be enough for the period from the fall of 2021 to the spring of 2022. Aid was received by four villages (Kamystybas, Amanotkel, Sekseuil and Bogen), as well as by two rural districts (Bugun and Karaterek).

“This money was used to buy forage and agricultural machinery: tractors, hay mowers, ploughs, balers for stocking up the fodder supplies. The collected hay will make it possible to provide villages affected by drought with forage. We hope that the assistance received will allow local farmers to preserve the entire livestock population,” said Marat Aitmagambetov, Director of the Foundation.

Bulat Utemuratov’s Foundation was set up in the beginning of 2014. The Foundation’s mission is to help Kazakhstan to become a better place for people’s life today and in the future by promoting health, education and culture development. The idea of creating the Foundation belongs to its founder, Bulat Utemuratov.