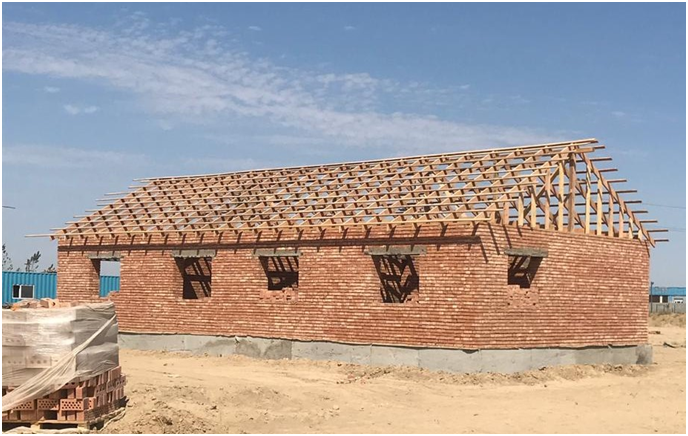 The Foundation allocated 2 million dollars for construction of houses and gave out monetary aid to 2,000 inhabitants of Arys.

Without exaggeration, the major national misfortune of summer 2019 in Kazakhstan was explosions at the ammunition depot in the territory of a military base near Arys in the Turkestan Oblast. The explosion rang out on 24 June, approximately at 09.20. The town population, about 40 thousand people, was evacuated over the next few hours. As a result, two people died, more than a hundred people were taken to hospital, and hundreds of families were left without a roof over their heads.

The private charity foundation of businessman and philanthropist Bulat Utemuratov launched two projects at once to efficiently render aid to victims and to run the post-accident cleanup: first, the Foundation allocated 2 million dollars within the “Balameken” project for construction of houses for 100 families whose houses suffered from the explosions the most, and second, gave 60 million tenge as targeted financial assistance to 2,000 victims via ForteBank cards within the “Aid Card” project involving the Red Crescent Society of Kazakhstan.

Within the framework of the first area of ​​assistance, the Foundation will provide for and supervise the construction of 50 duplexes designed for two families each. Commissioning of ready-to-move-in houses, equipped with all necessary household appliances, kitchen equipment and bathroom fixtures, is scheduled for mid-September this year, the Foundation representatives report. Each house will have a plot of 10 acres, which will allow newcomers to set up a vegetable garden or an orchard. All communications and infrastructure necessary for a comfortable living is being laid out simultaneously with the construction of houses.

The house construction project is a continuation of Bulat Utemuratov’s initiative “Balameken” which was first launched this summer in the Kyzylorda Oblast. Then, houses with all modern conveniences were given to 100 low-income multi-child families.

The second area of assistance rendered to Kazakhstanis affected by explosions in Arys was distribution of targeted aid within the framework of the “Aid Card” project. Bulat Utemuratov’s Foundation allocated 60 million tenge, distribution of which was assisted by employees and volunteers of the Red Crescent Society.

“Aid Card” is a modern, technological and efficient format of provision of the first humanitarian aid which allows to render the speediest and targeted assistance to the most vulnerable strata of population – multi-child families, pensioners, single mothers and disabled who are brought out to light by the Red Crescent Society volunteers. The needy are given aid in the amount of 30,000 tenge per each family member by wire transfer to the ForteBank “Aid Card”.

The “Aid Card” project was launched in spring 2018, at the height of the season of floods which are considered to be the most common natural risk in Kazakhstan. Then assistance under such a scheme was rendered to 863 families in the East Kazakhstan Oblast. The amount of assistance was 81,690,000 tenge. In 2019, monetary aid within the project was dispersed to those affected by spring floods in Karaganda, Akmola, North Kazakhstan and Almaty Oblasts for the total amount of over 56 million tenge.