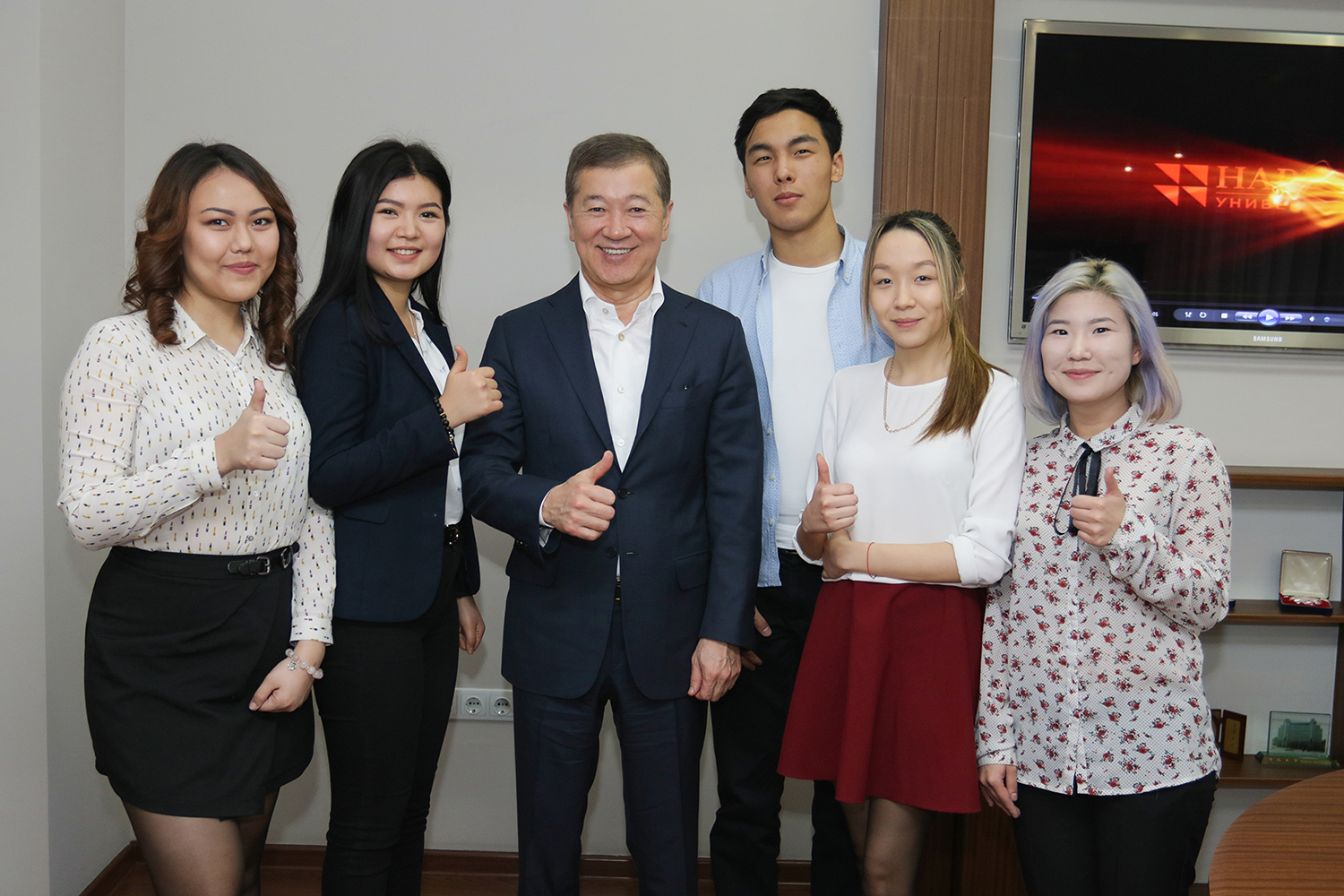 “Corporate social responsibility” and “social investments” – these terms are heard among Kazakhstani businesses more and more often. Sometimes these definitions are equated to traditional charity, but there are also companies which, within the frameworks of the corporate social responsibility, make long-term investments in projects with a big potential of repaying to the society. Higher education is one of such fields.

As of 2016, businessman Bulat Utemuratov has invested over 40 billion US dollars in the development of one of the oldest economic higher education institutions – University named after Turar Ryskulov which is now called “Narxoz University” (several years ago this “common name” was made official). For the last 10 years the profit got from the University activities have not been taken out but has been re-invested in the development of the technical, sports and pedagogical base. These investments helped to fully transform the education process, to invite foreign educational experts, in particular the former head of the top management, Krzysztof Rybinski (currently Narxoz has a new rector and the story of him is worth a separate article). As a result, Utemuratov managed to return the University to one of the leading positions in the country’s higher education market.

“Lack of professional cadre, no access to the advanced technologies, flourishing corruption – that was how we found this University in 2005 when decided to invest funds in it. Tremendous changes have been made for 10 years. During a crisis, the country pressingly needs its own high-quality specialists in various fields of the economy”, – says a graduate of Narxoz, philanthropist Bulat Utemuratov.

Having reported on the outcomes of the work done in 2016, the investment group managed by Utemuratov continued to invest in the society through scholarship programmes for talented students of the Narxoz University. Starting from September 2016, the best school leavers can aspire to five Bulat Utemuratov’s personalised scholarships, some more 100 grants are given to talented prospective students by the Verny Capital group of companies in partnership with JSC ForteBank. Bulat Utemuratov scholarships are needed to help educate gifted entrepreneurs who can positively influence the economic development of Kazakhstan.

“I have enrolled in Narxoz in 2016”, – tells second year student Temirlan who came to Almaty from Pavlodar a year and a half ago. “Despite the mathematical profile of my school, I was interested in economics and having enrolled for a technical profession felt at a loss. I got everything right but did not enjoy the process. Decided to change my subject specialism and the choice turned to marketing. I studied psychology for a long while, and marketing cannot be done without it. I have never regretted the change of my subject specialism; apparently my unconscious has rightly put me on the track of a marketing professional”. Answering the question what exactly he has got from the personalised scholarship, Temirlan says: opportunities.

The scholarship initiative will let equate chances for success among the students from different regions and social strata of the society. Lack of finance should not be an obstacle on the way to the quality business education, Bulat Utemuratov believes, therefore each of the five annually granted scholarships fully covers not only the four years of tuition for the intramural form of study, but also the campus accommodation expenses and monthly payments of allowance in the amount of 60,000 tenge. The scholar just needs to focus on the studies and keep his/her GPA at least 3.5. There are many pluses: enhanced stipend, paid on-the-job training abroad, practice with partner companies” – shares Temirlan. “But there is also the reverse side: more responsibility falls on our own shoulders, we are always under close attention. But sure enough this stimulates, helps to keep the pace. Last summer we went to Coventry to take classes in the summer school. One cannot do without English nowadays.”

In addition to the standard curriculum of the Narxoz University, a scholar is to be provided with a workplace and a personal mentor out of the range of entrepreneurs collaborating with the MOST business incubator located at the same place, in the territory of the Narxoz University. The scholarship also covers all expenses for the compulsory annual participation in a summer school abroad.

“For me personally, Bulat Utemuratov’s scholarship gave a chance to choose my future”, – Madina Shompanova, third year student of the Narxoz University, comments. “I now do not depend materially on my parents, live in the residence hall, that helps a lot as I am not from Almaty. In other words, I gained independence. Throughout the whole academic year I had the University Rector, Krzysztof Rybinski, as my mentor. He supported publication of my first article and gave important advice for my studies and choice of profession. The English language courses and the summer trip to England considerably improved my English: I have moved from the intermediate level to the advanced one.”

Madina is the 3rd year student, is fluent in 4 languages, leads “MediaLab” student organisation which is engaged in photography and video filming, arrangement of events related to the media as well as in courses and lectures on film production and direction. “I believe that Bulat Utemuratov’s scholarship gives an opportunity to self-actualise. The process of education at Narxoz, participation in various events, student organisations, courses will ultimately make us the valuable cadre who in the future will manage to set up their own businesses and achieve economic prosperity for the country”.