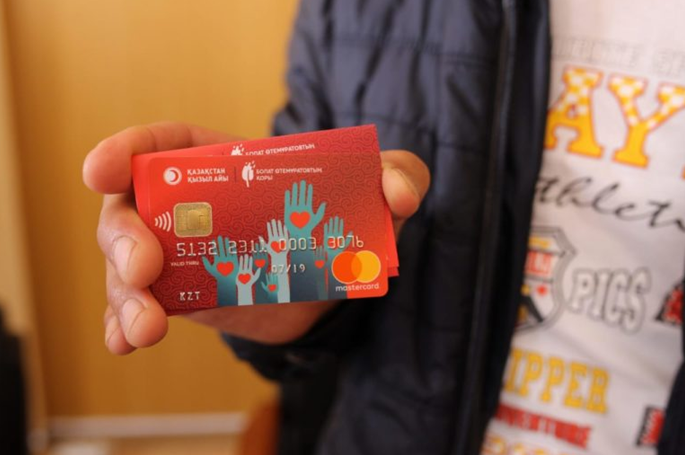 Floods are the most frequent natural disaster in Kazakhstan. Usually they happen in spring and affect East Kazakhstan, South Kazakhstan, Karaganda, Kostanay and Akmola Oblasts. Aid to the affected population is traditionally provided by local administrations, local departments for emergency situations and the Red Crescent Society of Kazakhstan. In 2018 Bulat Utemuratov’s Foundation became an active participant of disaster assistance too.

“In 2017 we managed to get personally acquainted with Bulat Utemuratov. We offered cooperation in various sectors, including in rendering aid to people in emergency situations”, says Aslan Tussupzhanov, Head of Communications, Red Crescent of Kazakhstan. “Jointly we came up with an effective format of dispersing targeted monetary aid to people affected by natural disasters, and Bulat Utemuratov’s Foundation and ForteBank also joined it in: in the event of emergency situations, Bulat Utemuratov’s Foundation allocates funds, our volunteers find among the affected people those from the socially vulnerable strata of population: multi-child families, single pensioners, single mothers, disabled and families with disabled get assistance in the amount of 30,000 tenge per each member of a family by bank transfer to the ForteBank “Aid Card” and can spend this money for what they really need.”

According to the Head of Communications of the Red Crescent of Kazakhstan, collection of humanitarian aid for victims of natural disasters is often carried out spontaneously and because of this aid sometimes turns out to be not needed and untimely. For example, people in one part of the country might have collected warm clothes and hygiene kits to support victims of a natural disaster, while actually the affected population might urgently need food products or something else. It happened in 2015, when serious floods overtook the Karaganda Oblast.

“Here, in Almaty, humanitarian aid collection centres were organised, where we were involved too. Sorting clothes, we noticed many good-for-nothing things. As a result, much of what was given to us had to be thrown out. Besides, sorting, logistics and distribution of such aid requires a lot of resources. Later we talked a lot about timeliness of aid and its relevance. Monetary aid is always more convenient both for people who want to donate and for people who are in trouble, – we will never be able to find out 100% what they really need”, – says Tussupzhanov.

Money comes to the card, and it cannot be converted into cash but can only be spent in shops as a non-cash payment through POS-terminals. Validity of such “Aid Card” is 3 months. It is important to note that the card cannot be used for purchase of alcohol and tobacco products. In ForteBank, they note that the main expenses of the “Aid Card” recipients were made in grocery stores, pharmacies and construction supermarkets.

The project was launched in spring 2018. Then, aid was received by 863 families (2,723 people) in the East Kazakhstan Oblast for the total amount of 81,690,000 tenge. In 2019 floods started in mid-April and lasted till mid-May. By the date people were rendered assistance for the total amount of around 36 million tenge. It was received by 1,000 people from Aksu-Ayuly Village (Karaganda Oblast), the city of Kokshetau and Staryi Koluton Village (Akmola Oblast) and the city of Petropavlovsk hit by floods this year.

This is a good example of joint work of philanthropist Bulat Utemuratov acting through the foundation, the corporate sector acting through ForteBank, which covers the technical part and monitors the transparency of transactions, and a public organisation represented by Red Crescent who works directly with the public, providing the required information and reporting on the work done.