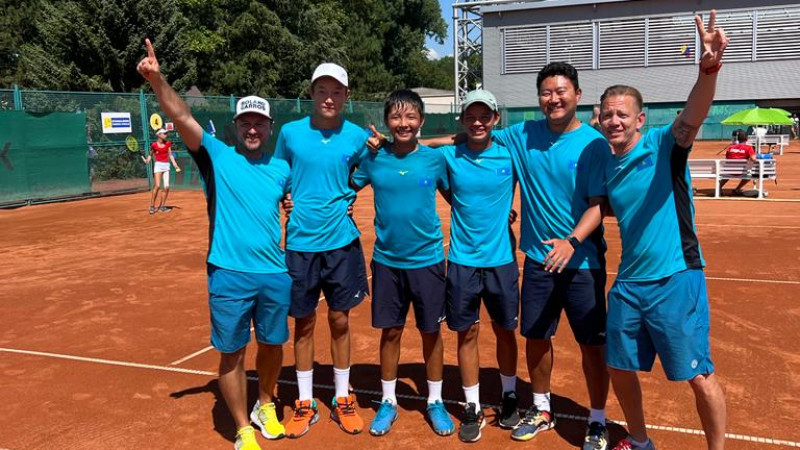 Kazakhstani juniors continue to make history at the ITF World Junior Tennis Finals, the world championship among players under 14, which is taking place these days in the Czech city of Prostejov. In the final third match of the group stage, the Kazakhs sensationally defeated the reigning world champions.

The first to enter the court was the hero of yesterday’s playing day – Daniel Tazabekov, who went on to compete with Salvatore Tartaglione. Daniel won the first set “at zero”. A struggle ensued in the second game, but the Kazakhstani managed to make a break in the fifth game and bring the match to victory – 6:0, 6:3.

A real thriller was staged by Zangar Nurlanuly and Antonio Marigliano. The first set was in favour of the Italian – 6:4, in the second game Marigliano led 3:1, but the Kazakhstani not only equalized the score, but also snatched the victory – 6:4. In the decisive third set, the game went like a swing: opponents took games on the other’s serves. The turning point came in the eighth game. On his second attempt, Zangar took the opponent’s serve and took the lead with a score of 5:3, and in the next game he put an end to both the set and the match – 4:6, 6:4, 6:3. The national team of Kazakhstan for the first time in its history reached the quarterfinals of the youth world championship.

Immediately after the game, the team got congratulations from Bulat Utemuratov, President of the Kazakhstan Tennis Federation, via video link. He noted a brilliant result and wished the guys good luck in the playoffs.